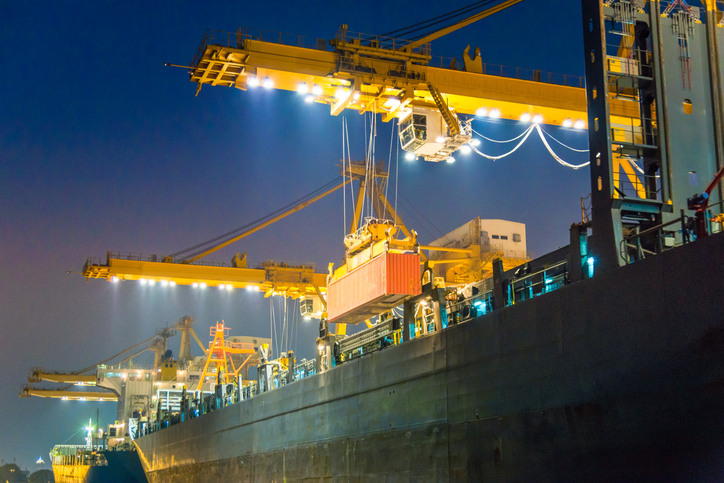 Konecranes and Cargotec have outlined their disagreement to the Competition & Market Authority’s (CMA) concern regarding a merger between the two companies.

The CMA’s decision made on 26 November found that the merger would lead to a “significant reduction” in competition in the supply of container handling equipment product.

The CMA’s investigation analysed data on bidding for previous contracts and internal business documents on competition in the sector. The CMA also engaged with stakeholders to inform its findings.

“The evidence gathered by the CMA consistently shows that Cargotec and Konecranes are both major suppliers of container handling equipment, competing closely for business in the UK, and that UK customers would have few remaining alternative suppliers after the merger,” the regulator wrote.

“While Cargotec and Konecranes have suggested that there would be an increased competitive threat from Chinese suppliers in future, the independent inquiry group found that this would not be sufficient to prevent the significant loss of competition that the merger of two key established suppliers would bring about.”

Martin Coleman, Chair of the CMA inquiry group, said, “Container handling equipment plays a key role in the smooth running of UK ports, moving millions of containers each year to make sure that goods arrive safely on our shelves and British businesses are able to supply their customers overseas.

“This is the first phase 2 investigation that the CMA has conducted in parallel with a review by the European Commission since we left the EU, and this has allowed us to focus specifically on how the merger affects people and businesses within the UK.

“We are currently concerned that this merger could lead to a reduced quality of service or higher prices for port terminals and other customers of container handling equipment. Our competition concerns need to be addressed to ensure that these customers are not worse off as a result of the deal, and there is no negative impact on UK consumers and businesses.”

The deal is being reviewed by a number of competition authorities. While each investigation is being carried out independently, the CMA has engaged closely with other agencies – and continues to do so – to help progress its investigation.

Konecranes and Cargotec have responded to this provisional conclusion and disagreed.

Despite this, both companies will consider the contents of the report and continue to engage with the CMA but will also continue dialogue and cooperation with other relevant competition authorities such as the European Commission and the US Department of Justice. They are also considering ways to mitigate some of the concerns raised by these different authorities.

Both companies remain confident that the merger will be completed by the end of H1 2022 and until the merger is final and all closing conditions are met, they will continue to operate separately and independently.

Further announcements on the merger control processes will be made in due course.

These will be considered ahead of the CMA issuing its final report, which is due by 1 April 2022.