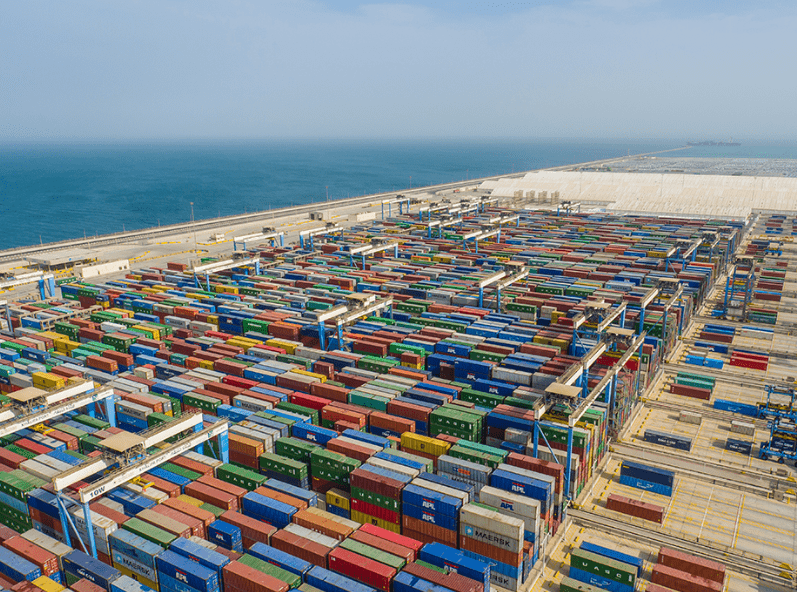 Abu Dhabi Ports flagship Khalifa Port is set for further expansion after a $1 billion (AED4 billion) investment was announced by the company.

The South Quay development which will be completed by Q1 of 2021 is composed of a three km quay-wall with 18.5m along-side draft for general cargo, ro-ro and bulk usage. It will also include eight berths, and 1.3 million square metres of terminal yard.

The Khalifa Logistics expansion, for multi-purpose usage, will encompass a 3.1km quay wall with 8m draft, 15 berths and land plots, which can be tailored to individual customers.

The expansion at ADT will include an extension of the quay from 1,400 to 2,265 metres and an addition of 10 new ship-to-shore quay cranes — effectively doubling ADT’s handling capacity from 2.5Mn to 5Mn TEUs. Additionally, the new investment will include significant technological advancements, such as fully automated truck loading and discharge.

With this capacity expansion project in place, Khalifa Port will see its container handling capacity jump from current 5 million to 7.5 million TEUs, which sets it firmly on the path towards its 9 million TEU milestone over the next five years.

In addition, after only one year, CSP Abu Dhabi Terminal has now shifted from its trial operation phase to being commercially fully operational.

The deep-water, semi-automated container terminal includes the largest Container Freight Station in the Middle East and positions Abu Dhabi as the regional base for COSCO’s global network of 37 ports.

Capt. Mohamed Juma Al Shamisi, Group CEO of Abu Dhabi Ports said in a statement, “As global trade volumes increase over time, the world’s leading port operators must think decades ahead in their planning and execution. Through strategic collaboration with partners and top industry players, such as ADT, MSC, China’s CSP, and Autoterminal Barcelona, Khalifa Port is developing in a sustainable manner and has become one of the fastest growing ports in the world.

“Khalifa Port continues to expand and innovate to meet the diverse needs of our business partners, while driving forward the UAE’s economy and its strategic partnership with China, its largest non-oil trading partner. The volumes of cargo that we will move over the coming decades will serve as testament to the farsighted vision of Abu Dhabi’s leadership. Khalifa Port is not only a global maritime hub but also an important contributor to the connectivity of China’s Belt and Road Initiative (BRI).”