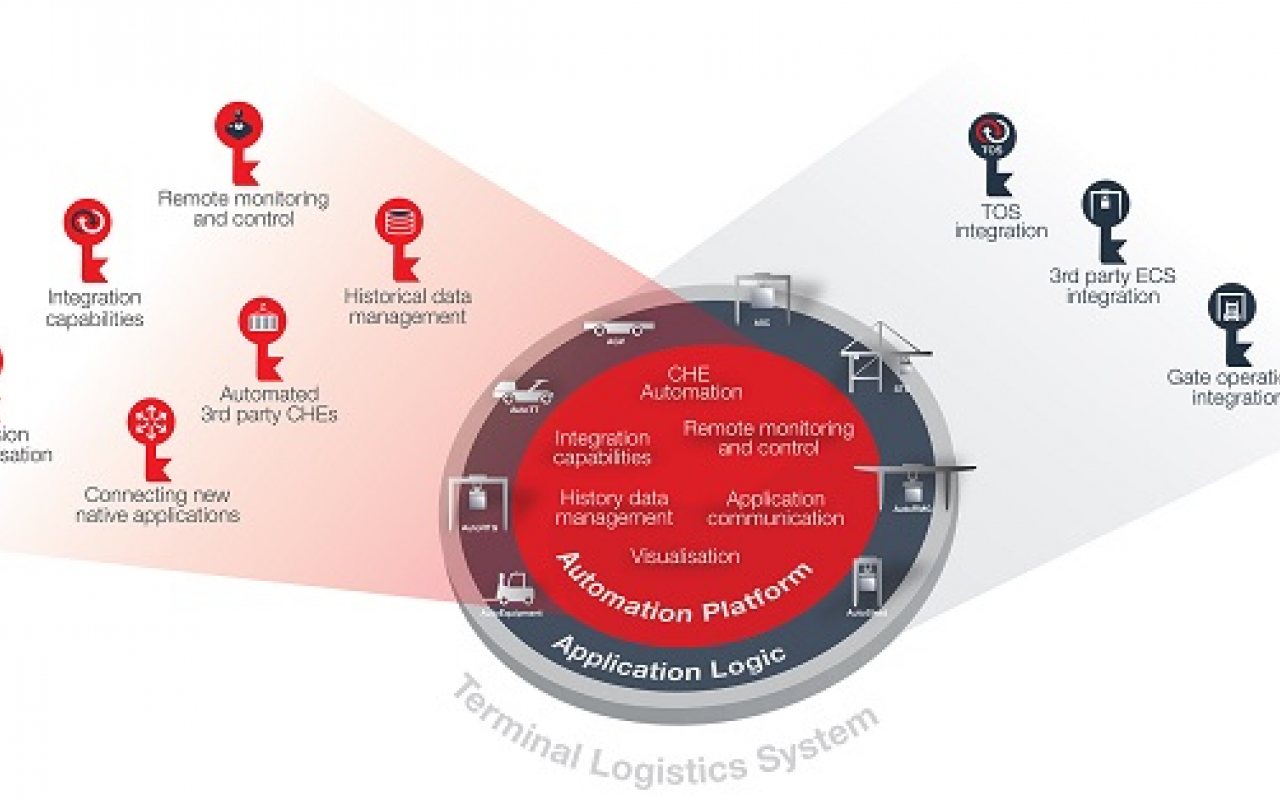 Kalmar is supporting the terminal industry in taking its first step towards building a common system architecture for an end-to-end, customised automation platform, with the launch of its Kalmar Key.

By using Kalmar Terminal Logistics System (TLS) as a base, the Cargotec cargo handling business plans to drive the terminal industry's first automation platform by facilitating a joint ecosystem for continuous business development within the industry.

Antti Kaunonen, President, Kalmar, said: “We want to speed up the industry transformation of container shipping by offering our customers an automation platform they can utilize in their development.

“One of the most important factors holding back our industry today is the lack of global commercial standards for terminal automation.

“Until now, most terminal automation systems have been based on the extensive integration of various subsystems and solutions, and each deployment has been more or less unique.

“Now we have a common open platform to build on, allowing us to adopt a systemic approach in designing terminal automation.”

Automation and industry standards were discussed at TOC Europe 2017 with Kaunonen:

By opening the application interfaces to the Kalmar TLS, Kalmar Key initiative enables terminal operators to customise their automation deployments and use third-party developers to provide offerings that are interoperable with the automation platform.

As a result, customers can integrate any new system and brand of equipment in an agile way into their automation system.

Additionally, the solution offers a holistic view of the operations by aggregating data from multiple sources into a single interface.

Utilising one platform enables customers to make faster, more informed decisions that will have a positive impact on their operations.

“As our solution can be used with all brands, Kalmar Key enables customers to develop their automation system in an agile way.

“With open interfaces, the automation system can be customised and augmented with the required functionalities and a broader range of capabilities will be available for continuous development.

“We believe that this will pave the way for robust and diverse business ecosystems around terminal automation that will provide new opportunities for terminal operators, independent developers and automation system providers.”