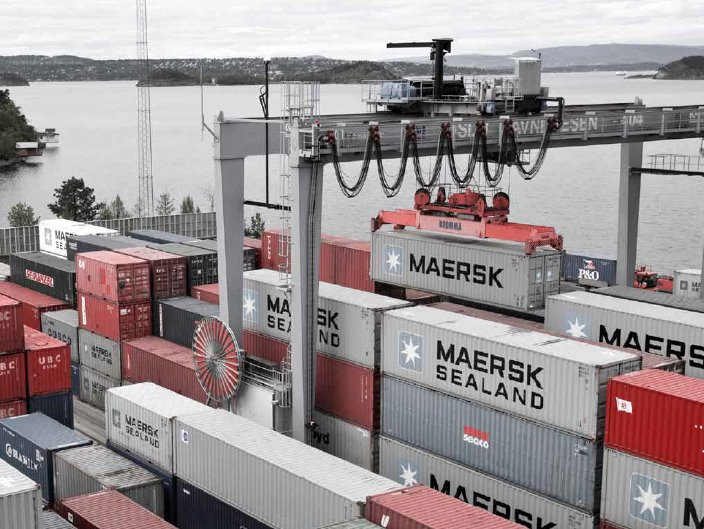 The order was booked in Cargotec’s 2020 Q1 order intake, with delivery of the machines scheduled for Q3 of 2021.

Yilport Oslo Terminal and Kalmar signed a long-term Kalmar Optimal Care service agreement in February 2016. Based on the agreement, Kalmar has full responsibility for all maintenance activities at the terminal including maintenance management, service execution, logistics, spare part warehousing and 24/7 support.

Svein-Olav Lunde, Director, Technical Operations & Maintenance, Port of Oslo: “We were proud to be the first terminal to deploy Kalmar’s sophisticated combination of automated positioning technology and process automation, which has helped to make operations more sustainable, safer and quieter.

“The new cranes will allow us to benefit from the latest advances in Kalmar technology, and represent an important investment in our ongoing capacity expansion plans.”

The Kalmar AutoRTGs at the Port of Oslo will be 9+1 wide with a lifting capacity of 50 tons.

The semi-automated cranes will be operated from a remote desk and will include an automated positioning system that helps the operator optimise productivity by concentrating on picking and placing containers only. They will also include a stiff rope reeving system that enables precise remote control over the cranes, helping to speed up operations.

The automation system has been designed to help container handling industry move towards standardisation, speed up automation deployment, shorten start-up lead times and simplify maintenance due to its modular architecture and open interfaces.