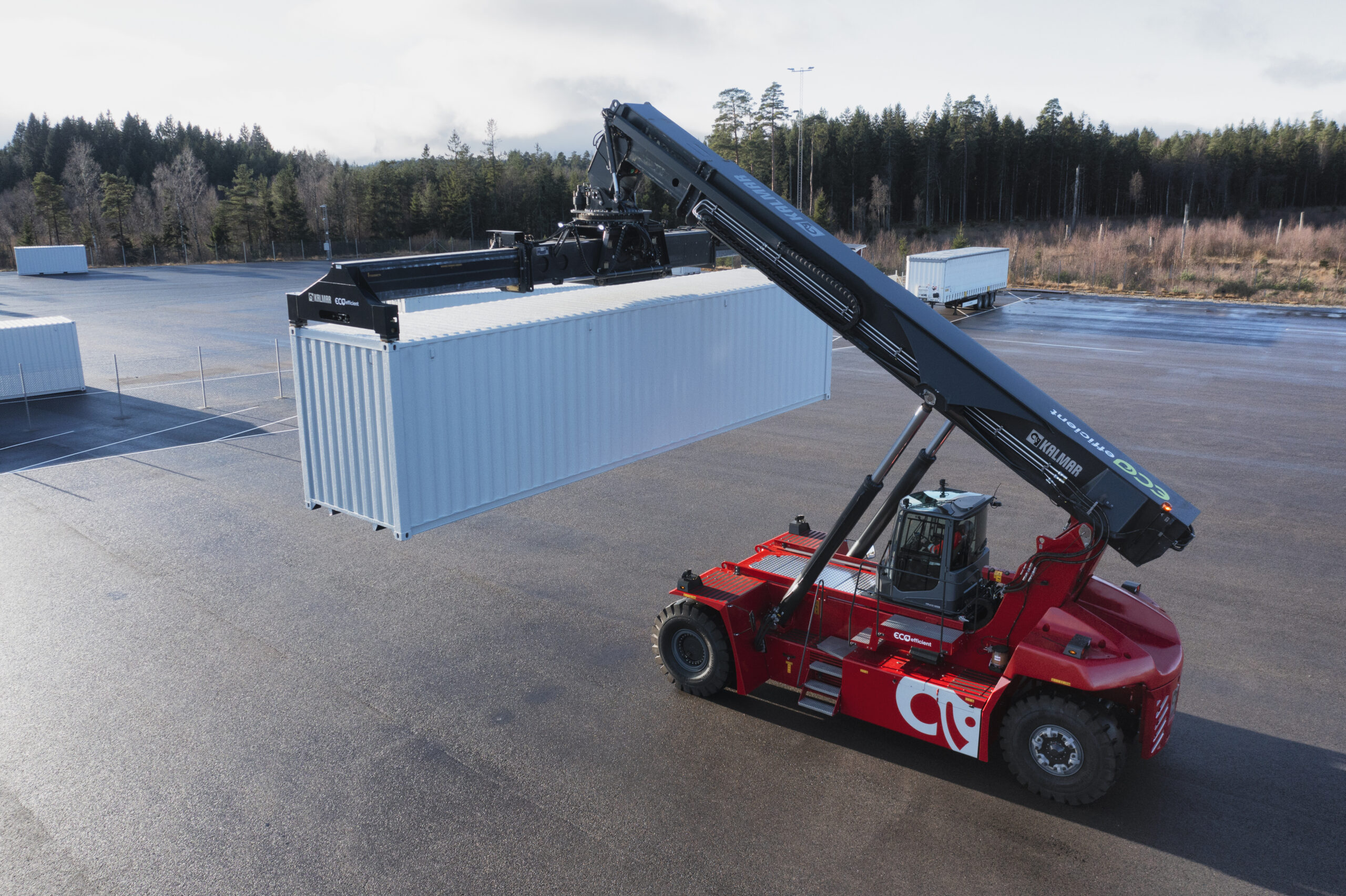 Kalmar, part of Cargotec, has signed a contract to supply the Port of Helsingborg with a Kalmar Electric Reachstacker

The deal includes an option for two additional electric reachstackers.

The order, which includes comprehensive training for maintenance technicians and equipment operators, was booked in Cargotec’s Q2 2022 order intake, with delivery scheduled for the end of Q4 2022.

The Port of Helsingborg is one of northern Europe’s leading ports handling approximately 275,000 TEU via sea and about 25,000 TEU via rail annually.

To address increasing demand for both container volumes and logistics services in southern Sweden, the port will build a new container terminal further south in Helsingborg. The project is due for completion in 2028.

The new Kalmar Electric Reachstacker supplied to the Port of Helsingborg will be the first machine of its kind to be delivered to a customer in Sweden. It will have a wheelbase of 6.5 metres, a stacking capability up to 5 high, a maximum lifting capacity of 45 – 32 – 16 in the 1st, 2nd and 3rd rows respectively and a battery capacity of 587 kWh.

It will join an equipment fleet that already features three Kalmar Eco Reachstackers.

Bart Steijaert, CEO, Port of Helsingborg commented: “We will sustainably develop the new container terminal with automation, electrification, and efficient land use. Investing in the electric reachstackers is an important step in our journey.”

“We are very proud to deliver Sweden’s first ever 100 per cent electric reachstacker and would like to congratulate the Port of Helsingborg on leading the way for the industry in Sweden.”

In June Kalmar received an order for three Kalmar Eco Reachstackers from Yantai Port, China – the first ever to be delivered in the North China region.