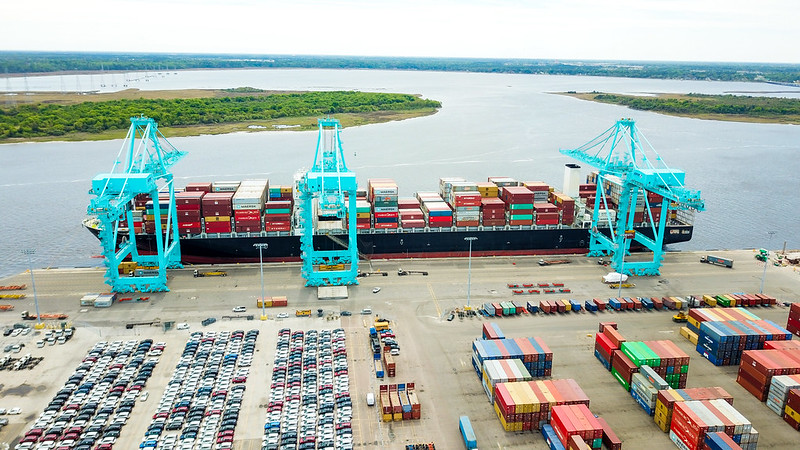 The congestion at US West Coast ports offers an opportunity to gateways on the East Coast, according to senior officials at the Jacksonville Port Authority (JAXPORT).

The congestion on the West coast can be seen “as an opportunity” to demonstrate JAXPORT’s expertise in customer services and its wider economic appeal, according to Beth McCague, CFO, JAXPORT.

Speaking during the annual State of the Port Address, McCague detailed the Port’s growth plans for the next five years and how it can make the most of the current situation on the West Coast of the country.

“We are known for our ease of business and we are improving berths to accommodate larger ships and help cargo move more easily,” McCague explained.

“We have engineers improving entrances and exits to increase traffic flow and avoid congestions. We pride ourselves on customer services and while we are not happy when we other ports are congested; it is an opportunity for us.”

The congestion at the key gateways of US-Asia trade has been caused by huge surges in demand in home equipment and other related goods, as US consumers continue to work from amid the COVID-19 pandemic.

This has coincided with Chinese factories reopening and a resumption in exports, however waiting times for vessels has almost tripled as a result, leaving the ports of Los Angeles and Long Beach at near capacity, while Oakland’s traffic has plummeted because of the delays.

There have been suggestions by industry experts that some carriers are rerouting services away from the California ports to the Pacific Northwest and even to the East Coast.

JAXPORT and numerous other East Coast ports have been investing heavily since before the pandemic to meet the growing demand for containerised goods.

According to McCague, the expansion of the container terminal on Blount Island, JAXPORT’s cornerstone investment project is not only three years ahead of schedule but will be delivered underbudget in 2022.

Eric Green, CEO at JAXPORT, said the expansion will provide “an immediate economic benefit” to the region in the way of jobs and other investment.

Furthermore, Green said JAXPORT’s partners were making significant investments in port equipment so they can improve efficiencies, a big example is its working relationship with operator SSA Marine.

JAXPORT’s landlord model, Green said, had allowed it to be flexible in its approach to working with other stakeholders.