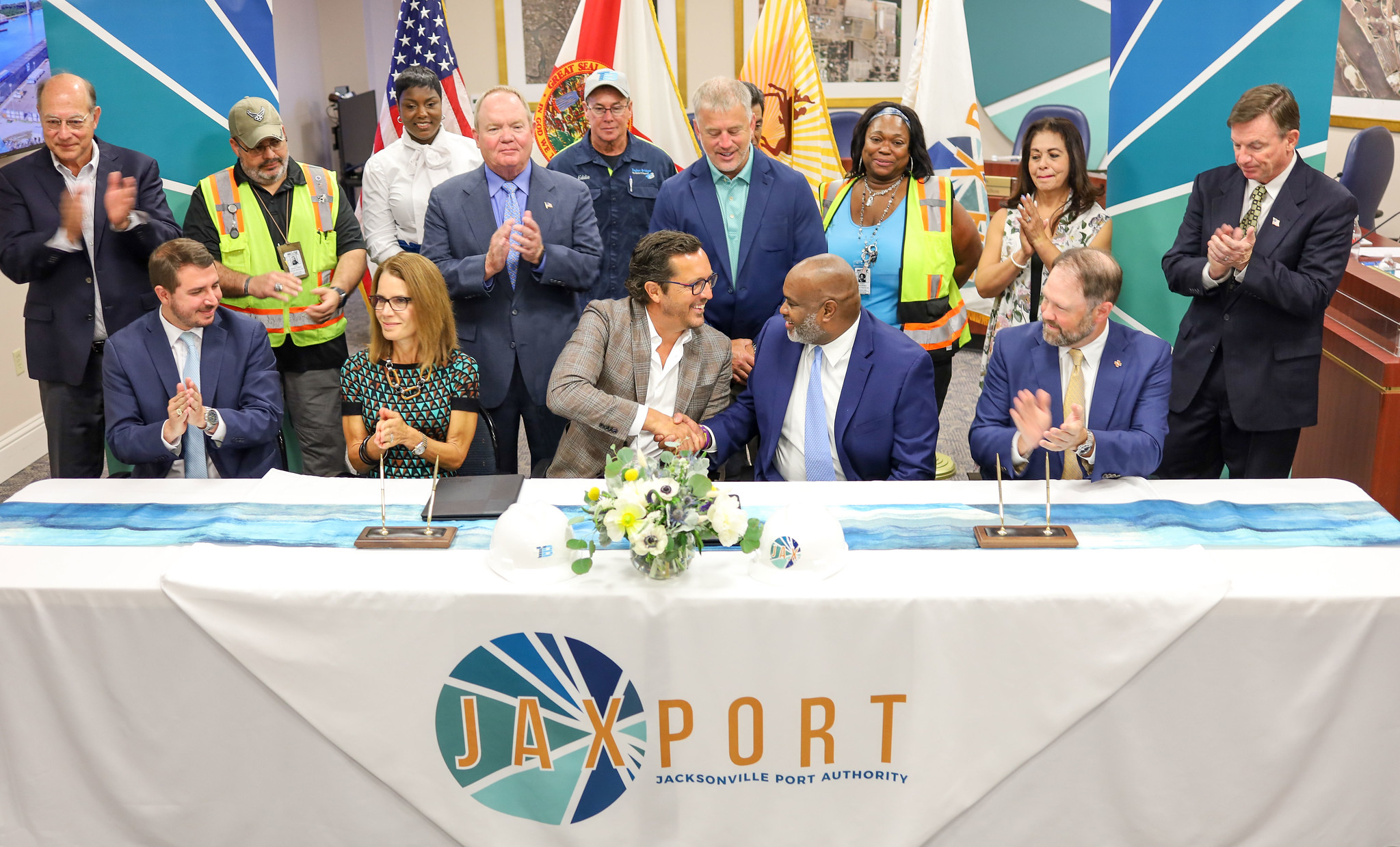 The agreement will come into effect at the end of 2023.

“Our partnership with JAXPORT began more than 30 years ago, and today, we celebrate the next chapter in our commitment to serving the island of Puerto Rico,” said Trailer Bridge CEO Mitch Luciano.

“We are proud to be a critical piece of the supply chain that delivers the goods our neighbours on the island need in their everyday lives.”

“22 per cent of the cargo that moves between Jacksonville and Puerto Rico flows through Trailer Bridge,” said PRPA Executive Director Joel A. Pizá-Batiz.

“Knowing that Trailer Bridge will operate from JAXPORT for another 18 years gives us a lot of commercial certainty as we plan for the future.”

In 2021, JAXPORT signed a Memorandum of Understanding (MoU) with the PRPA to affirm the ongoing work of both organisations to grow maritime trade between Jacksonville and Puerto Rico.

Under the MoU, PRPA and JAXPORT have collaborated on key areas, including business development, environmental protection, operations, and security.

Jacksonville is the number one port in the United States for trade with the island, handling almost 90 per cent of all maritime cargo moving between Puerto Rico and the US mainland.

“Today’s agreement is another significant step toward reinforcing our commitment to serving the people of Puerto Rico,” said JAXPORT CEO Eric Green.

“We are grateful for our partnership with Trailer Bridge and the Puerto Rico Ports Authority and look forward to continuing to work together to grow this important trade relationship for the benefit of our communities.”

Last week, JAXPORT announced the completion of the final phase of $100 million in berth enhancements at the SSA Jacksonville Container Terminal (JCT) at Blount Island.

This final phase comprised the rehabilitation of 700 linear feet of deep-water berthing space and was completed in coordination with the Jacksonville Harbor Deepening Project.