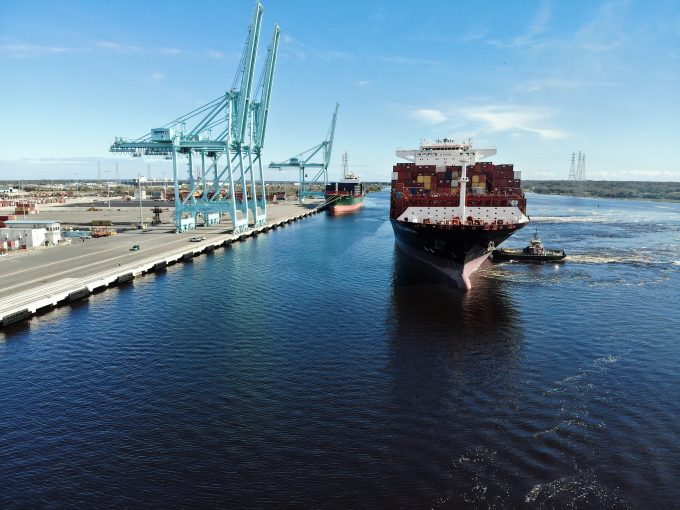 The project is slated to be a game changer for JAXPORT, as it represents a crucial step towards the modernisation and expansion of the port, making it more efficient and competitive in the global market.

On 10 January, the Jacksonville City Council gave the green light to JAXPORT with a generous grant of $10 million.

Additionally, the City will also provide a $12.5 million loan and a $5 million bridge loan, which JAXPORT will repay in due time.

This funding comes on top of the $22.5 million grant awarded to JAXPORT by the Florida Department of Transportation (FDOT) in December 2022.

JAXPORT CEO, Eric Green, expressed his gratitude to the funding partners, the State of Florida and the City of Jacksonville, for their support in the growth and development of the port.

“The project will provide an operational air draft clearance of 205 feet, an increase from the current clearance of 175 feet,” Green explained.

JAXPORT is Florida’s largest container port and one of the nation’s top vehicle-handling ports. It is a vital hub for trade, supporting 138,000 jobs and generating $31 billion in annual economic impact for the region and state.

The completion of the project will not only benefit the port but also the entire community of Jacksonville, according to Green, by providing more job opportunities and economic prosperity.

Last summer, JAXPORT announced the completion of the final phase of $100 million in berth enhancements at the SSA Jacksonville Container Terminal (JCT) at Blount Island.

This final phase comprised the rehabilitation of 700 linear feet of deepwater berthing space, and was completed in coordination with the Jacksonville Harbor Deepening Project.