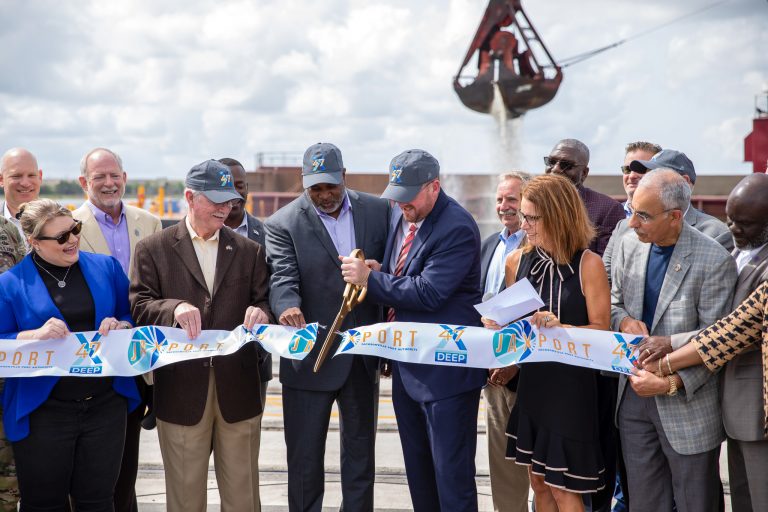 The project deepened 11 miles of the federal shipping channel—from the sea buoy to Blount Island—to a depth of 47 feet from its previous depth of 40 feet.

Deepening through Blount Island was completed three years ahead of the original project schedule.

The 47-foot harbour provides the channel depth needed for larger ships to call Blount Island to and from destinations worldwide and allows existing ships calling Jacksonville to carry more cargo on board.

In addition, the project includes a new turning basin allowing larger vessels to turn around at Blount Island berths.

“Through FDOT’s strategic investments, our seaports continue to expand and modernize to meet the needs of Florida’s growing economy and communities.

“The JAXPORT Harbor Deepening Project communicates to the world that Florida is open for business and demonstrates Florida’s unwavering commitment to strengthen and grow supply chains while providing a safe, resilient, competitive, and dynamic multimodal transportation system.”

In addition to the deepening, berth improvements, and new cranes, more than $70 million in terminal enhancements—funded by SSA and a grant from the US Maritime Administration (MARAD)— are also underway to expand container capacity at the SSA JCT.

By spring of 2023, SSA will complete the first three of seven construction phases, producing approximately 31 acres of newly paved and improved operating area. The total project of approximately 93 acres will be complete by the end of 2024, allowing the SSA JCT to accommodate 500,000 TEU annually.

The total funding to date is $420 million funded through a public-private partnership between the federal government, State of Florida, City of Jacksonville, JAXPORT, and SSA Atlantic.

The Jacksonville Harbor Deepening Project is a 13-mile federally authorized project. The current funding model covered the completion of the first 11 miles. The final two miles are authorized and under review.

In fiscal year 2021, a record-setting 1.4 million containers moved through JAXPORT, maintaining its position as Florida’s largest container port and one of the top 10 container ports in the nation.