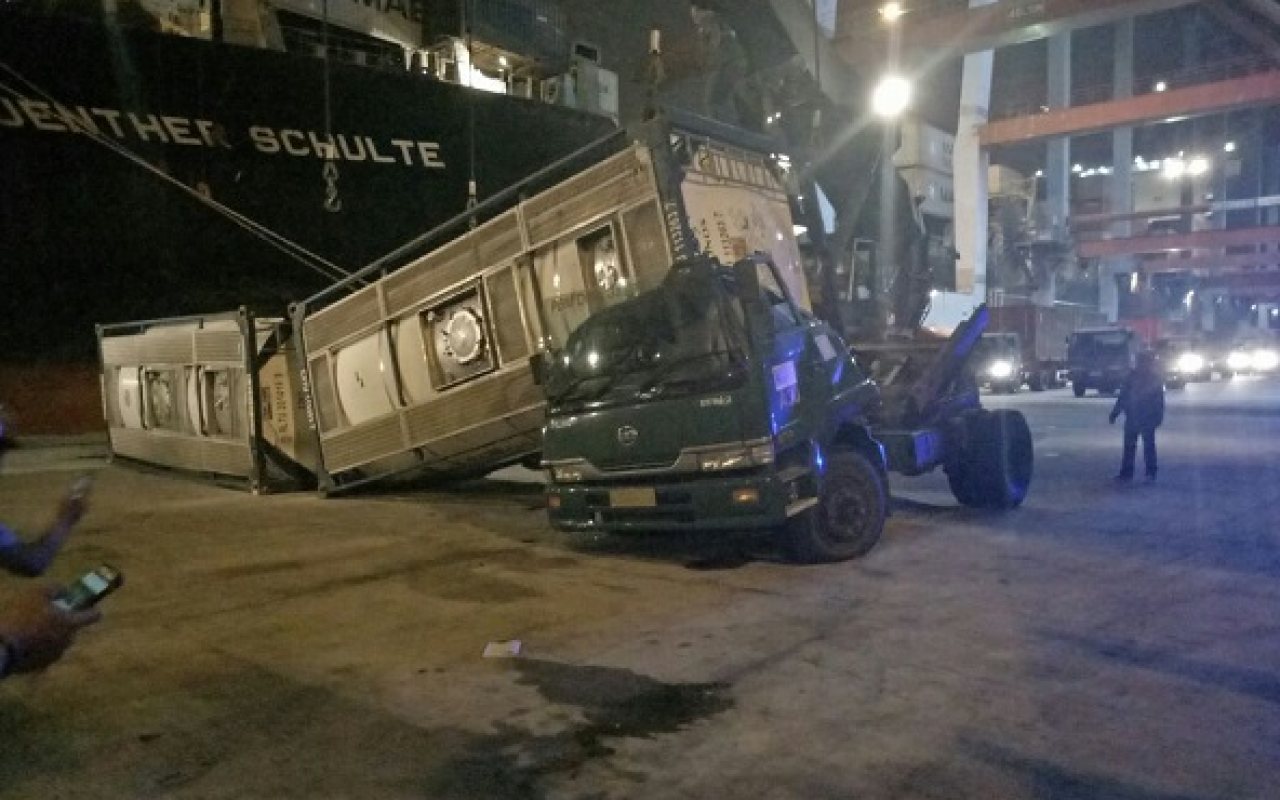 The international transport unions federation has received reports from local unions that a refrigerated container fatally crushed a 40-year-old man at 22.10 local time on November 9, 2017, when it was dropped onto his truck cabin.

According to ITF, this is the second workplace fatality at the Port of Jakarta in three weeks.

In an announcement about the death, ITF’s President Paddy Crumlin said this it is a “heart-wrenching time” for all dockworkers and that the accident could have been avoided if ICTSI's terminal was “properly run”.

Crumlin said: “Every worker deserves to come home safely at the end of their shift and our thoughts go out to this man’s family, friends and co-workers.

“While we cannot pre-empt the findings of an official inquiry, ICTSI has a demonstrably poor record when it comes to safety in the workplace.

The topic of how to avoid major incidents when loading cargo is examined in 'Safety Initiatives: A Prime Tool', a technical paper by Storrs-Fox from TT Club

“This incident raises serious questions about ICTSI’s traffic management systems and specifically whether they had adequately separated moving vehicles from suspended loads.

“Given their chequered history, we also need a thorough investigation into whether poor maintenance and equipment failure have played a role in this tragic death of a worker.

“Extreme fatigue will also need to be investigated. Like many workers at ICTSI, this man was employed by an outsource labour supply company called Persada.

The ITF last month launched a global report into ICTSI which it claimed “showed a pattern of severe safety deficiencies” across the Philippine-based company’s network of terminals.

Highlighted in the report was the lack of “adequate systems” to separate people and machinery.

ITF stated that ICTSI’s ability to manage the risks of suspended loads, along with a number of other issues was “a failure to safely”.

The report said: “The ITF, and our union affiliates, have observed an emerging pattern of labour violations in the ICTSI network: a failure to respect the right to freedom of association; poor safety standards; and illegal outsourcing of labour.

“Many of these violations are in breach of domestic law in the countries where ITCSI operates and contravene international labour conventions.

“They also contravene ICTSI’s own policies and statements, and call into question the company’s ability to effectively manage their global business and ensure the same standards and performance across all of their terminals.”

Crumlin added: “ICTSI has been the target of international condemnation in recent months over the company’s sloppy management, poor safety standards, and a distinct lack of compliance with local laws and international labour conventions.

“This month the Government of Papua New Guinea has been the target of global protests calling on the government to review the decision to award port operations in Lae and Port Moresby to ICTSI.

“After today’s tragedy, these protests are set to continue until ICTSI changes its ways and begins to engage with unions and their workforce to ensure fair wages and safety on the job for all of their dockworkers around the globe.”