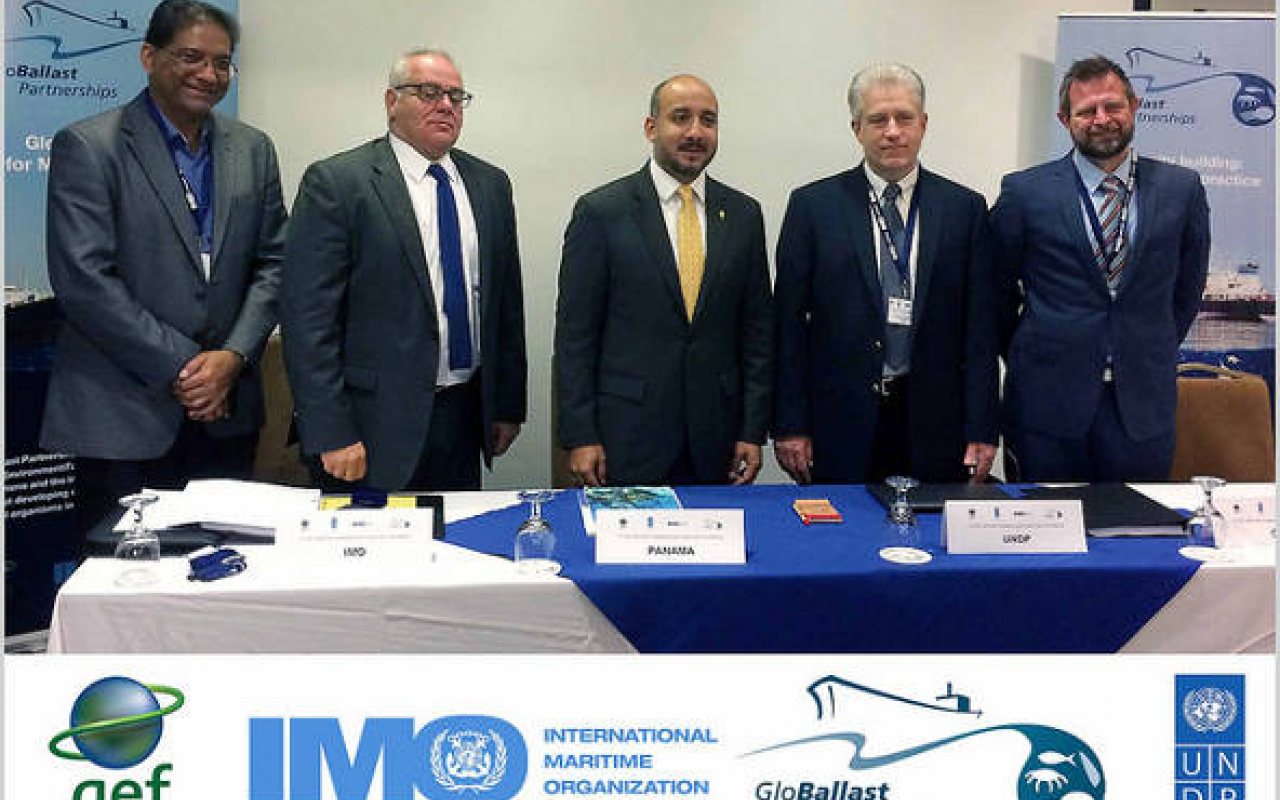 A decade-long project to promote implementation of an international treaty stemming the transfer of potentially invasive species in ships’ ballast water has reached a successful conclusion at a meeting of stakeholders from Governments, industry and UN bodies.

The International Maritime Organization (IMO) has been executing the GloBallast Partnerships Programme, launched in 2007 after an initial 4-year phase, in collaboration with the Global Environment Facility (GEF) and the United Nations Development Programme (UNDP).

It has been assisting developing countries to reduce the transfer of harmful aquatic organisms and pathogens in ships’ ballast water and implement the IMO Ballast Water Management (BWM) Convention.

Dr Stefan Micallef, Director of IMO’s Marine Environment Division, said the GloBallast project was an outstanding example of direct, large-scale action taken by IMO, together with other international entities, to address the global threat to the health of the world’s oceans from invasive species carried in ships’ ballast water.

Dr Micallef stated: “Through GloBallast, Governments, industry and other stakeholders have acted to further improve the environmental and socio-economic sustainability of shipping and worked to reduce its negative impact on marine ecosystems.

“I have every hope that the ‘GloBallast family’ will continue its championing efforts and collaboration to protect our oceans, in the spirit of the United Nations Sustainable Development Goal 14.”

Dr Andrew Hudson, Head of the Water & Ocean Governance Programme at UNDP, said the GloBallast project had pioneered a successful model for collaboration, cooperation and capacity-building, which was now being emulated through other “Glo-X” projects.

Dr Hudson added: “The GEF-UNDP-IMO GloBallast Programme has played a key catalytic role in preparing countries and the shipping industry for the implementation of the BWM Convention, which will reduce the significant ecological and economic damage, lost livelihoods and human health impacts often caused by invasive species.

“The legacy and impacts of the project will go on long after it formally closes.”

Chris Severin, International Waters Coordinator at the GEF, said the GEF is proud to have partnered with the United Nations, through IMO and UNDP, towards providing the world with a framework to start tackling one of the avenues – namely the BWM Convention – for spreading of invasive species.

Severin commented: “I sincerely believe that the implementation of the BWM Convention will assist nations not only in delivering essential contributions to the Sustainable Development Goals, but also offer an opportunity for unlocking the potential of the so-called blue economy.

“The two GEF projects, totalling a grant of $12 million USD, have been supporting the 17-year process leading to what we are celebrating today, namely the entry into force of the BWM Convention – a convention that, through strong partnerships with leading nations and private sector partners, will unlock an unprecedented estimated private-sector investment of a minimum of US$30 billion.”

The IMO was recently involved in launching a new centre tasked with promoting technologies and operations to help navigate shipping into a low-carbon future.