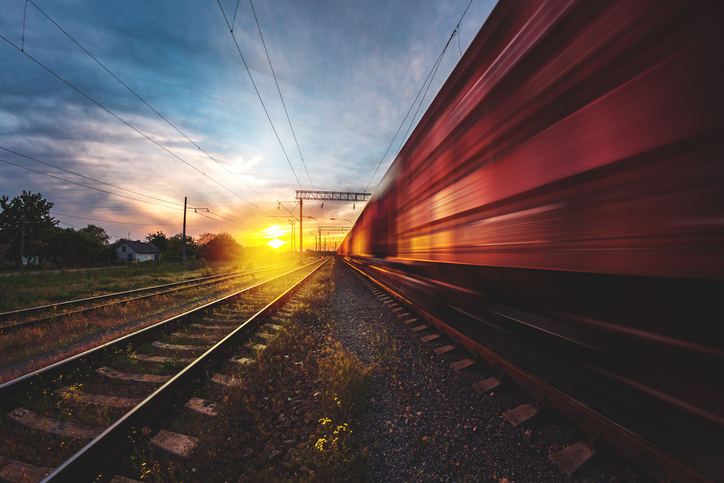 Over the last two years, the supply chain has been under unprecedented constraint, due to the COVID-19 pandemic. But what will the future hold for ports as we finally come out of lockdown?

The global supply chain has faced several issues over the last couple of years, driven by a massive surge in demand.

Freight rates have seen a huge increase due to a shortage of containers and vessel schedule reliability has hit an all-time low.

At PTI’s Intermodal Freight Forum Europe event, a panel of experts sat down to discuss these issues and what the future holds as the pandemic begins to ease.

“We’ve seen quite a lot happening over the last two years,” said Maurits van Schuylenburg, Manager of Projects for the Port of Rotterdam Authority.

“When you look deeper into the logistics, we encountered many problems partly due to schedule reliability dropping to 32 per cent.”

As the largest port in Europe, container dwell times also doubled during the height of the pandemic.

The Port of Rotterdam has been forced to turn to road haulage for short journeys as its barge services have also become off-schedule. However, Schuylenburg said the short-term shift risks going directly against the port’s sustainability commitments.

To solve the issue, the port is actively involved in implementing a system for barges to automate operations.

While not as active as Rotterdam, the Port of Zeebrugge also faced similar issues.

Through the help of its newly founded partnership with the Port of Antwerp, Zeebrugge is looking to further utilise its short-sea fleet and rail infrastructure through the development of a control centre.

The centre will be set up in cooperation with the operators of both businesses and will take responsibility for deciding which method will be better for certain container movements.

“This will be very helpful to move containers from Zeebrugge to the industry in and around Antwerp and vice versa,” said Pepijn de Vreese, Chief Officer for International Trade for the Port of Zeebrugge.

The port has invested a considerable sum into its rail operations in recent years. In October 2020, it was announced it had partnered with Infrabel to upgrade its rail infrastructure and improve access for shippers and supply chain stakeholders.

In a previous statement, the port said the company would invest “millions of euros” to renew existing infrastructure, which will include optimising track changes and making transporting rail cargo easier.

Evidently, rail will play a large part in the port’s activity in the coming years as Vreese confirms that “additional investments are coming”.

Inland ports in Italy also recently took a hit to their operations, according to Turi Fiorito, Director of the European Federation of Inland Ports.

Despite the country having a stronger recovery in its container sector than other EU members in 2021, by the beginning of this year, congestion caused by too many lorries moving in and out of the inland ports disrupted the flow of goods.

“Concerning what we need to improve, we should work harder to streamline traffic flows outside of the port,” said Fiorito.

“In our case, as we serve the hinterland, most of the goods go out by lorry and so we have to try and manage that better than we currently do.”

The director added that the port is doing so in working alongside the customs office to automate port clearance operations.

However, some of the organisation’s findings through this work is that only a third of all lorry drivers have the correct documentation. Better communication is needed to ensure the system is completely functional, Fiorito said.

PTI’s next event will see our Container Terminal Automation Conference return to Chelsea Harbour on 9 and 10 March 2022.

This year’s conference will provide two days of content, featuring addresses from C-level figures and panel discussions on topics such as data standardisation, automation, digitalisation, AI, advanced technology and more.