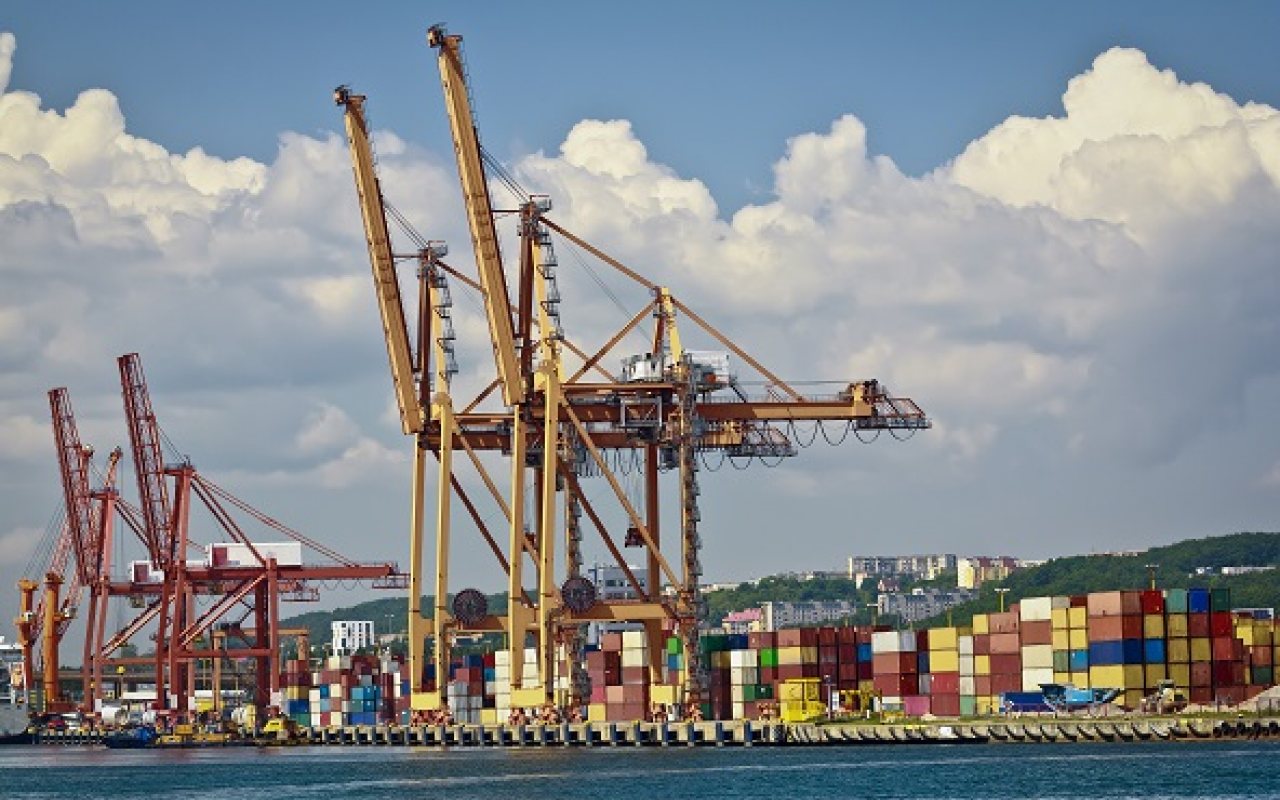 On March 19, 2019, it was confirmed that a consortium of investors, consisting of PSA International, IFM Investors and Poland’s sovereign wealth fund PFR, had taken over DCT Gdansk, a premier gateway for trade with Central and Eastern Europe. PTI has spoken with industry veteran Kris Kosmala of Royal Haskoning to explore the full impact of the takeover.

The deal with Australian investment fund Macquarie, worth around US$1.3 billion, is set to prompt a new period of expansion for what is Europe’s fastest growing port and home to Poland’s largest container terminal.

Kris Kosmala, Director of Smart Port Operations and Digital Solutions at leading consultancy Royal HaskoningDHV, has spoken to PTI about the agreement, commenting on the progress of DCT Gdansk up until this point.

“The importance of Gdansk as a port is not something new. As the Polish economy started accelerating around 2005, the volume of cargo moving through Gdansk rose exponentially.

“The arrival of Macquarie in 2010 provided access to development funds and expertise, benefitting the port enormously. It has also been positioned as a key maritime gateway between the Nordic countries, Baltic republics and Russia.

“As a result, DCT easily reached the limits of the original terminal – around 1 million TEU – and launched a $250 million expansion to increase its capacity to 4 million TEU, a logical move that paid for itself very quickly.”

Kosmala also discussed the significance of PSA’s involvement in terminal, and how its relationship with the Polish government will work.

“During the remainder of the concession, which runs until 2034, the port needs to increase its productivity and build additional expertise to serve mainlines and feeder networks. After all, it is not only a gateway port, but also the largest transhipment port on the Baltic Sea.

“Bringing in a large operator like PSA is a real coup, as it will offer financial capabilities equal to those of Macquarie, as well operational experience of massive ports that the previous owner would not have been able to deliver. Such expertise does not exist in Poland either.

“With access to such expertise, I think the Polish government will remain relaxed about its own stake in the port, especially as the duration of the concession remains intact.”

You can join reprasentatives from major container terminals around the world at the upcoming Container Terminal Automation Conference 2019. For more information and to book your place, please visit the #CTAC19 website.

Looking ahead to the future, Kosmala projected what the deal could mean for DCT Gdansk’s growth and potential success.

“Thinking about the next 15 years, building for a capacity of 4 million TEU sounds right when you consider the current rate of growth.

“That being said, any prediction made now must exclude the potential impact of numerous changes. For example, if the EU and Russia reconcile their current relationship, and Russian trade starts to flow once again through Gdansk, the additional capacity will be swallowed up very quickly.

IFM Investors is proud to partner with PSA, a global leader in port operations, and leading Polish fund PFR to invest in DCT Gdańsk, a gateway port for Poland and Central and Eastern European markets. #infrastructure https://t.co/VXHbi5rMj6 pic.twitter.com/c35c1xbKLW

“Other changes could include the Baltic Sea not freezing due to global warming, enabling ports further north to compete with Gdansk, and Gdynia deciding to develop a competing container terminal.

“That last change also depends on whether economists advising Gdynia are certain of cargo flows that will support a total capacity of 6 million TEU between both ports, as well assurance that both ports will still provide respectable ROA and ROI to their owners.

“I also understand from a recent presentation by DCT that additional land is available, allowing the port to increase its capacity to 8 million TEU. This would give DCT a favourable position against Gdynia, which does not have the same flexibility.”