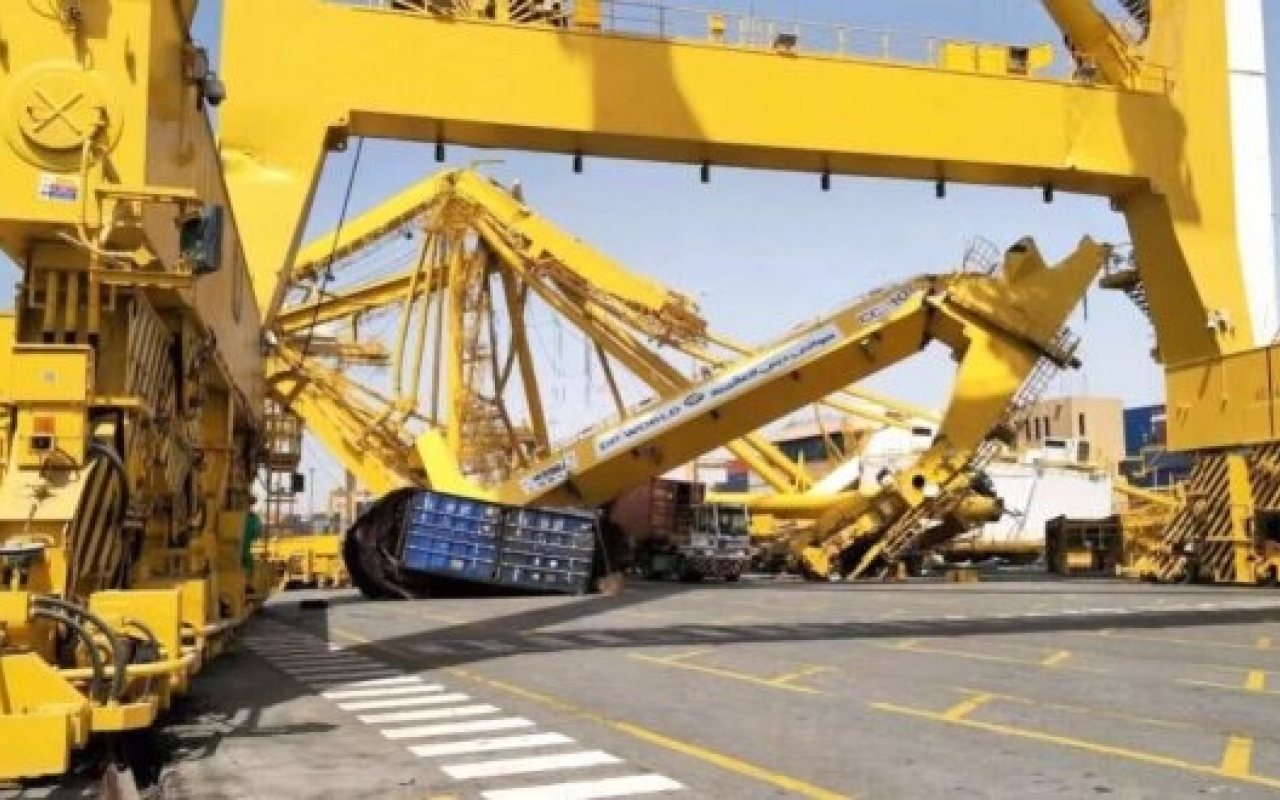 The crash which saw a CMA CGM vessel run into the DP World-run Port of Jebel Ali was caused by the ship’s pilot not knowing how fast it was going, according to a report by the UK government agency, the Marine Accident Investigation Branch (MAIB).

At 11:37am on May 4 2017, the UK registered containership CMA CGM Centaurus made heavy contact with the quay and two shore cranes while approaching the Jebel Ali Port in Dubai, resulting in 10 injuries and one serious injury.

Port Technology International reported on it at the time and later obtained, via a source at the port, exclusive images of the devastation caused by the crash.

In its report, MAIB pointed to a breakdown of communications on the vessel, with the pilot failing to engage with the bridge team due to a lack of a shared mental modal.

Subsequently, the pilot operated in isolation and the ship was unable to attain a sufficiently rate of turn as it prepared for berthing.

MAIB made a number of recommendations in its report, including DP World reviewing and improving its management of pilotage and berthing operations in respect of large container ship movements.

In its report, the MAIB said: “The accident occurred because the ship was unable to attain a sufficiently high rate of turn into a basin in preparation for berthing. The pilot was unaware of the ship’s speed, and the ship’s bridge team were uncertain of the maximum speed required to complete the turn safely.

“There was no agreed plan for the intended manoeuvre, and therefore no shared mental model between the bridge team and the pilot. Consequently, the pilot was operating in isolation without the support of the bridge team, allowing the pilot’s decision-making to become a single system point of failure.

“The pilot’s performance was focused on efficiency, which influenced his decision to turn the ship into the basin without ensuring that the manoeuvre was conducted at a sufficiently slow speed to enable its safe completion.

“This report is not written with litigation in mind and, pursuant to Regulation 14(14) of the Merchant Shipping (Accident Reporting and Investigation) Regulations 2012, shall be inadmissible in any judicial proceedings whose purpose, or one of whose purposes is to attribute or apportion liability or blame”.