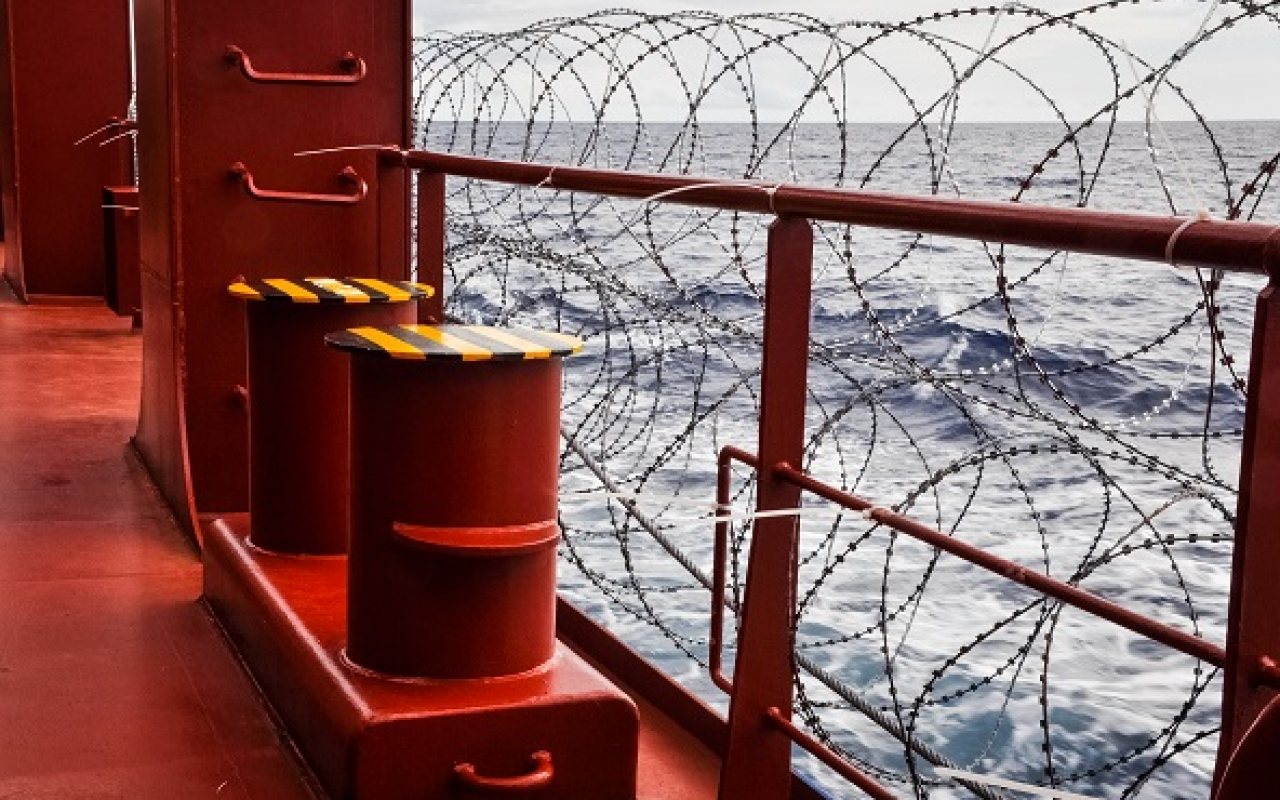 The number of piracy incidents doubled off the coast of East Africa in 2017 compared to 2016, according the annual State of Piracy report released by One Earth Future (OEF)’s Oceans Beyond Piracy program.

The report, which features an infographic and executive summary (below), analyzes the human and economic impacts of maritime piracy and robbery at sea in the Western Indian Ocean Region, the Gulf of Guinea, Asia, and Latin America and the Caribbean.

Incidents in this maritime space have posed an additional threat to shipping transiting the Gulf of Aden and the Red Sea.

Phil Belcher, Marine Director of the International Association of Independent Tanker Owners (INTERTANKO), said: “There are now a wide range of threats to shipping near the Horn of Africa that have been complicated by the conflict and instability in Yemen.

“We are advising our members to consider a more comprehensive security assessment to take into account other threats beyond traditional piracy emanating from the regional conflict in Yemen.”

Maritime crime in Latin America and the Caribbean is also on the rise.

Piracy and armed robbery in the Gulf of Guinea continue at persistently high levels.

In 2017, 1726 seafarers were involved in 97 incidents, despite the increased efforts of regional states and contracted maritime security providers.

The report shows a US$ 13.2 million increase on spending by regional states on law enforcement and naval patrols, and that there has been a continued proliferation of contracted maritime security schemes.

Crime Knows No Borders – Maritime Security in the Gulf of Guinea by One Earth Future:

A South Korean vessel Munmu the Great was re-deployed to the Gulf of Guinea in response to the kidnapping of three South Korean fishermen in March.

Pigeon commented: “Kidnap-for-ransom continues to plague the region, which is a trend that has unfortunately continued from 2016.”

In 2016, the report found that 100 crewmembers were made hostage.

The piracy situation in Asia improved considerably in 2017, with overall incidents down by over 20% from 2016.

Most encouraging was that kidnap-for-ransom attacks decreased from 22 in 2016 to just four in 2017.

Gregory Clough, Ocean Beyond Piracy’s Acting Director, said: “We believe that much of the credit for this progress is due to the trilateral patrols between the Philippines, Malaysia, and Indonesia.”

Having assessed the state of global piracy and armed robbery dating back to 2011, OEF has concluded that piracy is just one piece of a number of issues affecting maritime security.

Criminal gangs operating at sea have been observed moving between different crimes and can sustain themselves without necessarily resorting to piracy activity.

OEF has observed a growing consensus that piracy and other crimes will need the maritime community to address the broader issues that create insecurity at sea before the situation changes.

“Where there is good governance seas are safer, coastal communities are healthier, and the blue economies grow stronger. OEF is committed to promoting global maritime security.”

EXECUTIVE SUMMARY OF THE REPORT:

Read more: The commercial ocean shipping industry recently received a warning about the potential dangers of transiting through the Southern Red Sea after the European Union’s Naval Force Somalia confirmed an attack on a tanker