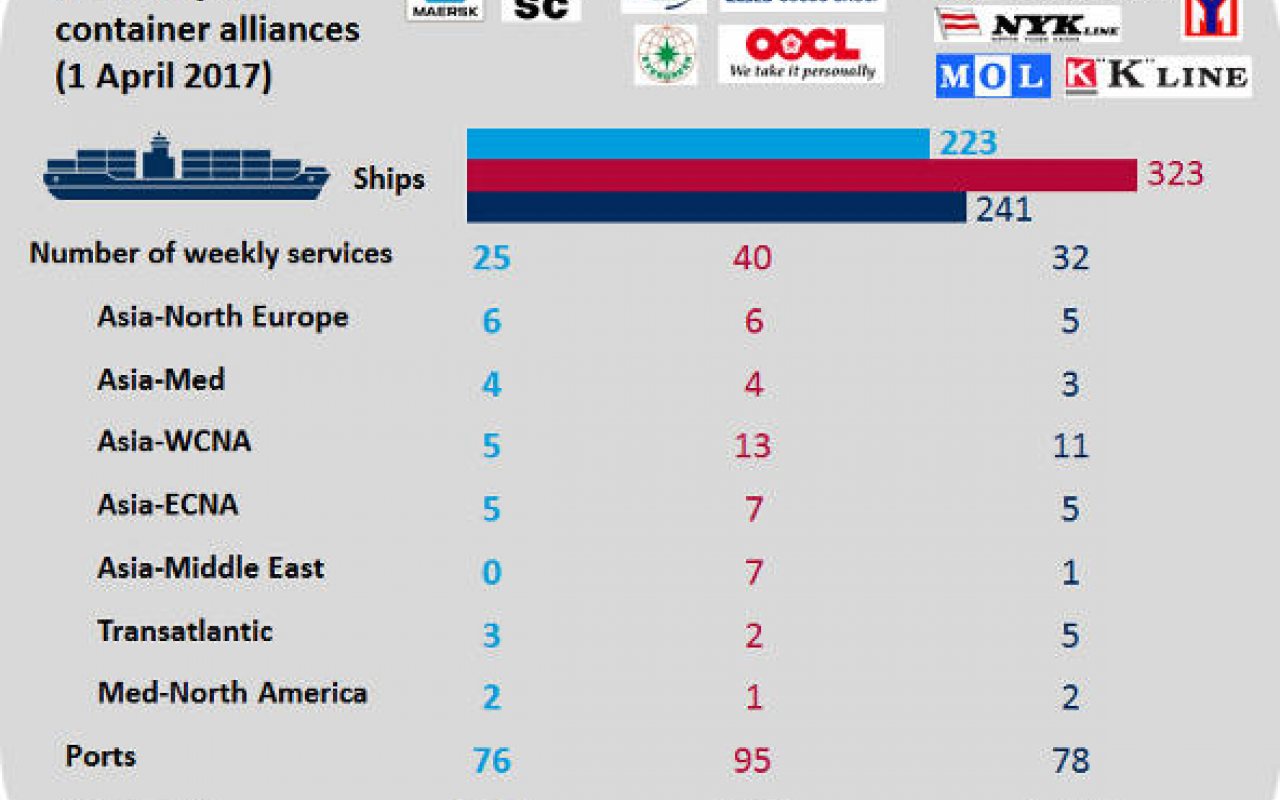 Drewry has analysed the new alliance networks by comparing the port coverage, frequency and speed of 2M, THE Alliance and the Ocean Alliance in its latest Container Insight Weekly.

THE Alliance last week firmed up the outstanding port decisions, with a few terminal decisions still pending, to finalise its network for the April 1 start.

Drewry reported that the Ocean Alliance has the most services at its disposal with a total of 40 loops spread across seven East-West trades, followed by THE Alliance with 32 services and 2M with 25.

Ocean’s status is primarily due to it having seven Asia-Middle East/Red Sea services, whereas THE only has the one and 2M none.

2M also loses ground in the Asia-West Coast North America with only five services, compared to Ocean (13) and THE (11).

The Ocean Alliance wins out with the most services in three (Asia-WCNA, Asia-ECNA, Asia-Middle East) of the seven trades and joint-most in two others (Asia-North Europe and Asia-Med) along with 2M.

THE Alliance has the most services in just the one trade: Transatlantic; and shares top billing in Med-North America with 2M.

With ship deployment details currently unknown it does not necessarily follow that having the most services will equal the biggest market share on the trade.

2M’s lack of numerical advantage in services will in many cases be compensated by operating larger ships.

By region, Drewry has reported that central China will have the most weekly departures from the Far East with 131, followed by 118 from the Hong Kong/Taiwan/South China region, 98 from North Asia and 70 from Southeast Asia.

The most heavily used ports in Asia will be Shanghai (58 weekly departures) and Ningbo (54).

Rotterdam will be the busiest port in North Europe with a total of 21 inbound calls each week, followed by Antwerp (19).

In France, Le Havre is the main port of call with 13 inbound voyages per week, while the Ocean Alliance is the only group to venture away with a single call at Dunkirk.

In the United Kingdom, Southampton leads the way with 10 inbound calls, closely followed by Felixstowe with 9. London Gateway gets its first deep-sea connections with the decision by THE Alliance to use it for two Asia-North Europe services and two Transatlantic loops.

2M has significantly more port calls in the West Mediterranean with 25 inbound calls, versus 19 from Ocean and 16 from THE Alliance.

There will be a total of 42 inbound calls each week in the East Med/Adriatic, spread across 19 ports. Only a handful of ports will get more than two calls each week with Piraeus the busiest with seven.

The South Atlantic of the US will turnaround the most alliance services with a total of 72 inbound and 70 outbound calls each week, more than double that of any other region in North America.

New York-New Jersey will be the main port for services into the North Atlantic, where 2M is conspicuously weaker than its rivals.

Instead, 2M’s focus appears to be in the US Gulf region with a total of 12 inbound calls, spread fairly even between the six regional ports.

In contrast, the Ocean Alliance has nine weekly US Gulf calls while THE Alliance only has six.

2M also lags behind the other two alliances in the Pacific Southwest and Pacific Northwest.

Drewry commented: “The new alliance network offers a wide geographical coverage from Day 1 with plenty of overlap between them to/from the busiest import/export regions. However, there are some areas with limited competition from alliances, which will hopefully change in time.” 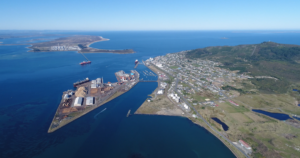