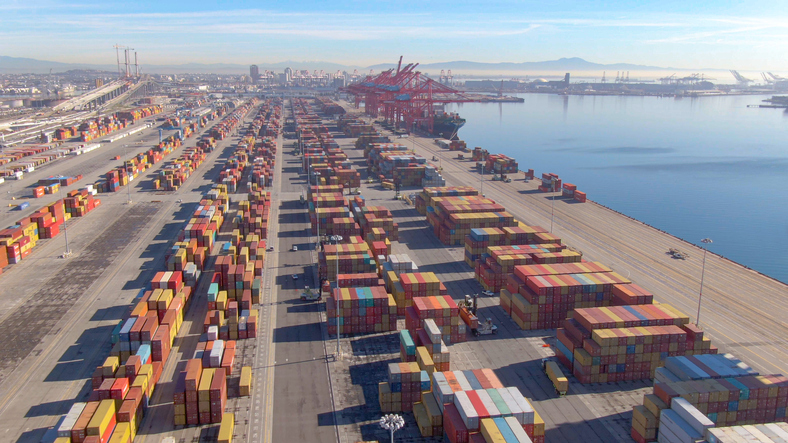 The National Retail Federation (NRF) has urged the US government to make vaccinating against COVID-19 its priority in efforts to rescue the economy from pandemic, as ports brace for record imports in the first half of 2021.

Responding to the vote from the US Senate to pass President Joe Biden’s $1.9 trillion pandemic aid package, Matthew Shay, NRF CEO said the vaccination programme was the legislation’s “most critical component” and hoped it will pass into law soon.

“We encourage the House to move quickly so that the President can sign this signature piece of legislation into law,” Shay said.

“The retail industry has been front and center throughout this crisis and remains engaged by providing vaccines to employees and consumers in communities they serve across the country.

“While this legislation adds to the historic and unprecedented level of fiscal stimulus enacted during the past year, we continue to encourage targeted and temporary fiscal support for those families, small businesses and job creators hardest hit by the pandemic.”

The NRF has previously speculated that 2021 could see record container throughput at US ports and believes an accelerated vaccination programme will help the supply chain cope with demand.

NRF Vice President for Supply Chain and Customs Policy Jonathan Gold said, “NRF is forecasting what could turn out to be record retail sales growth in 2021, and retailers are importing huge amounts of merchandise to meet the demand.

“The supply chain slowdown we usually see after the holiday season never really happened this winter, and imports are already starting to grow again.

“Consumers haven’t let the pandemic stop them from shopping, and retailers are making sure their customers can find what they want and find it safely.”

US ports covered by the NRF and Hackett Associates’ Global Port Tracker handled 2.06 million TEU in January, the latest month for which final numbers are available.

That was down 2.3% from December as the busy holiday season came to an end. But with a 13% year-on-year (YoY) increase, it was the busiest January since NRF began tracking imports in 2002 and the first time the month has ever topped the 2 million TEU mark.

While import numbers for both February and March are forecast to be significantly higher than normal, YoY comparisons are difficult because of the pandemic, the NRF explained.

February is traditionally the slowest month of the year as Asian factories close for Chinese New Year, but last year most remained closed into March because of the pandemic reducing numbers even further.

This year, however, some remained open during the holiday in order to fill a surge in orders, and ships arriving at U.S. ports faced a backlog to unload.

The pandemic has caused chaos at the US’ largest ports, particularly the major gateways for trade with China. Ports on the West Coast suffered a severe slump in demand in the early months of 2020 but recovered in the second half of the year as China resumed exports.

In the last quarter of 2020 and first quarter of 2021, US West Coast ports have seen record traffic and container handling productivity. However, they have also suffered from congestion and delay as the number of vessels waiting at anchor has almost tripled YoY.