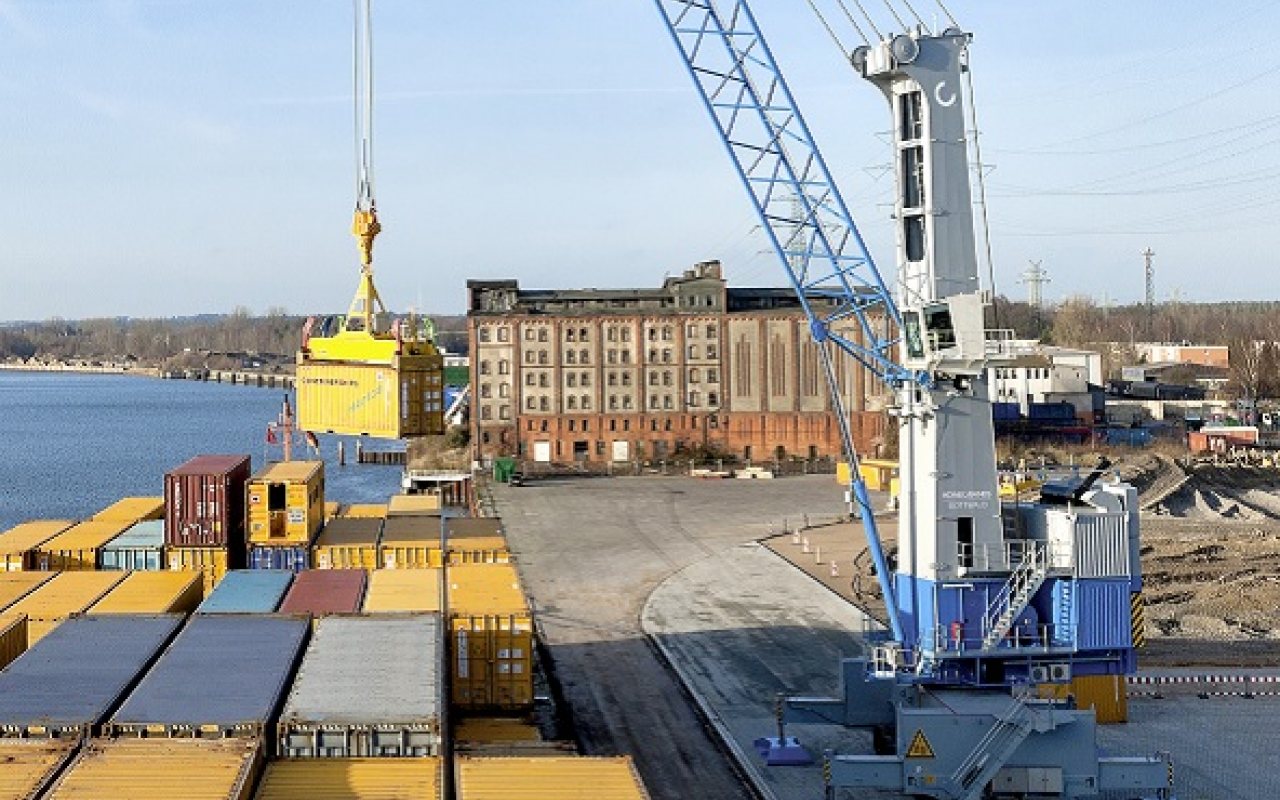 Konecranes Gottwald Model 5 Mobile Harbor Cranes and have a lifting capacity of up to 125 tons and a maximum outreach of 51 metres.

The new Model 4 cranes have a lifting capacity of up to 100 tons and a maximum outreach of 46 metres.

To handle bulk cargo, the cranes will be equipped with motor grabs.

Pelindo 3 already uses Konecranes machinery across its ports in Indonesia.

It also operates a large Konecranes Automated RMG system, along with many Konecranes STS cranes, at its Lamong Bay Terminal in Surabaya.

It has also decided to purchase mobile harbor cranes for its own use at Jamrud Terminal in Tanjung Perak Port in Surabaya, East Java from Konecranes.

“With an external power feed to hook them up to the terminal’s grid, these electrically powered cranes will help the customer to reduce costs and its carbon footprint significantly in the long term.”

Read more: The German chemical company BASF has ordered a barge handler from Konecranes for their operations in Antwerp