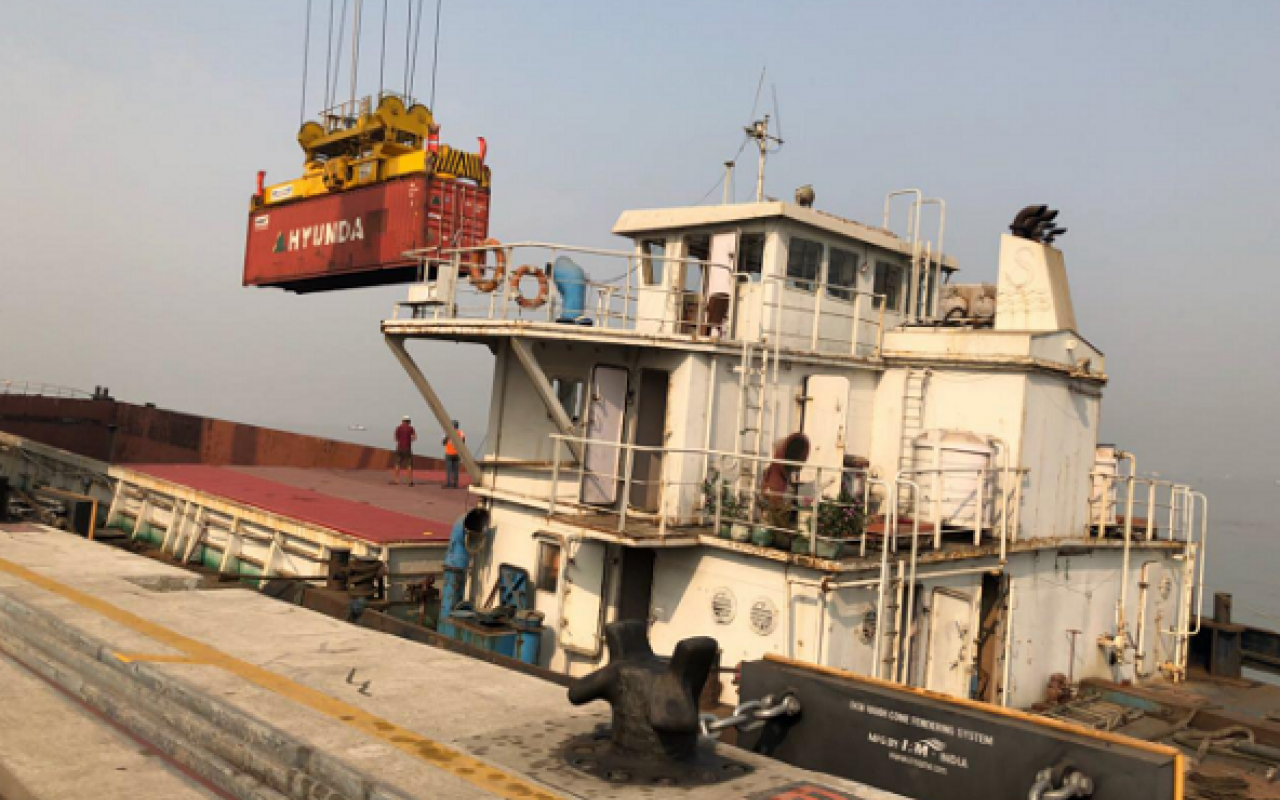 On March 18, there were both barge and rail movements as Shahi Shipping’s ‘Royal Hugli’ barge loaded 75 TEUs at BMCT for the short marine transit to Mumbai Port Trust.

This took place while an export train operated by Concor arrived from Boisar, carrying containers for other terminals in JNPT.

Containers for other JNPT terminals arriving by rail at BMCT will travel almost four kilometres by truck to JNPT’s South Gate where they will connect with export vessels berthed at those terminals.

BMCT is one of only two terminals in JNPT able to offer customers direct barge connections.

In January 2018, Port group PSA completed the first stage of BMCT in Maharashtra.

Once completed, BMCT will be the only terminal in JNPT capable of handling 1.5 kilometre-long, 360-TEU Dedicated Freight Corridor (DFC) trains.

BMCT’s rail capacity will double due once the railyard is fully functional by the end of 2022, with the completion of BMCT’s Phase 2 adding four more RMGs and three more lines to become the largest railyard in a container terminal in India.

“Our state-ofthe-art equipment will provide train operators a faster turnaround: we target 35 percent of BMCT volumes by rail once the DFC is complete.

“BMCT is working with all stakeholders to improve connectivity via increased rail and barge utilisation; the handling of a train carrying containers for other terminals at JNPT today and the barge call is testament to that.

“We look forward to continue working closely with all stakeholders for the benefit of JNPT users.”