In conversation with: Port Saint John 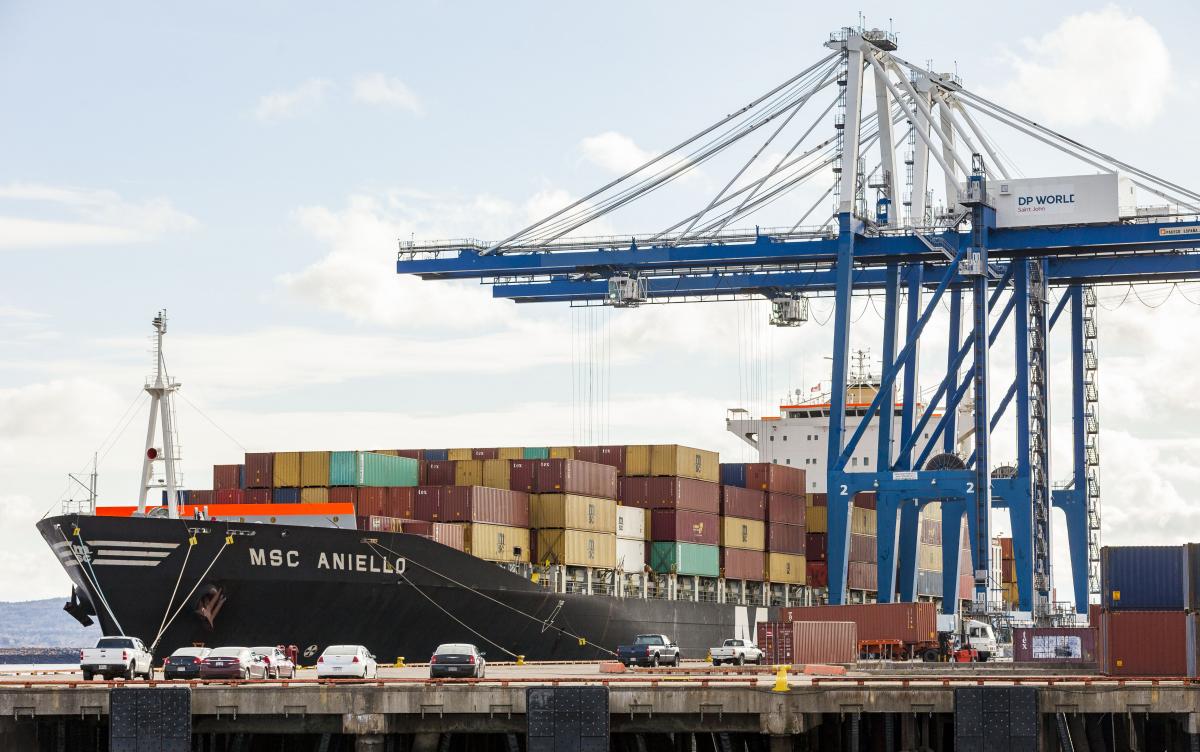 Port Saint John in New Brunswick, Canada, is underway with planning and implementing major initiatives to help improve port operations. With a new CEO at the helm, we delve into what the port has in store in the coming years.

PTI recently sat down with newly appointed President and CEO of Port Saint John, Craig Estabrooks, for his first international interview since taking on the role to discuss the ports ambitious Modernization Project and what other initiatives he wants to undertake at the port.

The port aims to expand its capacity and capabilities through this major Modernization Project. Driven by funding agreements, the project saw the port, alongside the Canadian Federal Government, and the Provincial Government of New Brunswick invest C$68.3 million ($53.34 million) each, totalling a massive C$205 million ($160.09 million) venture.

Estabrooks discusses the efforts going into the port as part of the project, as he says, “Some of our best days are ahead of us.”

Covering improvements to its pier and capital work to its container terminal that would surpass the port’s regular maintenance and repair budget, the port is focusing on improving intermodal links, modernising its truck gate, increasing berthing depth, and investment that would allow terminal operators to bring in bigger cranes with longer reach.

Port Saint John currently has the capacity to handle around 100,000 to 150,000 TEU. This Modernization Project will allow them to double that to “a little over 300,000 TEU,” Estabrooks forecasted. Combined with a one-time capital dredge, the project could enable the port to handle much larger vessels as soon as 2023.

“Right now, we have three of the largest container lines in the world: CMA CGM, MSC, and Hapag-Lloyd, all calling at Port Saint John,” he said. “We’d like to add additional services and we welcome anyone that would look at ourselves as a solution.”

With an ideal location, Saint John boasts its rail optionality which connects Montreal, Toronto, and Chicago, bringing the cities closer to the coast than ever before.

According to Estabrooks, the supply chain in Canada has seen real benefits in recent years as it encompasses two of the best world-class railways in the world: Canadian Pacific Railway (CP Rail) and Canada National Railway (CN Rail). The port has worked closely and developed a “centuries-old” working relationship with both.

“In the 90s, CP Rail made the decision that they were not going utilise Port Saint John like they had done historically, while CN Rail remained with us. In 2019, CP Rail made the strategic decision to purchase back some of that line they had sold off in the past and reclaim its presence on the Eastern seaboard, making Port Saint John one of their main focuses for growth opportunity.”

CP Rail continues to value the port as a major hub for intermodal transport as it was announced in June 2021 that the railway was investing C$90 million ($70.30 million) in upgrading the track infrastructure they had recently bought back.

Estabrooks added, “CP Rail takes a lot of pride in having modern and efficient rail standards so that they can travel at a speed that is consistent while also respectful to the community around it. Overall, it gives cargo owners an idea of strong transit times and reliability with that rail, and it is one of the best in the world at doing this.

“This investment was to make sure that the standard of rail coming in from Montreal to Saint John, for example, is strong and efficient across the network. We’re so proud it’s done that and now it’s time for cargo to start flowing and to see some of the benefits.”

Estabrooks took on CEO responsibilities on 22 November 2021 focusing on major issues surrounding climate change and energy transition, following on from the port’s involvement as a member of Green Marine’s environmental program.

“I have the personal belief that as local citizens and leaders if we’re fortunate enough to lead organisations, we owe it to the community and people around us to care deeply about the environment.

“It is also my personal belief that climate change has gone from an existential threat that we all read about in school or in articles, to a very real present threat. If you look in the Canadian context, British Columbia is suffering through some of the worst disruption and loss of human life we’ve seen and that is, in my opinion, directly attributed to climate change in the extreme nature and changing patterns of weather.”

Following on from the recent COP26 in Glasgow, the port has taken several small steps to aid environmental sustainability efforts. One example of this can be seen in it aligning its corporate social responsibility program with ISO 26000.

While it is early days to set any specific sustainability goals, 2022 is said expected to be a key planning year for the port to work out what zero-emissions will look like at its facilities and what full-decarbonisation means for the port and the community around it.

“We have been thinking about climate change during the implementation of our Modernization Project and so this is not entirely new, but it’s time to get into the more mitigating factors and see what we can do as a global community to reverse this very dangerous trend we’re on.”