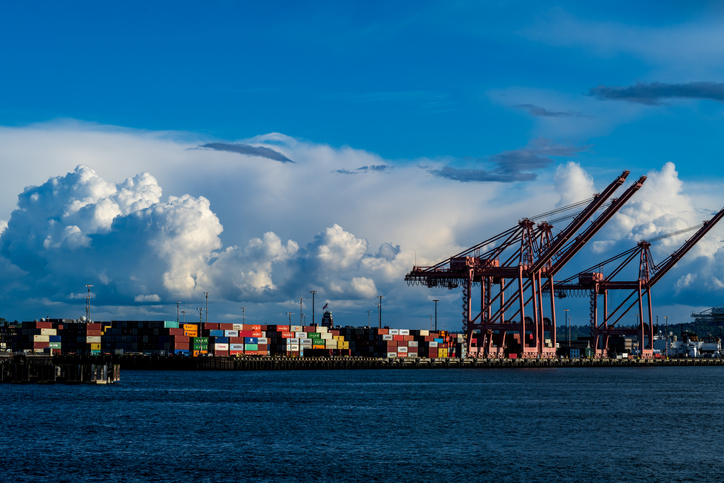 The 10 largest US ports continue to increase their inbound container volumes as container flows have started to surge on the east coast compared to the west.

Latest data from McCown Container Volume Observer showed that the nation’s 10 largest ports saw a 2.9 per cent increase in inbound container volumes during May.

Inbound volume for May was 11.2 per cent higher than the average monthly volume over the last 23 months, the container report noted.

Notably, May was the 12th straight month which the year-on-year percentage change in volume at East and Gulf Coast ports outperformed West Coast ports.

The data noted that there was a staunch 16.6 percentage point gap resulting from an 11.9 per cent gain on the East and Gulf Coast ports – and a 4.7 per cent decline at West Coast ports.

Explaining the drivers behind the growing shift, McCown wrote that recently “concern by shippers related to expiration at the end of this month [May] of the International Longshoremen and Warehouse Union (ILWU) contract covering west coast dockworkers has resulted in more rerouting eastward by shippers.”

With the shift of containers moving further east, the West Coast ports have registered a year-over-year decrease of inbounds in six of the last nine months.

Seattle/Tacoma suffered the heaviest, with inbound volume down 14.1 per cent compared to last year.

Consequently, shippers rerouted cargo away from the west coast ports via cheaper “all or more water vessel” services compared to moving containers inland through intermodal services.

“No port has lost as much from the transition” to East or Gulf Coast ports as Seattle/Tacoma, McCown wrote, where the majority of loads move onto eastern destinations via rail.

Ports with the best inbound container increase over the last three months were Charleston, up 22.5 per cent, and Houston, up 19.8 per cent.