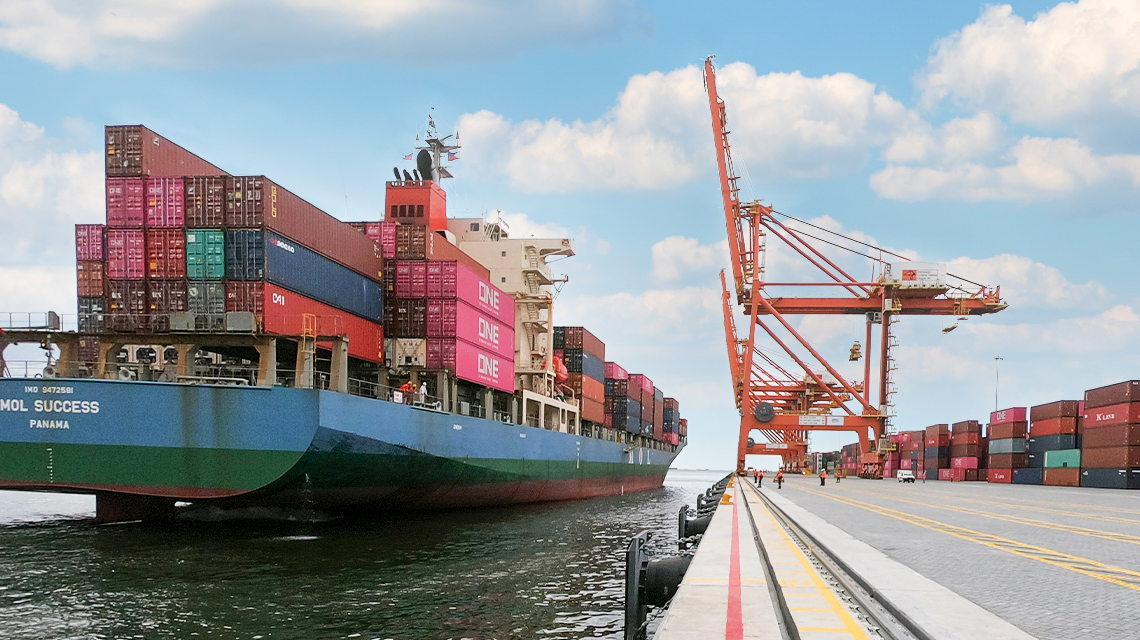 The company has planned to construct Berth 8, which will be developed in two phases, to allow MICT to handle increasing volume demand and serve new-generation container ships that can carry up to 18,000 TEU.

As the growing trend towards larger container ships continues, the expansion will allow the terminal to service these vessels with ease and efficiency.

“The added capacity will allow us to stay ahead of demand and address the steadily increasing volume, a sure sign of economic recovery for our country,” said Christian R. Gonzalez, ICTSI Executive Vice President.

“Berth 8 will be a game-changer for the city; it will take Manila’s port capabilities to a whole new level with the ability to handle the larger capacity ships and the additional volume that comes with them.”

Although currently under design, the new berth aims to add a total of 400 metres of quay wall and up to 12 hectares of yard area in phases. The project is expected to cost P15 billion ($287 million).

Water alongside will initially be dredged to a depth of 13.5 metres with potential further deepening to 15 metres draft.

“ICTSI is not specifically obligated under its contract with the Philippine Ports Authority to build Berth 8,” continued Gonzalez.

“We’re doing it to become more competitive in the face of rising global trade. Our commitment has always been to provide the highest levels of service and infrastructure and building another berth to increase our terminal’s capability is one way of honouring that commitment.”

The terminal brought Berths 6 and 7 online in 2012 and 2014 respectively, to accommodate Neo-Panamax vessels with maximum capacities of up to 15,500 TEU.

The additional berth space was completed on time and on budget despite some limitations caused by the pandemic, with strict safety and health protocols implemented throughout the project construction and completion.

Following the completion of Berth 8, the full build will increase MICT’s berth length by 21 per cent to 2,300 metres and expand its total capabilities by 25 per cent.

While Berth 6 and 7 are currently equipped with five quay cranes, with a further one scheduled for delivery in July 2023, Berth 8 will play host to at least four quay cranes – two of which will be delivered in 2025.

ICTSI has also commenced the modernisation of Berths 1 to 5 and their backup and yard areas. The project includes the installation of additional reefer racks by April to accommodate approximately 300 TEU of reefer cargo.

In the coming weeks, eight new hybrid RTGs are also scheduled to be deployed and will increase the terminals hybrid fleet to 40 units.