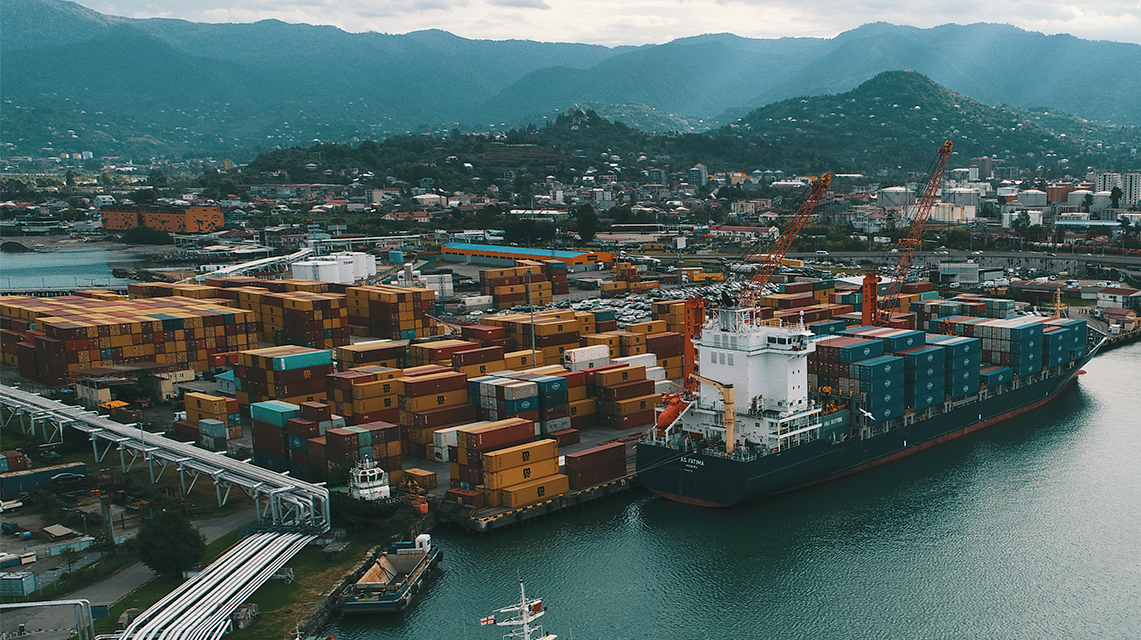 The 1,200-TEU TBX1 feeder service commenced its weekly calls at BICT in late October with the arrival of M/V AS Fatima.

The new service directly calls at the Port of Piraeus in the Mediterranean, COSCO Shipping’s Med hub.

Additional ports in the service rotation include Istanbul in Turkey, and the ports of Constanta in Romania and Varna in Bulgaria in the Black Sea – which enable a weekly and short transit time connection within the region.

In conjunction with the new feeder service, Middle Corridor containers to/from block trains can be loaded into this Diamond Line feeder service for further connection with Europe, to/from Constanta port.

According to ICTSI, this new land bridge will provide shippers from Asia with a competitive transit time to the Caucus markets and, via the port of Batumi, to the rest of the Mediterranean region – and especially with Constanta port.

“These new services highlight the strategic importance of our port to facilitate both regional and global trade and presents us with a good opportunity to further expand our role in the region,” said Nikoloz Gogoli, BICT Chief Executive Officer.

“We are excited to have been selected by COSCO Shipping as their terminal of choice in Georgia for both all water and rail-bound cargo.

“We look forward to a successful partnership with Diamond Line and the other members of the China COSCO Shipping Group.”