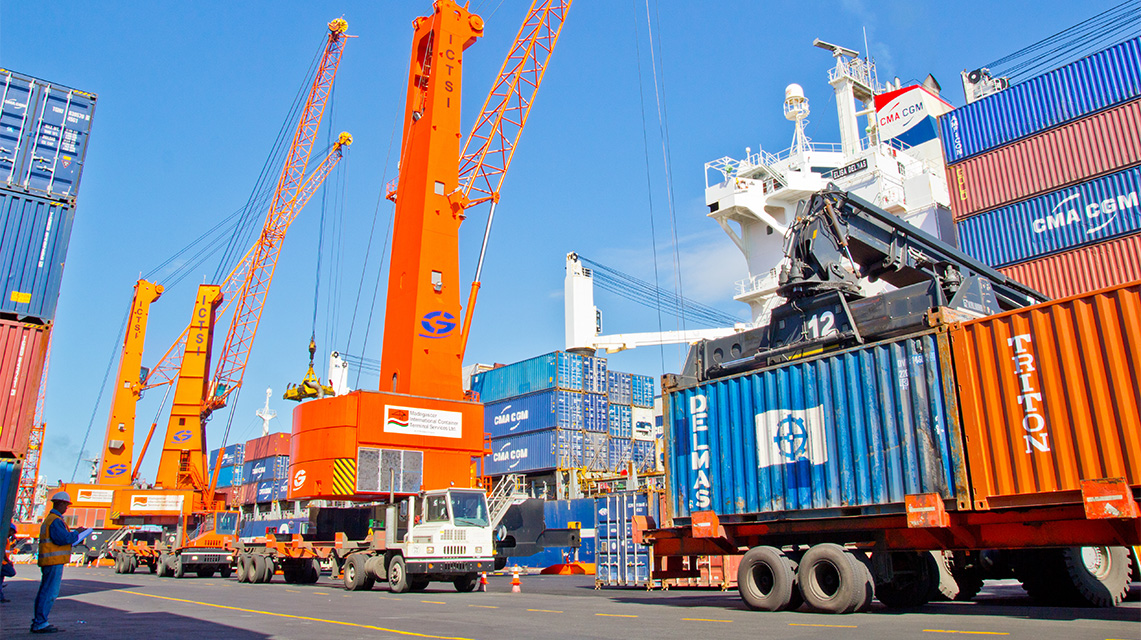 During a ceremony taking place at the port city of Toamasina, ICTSI and Société de Gestion du Port Autonome de Toamasina (SPAT) signed a 15-year extension of the concession for the container terminal located in the Port of Toamasina.

ICTSI has held the concession since 2005 and this extension will now see it develop and manage operations at the facility through 2025 until 2040.

The extension agreement was signed by Mr Valery Ramonjavelo, Chairman for SPAT, and Hans-Ole Madsen, Senior Vice President and Head of EMEA for ICTSI.

“We are very grateful to His Excellency, President Andry Rajoelina, the Government of Madagascar, SPAT for the timely and well-structured port expansion program. We are proud to work with SPAT and all involved parties to continue to deliver state-of-the-art container handling capacity and services,” said Madsen.

“When ICTSI, working with SPAT, first established a container terminal operation in Toamasina, it quickly became widely recognised as a centre of excellence in the region. Today, in this new phase of development, we aim to maintain this momentum, drawing on our industry expertise, new technology, attention to sustainability and applying the principles of good corporate citizenship.”

This agreement complements the $639 million port expansion project now underway in Toamasina, with $411 million provided by the Japan International Cooperation Agency (JICA) and $227 million by the Government of Madagascar. This expansion project guarantees the presence of modern port capacity over the long term.

Over the coming years, several infrastructure improvements are set to be completed at the container terminal. This includes comprehensive quay and yard capacity expansions.

Additionally, a new 756m container berth, with a draught of 16m equipped with ship-to-shore (STS) container gantry cranes is also set to be installed. This will allow the terminal to handle vessels of up to 14,000 TEU.

Other improvements include the addition of a 15-hectare container yard, a new gate complex, a modern workshop, extensive security infrastructure, and reefer capacity extensions.

“Working with all stakeholders, we are very confident we can play a leading role in future-proofing the port and ensuring the success of the port expansion plan,” Madsen concluded.

ICTSI has also recently reported strong financial results for the year to September 2021 with net profit reaching $316.4 million, up 73% compared to the same period in 2020.

Announced in November 2021, the company reported gross revenues from port operations reaching $1.365 billion, increasing 24% from $1.104 billion for the first nine months of 2020. This increase is said to be due to higher volumes, a favourable container mix, traffic adjustments at certain terminals, and new contracts with shipping lines and services.