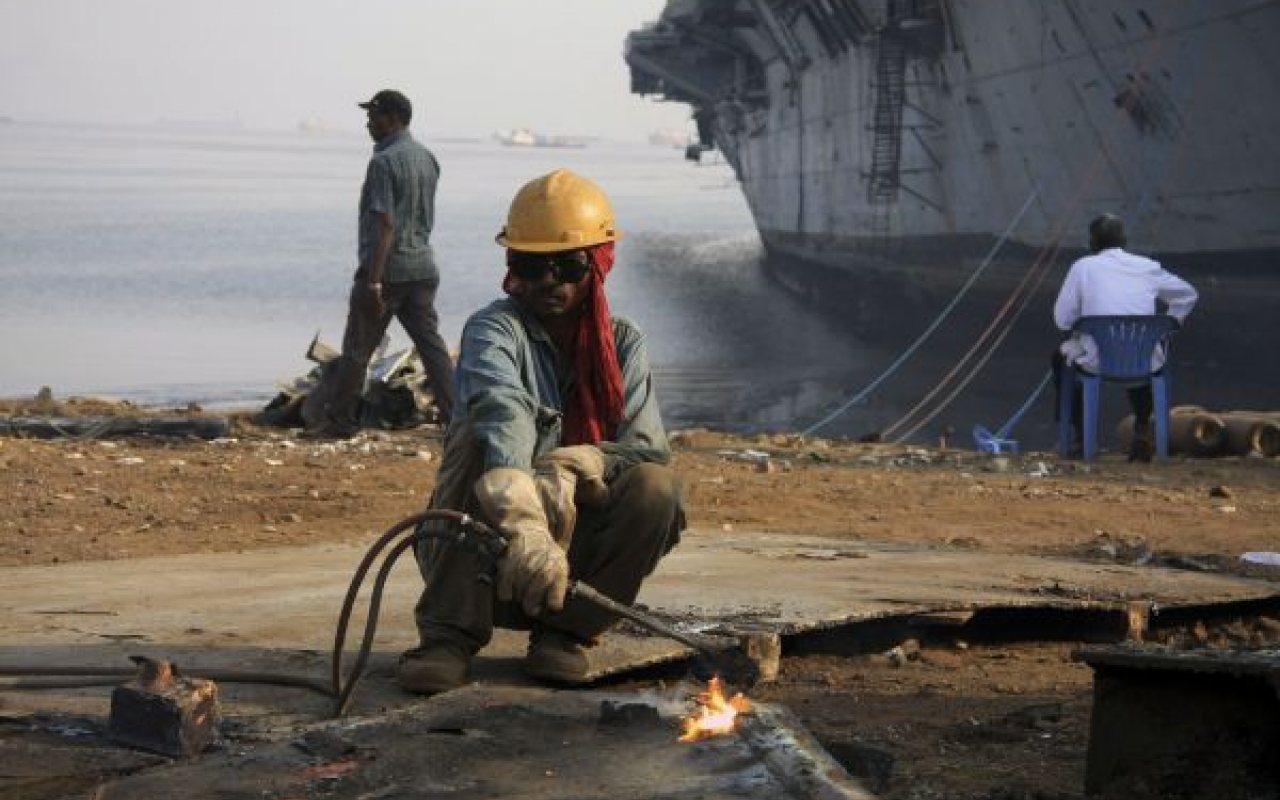 Proposals to compel ships, regardless of flag, to pay for European Union ship recycling licences when calling at EU ports, will undermine efforts by the International Maritime Organization (IMO) to improve working and environmental conditions in developing nations, where most ship recycling yards are located, according to a joint-release from the International Chamber of Shipping (ICS) and The European Community Shipowners’ Associations (ECSA).

If proposals to establish an EU ship recycling fund are taken forward, they will cause serious problems with the EU’s trading partners, including China, India, Japan, and the US.

The ECSA and the ICS – which represent over 80% of world merchant tonnage – insist that the concept of the ship-recycling license, developed by consultants for the European Commission, must be firmly rejected.

According to a proposal now being considered by the European Commission, the money that visiting ships would have to pay into a proposed EU Fund, including those flying the flag of non-EU nations, would only be returned at the end of the vessel’s working life, many years later, when it will probably have a different owner, and only on condition that the ship is recycled at a yard approved by the European Commission.

Patrick Verhoeven, Secretary General of the ECSA, said: “As well as being unduly complex, widely impractical and very difficult for the EU to administer, the establishment of such a fund will be an affront to the international community which has adopted the Hong Kong Convention on ship recycling, whose standards have already been incorporated into a similar EU Regulation.”

Peter Hinchliffe, Secretary General of the ICS, said: “Such a draconian unilateral measure, especially if applied to non-EU ships, is likely to be seen by EU trading partners as anti-competitive interference into the conduct of international shipping.  There is a real danger that other nations would apply retaliatory measures.”

ECSA and ICS argue that the EU should concentrate its efforts on getting EU Member States to ratify the IMO Hong Kong Convention, and to recognise the efforts being made by recycling yards in Asia to gain certification in accordance with IMO standards.

They insist these yards should be given a fair chance to be included in the EU list of approved recycling facilities that is being established under the EU Ship Recycling Regulation.

The ECSA and ICS are preparing a detailed commentary on the proposals for an EU fund, which they will be sharing with the European Commission, as well as EU Member States and the European Parliament.

ECSA and ICS assert that the shipping industry is committed to the implementation of the IMO Hong Kong Convention.

ECSA and ICS (with other industry organisations) have also recently published comprehensive guidelines on ‘Transitional Measures’ for ship-owners selling ships for recycling, to ensure that end of life vessels are only recycled in accordance with agreed IMO standards, in advance of these coming into legal force worldwide.