ICS, BIMCO and other bodies call on Jeff Bezos to help stranded seafarers 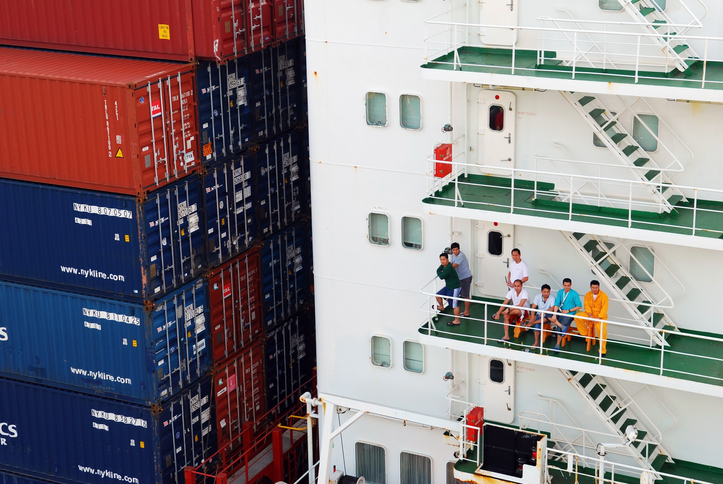 The International Chamber of Shipping (ICS), BIMCO, INTERCARGO and INTERTANKO have signed an open letter to Amazon CEO Jeff Bezos calling on him to help 400,000 stranded seafarers and pressure the incoming Biden administration to recognise them as keyworkers.

The letter was signed at a virtual meeting where the bodies met to discuss pressing issues facing the industry. Bezos is the largest retail entrepreneur in the world and Amazon relies on global shipping to transport goods. The signatories also reiterated their commitment to sustainability and finding a solution to the crew change crisis.

Esben Poulsson, Chairman of the International Chamber of Shipping, who was chairing the Round Table meeting commented: “2020 has been one of the most challenging years for the world in recent times.

“But we have seen companies like Amazon increasing their profits thanks to a great extent to the actions of seafarers who have kept trade flowing. We now need leaders like Jeff Bezos to raise their voices in support of the many seafarers who despite being in effect trapped by the crew change crisis have continued to perform their duties.

The roll-out of COVID-19 vaccinations was also discussed. With several vaccines having made headlines around the world for their high levels of efficacy, the issue of ensuring that seafarers receive vaccinations quickly and efficiently was raised.

Headlines have been made around the world throughout 2020 concerning the many sailors who are trapped on board their vessels, unable to disembark due to crew change facilities being made unavailable in the pandemic.

Members of the Round Table felt that there was now a risk that sailors could be forgotten again, if there was not a specific programme put in place to vaccinate seafarers as a priority.

“Without immediate action from industry and governments around the world, 2021 will be a year of slow and complicated recovery,” Poulsson continued.

“For an industry which supports the vast majority of global trade and lies at the heart of viable economic recovery, this represents an unacceptable future. It is of the utmost importance that seafarers are more widely recognised as key workers and prioritised for vaccinations.

“This is urgently needed to end the nightmare many hundreds of thousands of seafarers have endured over the last year, allowing them to just do their jobs.”