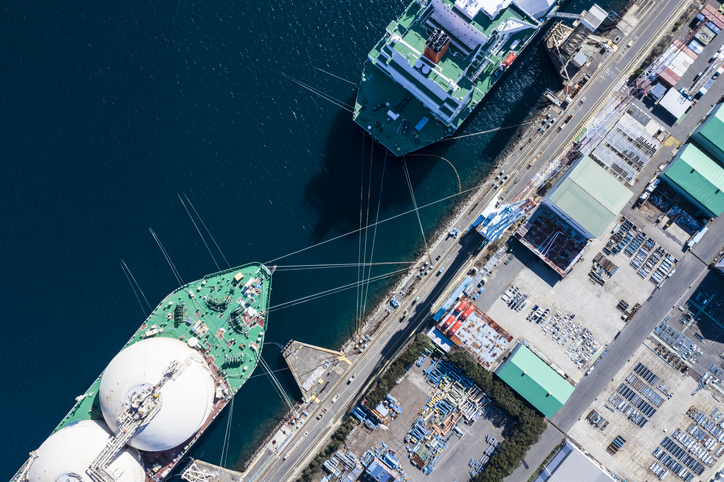 The International Association of Ports and Harbors (IAPH) and The Society for Gas as a Marine Fuel (SGMF) have joined forces to help accelerate progress on the provision of low and zero-carbon fuels at ports.

Both parties have signed a Memorandum of Understanding (MoU) which outlines how they plan to share knowledge on safe, effective, sustainable supply and use of all gases as a marine fuel.

The agreement will bring together the principal technical stakeholders needed to accelerate the adoption of alternative liquified gas fuels at ports. These stakeholders include SGMF with its energy majors, gas suppliers, equipment manufacturers, technology providers, classification societies, shipyards, ship owners and operators with the world’s principal port authorities and terminal operators from IAPH.

“The SGMF was formed in 2013 with the primary objective of advocating the safe and sustainable use of low flashpoint fuels for ships,” said Mark Bell, General Manager and COO of SGMF.

“Safety is the prevalent factor and as the industry transitions towards an inevitable low carbon future, at SGMF we are looking forward to working with IAPH’s experts from ports, many of whom are either already operational or who are in the process of implementing infrastructure that provides alternative fuels to vessels.”

Antonis Michail, IAPH Technical Director, added “As with the recent commenting paper submitted by IAPH to the IMO on the case for Market-Based Measures (MBM) revenue allocation to land-based infrastructure, it is our belief that ports may serve as the key link between the land-based fuel producers and the sea-based fuel customers, as well as the link between fuel production and other non-shipping fuel consumers.

In a previous flagship report, the IAPH, alongside associate members, and colleagues from The World Bank, produced parameters for defence strategies for ports of all levels of digitisation.

Following recent cyber-attacks, the guidelines note that “The accelerated pace of digitalisation in port and port facilities only intensifies the urgency for executives to focus on organisational cyber resilience in order to safeguard the integrity and availability of critical data, ensure service delivery and protect maritime infrastructure.”