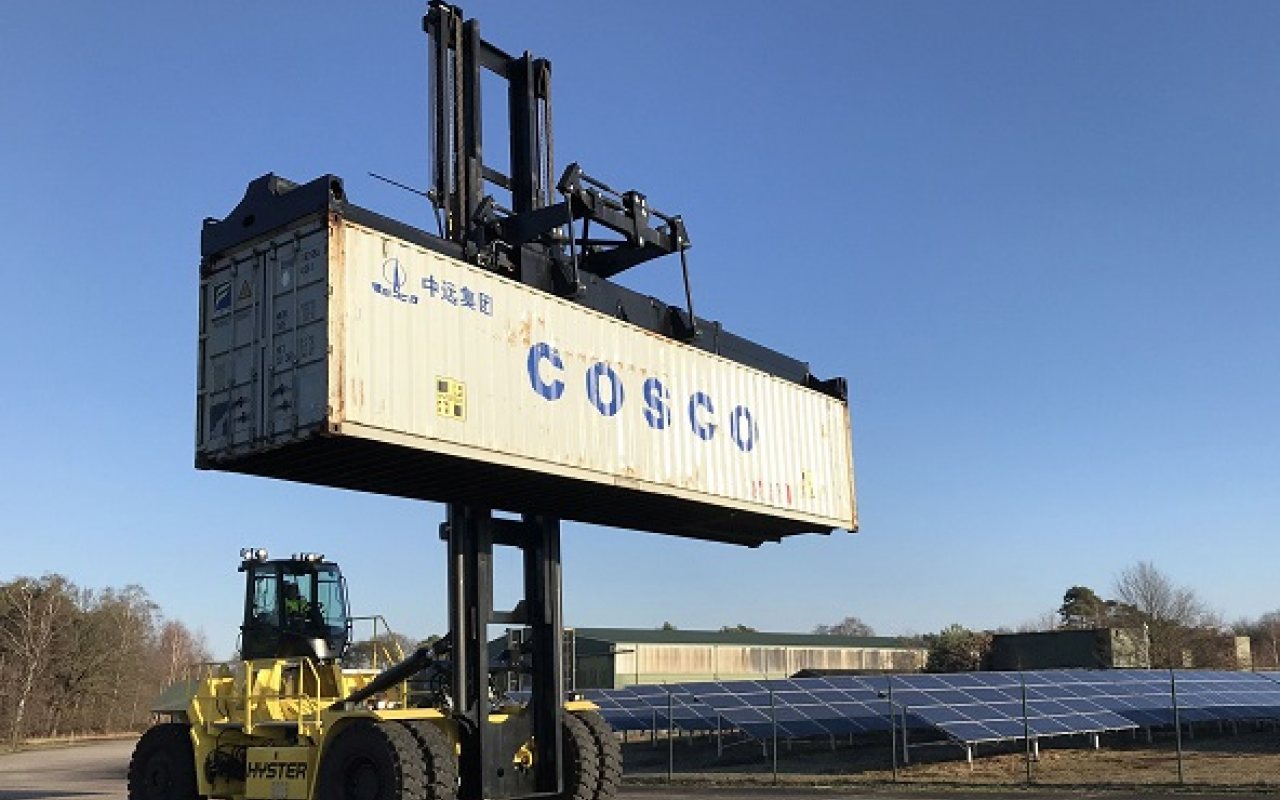 Hyster Europe, material handling specialists for the port industry, has provided an update to two of their biggest zero-emission container handling projects.

According to a statement, two Laden Container Handlers and one ReachStacker are currently in development at the Hyster Big Truck Development Centre in the Netherlands.

Both machines are designed to incorporate electricity at high voltage as the main energy source in order to power zero-emission, fully electric motors.

Tests, Hyster says, have so far shown that the machines in development offer comparable, or potentially even better, performance and provide excellent energy efficiency and a low cost of ownership.

The first of the two Container Handlers is purely powered by a large lithium-ion battery, which is charged by a high-power, wireless fast charger. Once released, it will be used by a port operator in the Port of Los Angles.

Hyster says it does not expect the ‘battery-only’ approach to suit applications with a medium-duty cycle where there is the necessary energy infrastructure.

The second also features a large lithium-ion battery but is re-charged by two onboard fuel cells during operations.

Hyster’s zero-emission ReachStacker features hydrogen fuel cells and will be delivered to the MSC Terminal Valencia (MSCTV) at the Port of Valencia.

Project Leader for Hyster Europe Wilem Nieuwland, had this to say about the developments: “The energy recovery achieved by the Container Handlers in testing is more than expected, largely due to the full flow hydraulic energy recovery. Energy consumption reductions of up to 15% are expected compared to trucks without these systems.”

“We have been amazed by the instant responsiveness of the electric Container Handler in testing.

“The accuracy and control of the lift and drive are even better than the IC models, giving handling precision that we expect can only increase productivity further.”

“The use of hydrogen reduces planning complexity or charging. Continuous operation is possible as long as hydrogen is available from the on-board hydrogen tanks. Even where refilling is required, this is only expected to take around 15 minutes.

“Plus, the battery can also be charged during lunch and other breaks to minimize refueling requirements further.”

Speaking specifically about the ReachStacker, Nieuwland said: “We expect the Hyster® electric ReachStacker to support continuous operations and achieve comparable, or better, full shift performance to a conventional IC ReachStacker.”

As well as savings in energy costs, Hyster also says maintenance outlay to be cut, as well as noise levels, and a return on investment in approximately 3-4 years.