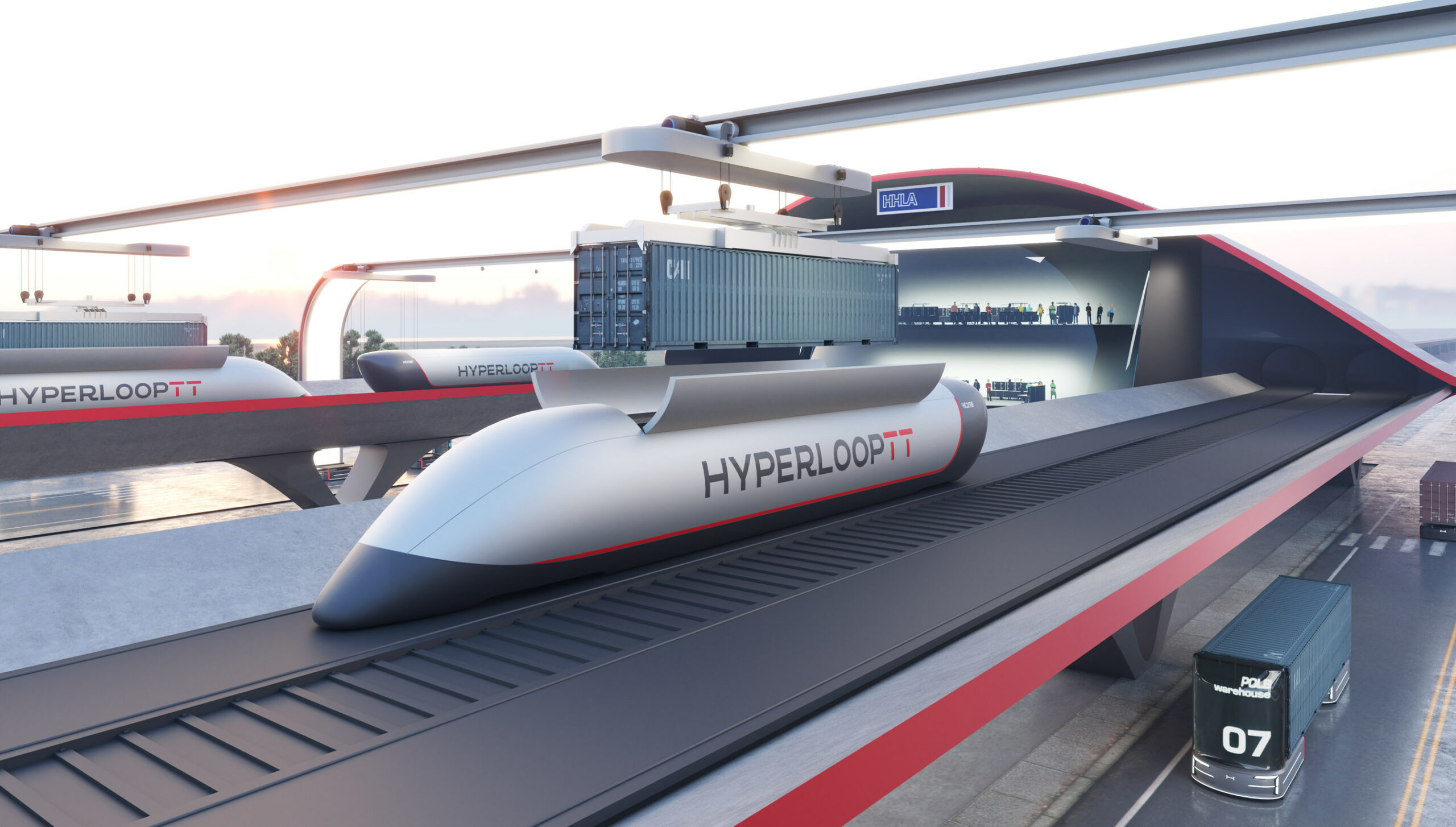 HyperloopTT and HHLA entered into a cooperative agreement at the end of 2018. Their first step was to develop a design study based on their technical concept for the HyperPort sustainable high-speed cargo solution.

Due to be revealed further at ITS World Congress in October 2021, the system can efficiently and safely move up to 2,800 containers a day in a closed operating environment, without traffic or environmental influences.

The individual HyperPort transport capsules provide room for two 20-foot, or one 40- or 45-foot standard or high cube container.

“This project in particular [began] with the aim to solve some of the big problems that we have in the port on congestion of traffic going through the cities,” De León explained.

In other hyperloop type projects the form of cargo movement has been through Unit Load Devices (ULD) like pallets, De León noted.

This project, however, improves the business case further for ports, by creating a 5.6 metre-diameter tube to move containers straight from a container terminal.

A number of challenges face planners when transporting containers from a yard into a hyperloop tube, De León believes.

“Size was a challenge – particularly because the diameter of the tube in the HyperPort is bigger than in a normal hyperloop system,” he said.

“From the point of the view of the weight, being able to levitate and move two TEU containers is definitely also a challenge.”

This concept also utilises existing port infrastructure through cranes to transfer containers into the system which should reduce costs for ports, De León argued.

“To interface with port logistics, we wanted to create something that was on one hand was very effective, but on the other hand [fit] traditional operations. We wanted to do something that does not change drastically the layout of [container terminals],” he said.

By installing a hyperloop container system a port could transform the future of logistics away from coastal port-city complexes.

The HyperPort concept from an engineering, operations, and commercial perspective is ready for installation, De León said, opening up an interesting logistical dynamic for ports.

Akin to rail freight transporters moving containers from China to Europe through the Silk Road, De León said, a port can rapidly transport containers to inland logistics 300km away.

“For countries that are radial like Spain, it makes sense to move the containers to logistics centres – [such as] from Barcelona to Madrid,” or from the Port of Hamburg to Frankfurt, for example.

De León argued that a number of global networks could benefit from the new form of transportation – ranging anywhere from coastal ports in Australia, to the aforementioned China-Europe transport route – alleviating congestion on port complexes through the rapid transfer of containers.

Ports have increasingly been investing and researching carbon-cutting initiatives, and a full-scale hyperloop system offers clear benefits compared to inland trucking or rail freight, for example.

Through passive magnetic levitation, the HyperPort uses permanent magnets over an aluminium track, creating levitative motion for the container pod. Power will also be generated by integrated solar panels.

He noted that some other hyperloop projects have used magnetic levitation (maglev) rather than the passive type which is “very intensive” in energy consumption.

“Because sustainability is in the core of our mission, we are also working on seeing how we could have green steel and sustainable materials [to reduce] our impact on the environment.

“But from the point of view of the operations, the system is zero emissions. That is at a huge advantage, and something that we have never seen before.”