How will the Suez Canal crisis affect the global supply chain? 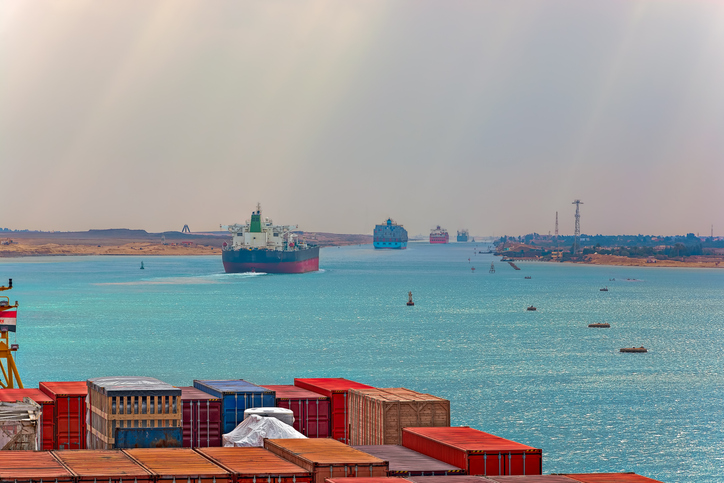 The global supply chain is likely robust enough to cope with any fallout from the blockage of the Suez Canal and logistics processes will be able to absorb any problems that will arise from it, as has been apparent in the face of previous supply chain disruptions.

The suspension of traffic through the Suez Canal, caused by the previously grounded Ever Given container ship, has created uncertainty across the global supply chain and stoked fears that the port and terminal sector could suffer a new congestion crisis, particularly in Europe.

According to supply chain expert Wolfgang Lehmacher, the global supply chain network “carries a lot of inefficiencies and buffers” already and has had to cope with trade wars, underinvestment and the effects of the COVID-19 pandemic, such as border restrictions and the closing of infrastructure.

“We closed factories and shops, while stimulating demand, which drives more imports, major imbalances, reflected in the shortage of sea containers in Asia,” Lehmacher told PTI.

“Yet, global supply chain networks are still largely functioning, despite all the consequences and impacts of the before-mentioned decisions.

“Ports look messy, and the chain disjoined. But eventually, things fall into place. Thanks to the experience and extensive problem-solving capabilities of the supply chain and logistics professionals in the industry.”

Approximately 12% of global trade passes through the Suez Canal and Lehmacher said the most badly hit volume will be between Asia and Europe, with oil and liquified natural gas (LNG) being badly affected, along with containerised trade.

According to Drewry Shipping Consultants 5% of sailings in the past three weeks were cancelled as a consequence of the Suez Canal, with carriers from all major alliances affected. Before the Ever Given was dislodged from the banks of the canal, some carriers diverted their vessels to the Cape of Good Hope, which can add up to two weeks to a journey.

The International Chamber of Shipping (ICS) said the crisis has laid bare the “fragility of global supply chains and emphasised how important the container shipping sector is to the global economy.

Guy Platten, Secretary General of the ICS, said the crisis has “shone a spotlight” on the delicate nature of cargo traffic.

“The literal ‘pinch point’ of Suez is a prime example of how an unexpected incident can disrupt the finely balanced system that we all rely on.

“The majority of trade between Asia and Europe still relies on the Suez Canal, and given that vital goods including vital medical equipment and PPE, are moving via these ships we call on the Egyptian authorities do all they can to reopen the canal as soon as possible.”

Platten also warned that the crisis will cause “significant” damage to the global supply chain as the vessels waiting at anchor will be delayed arriving at European ports, which will cause further economic challenges.

“This also speaks to a deeper problem. The governments and markets are sitting up and paying attention to this issue as we can clearly see an economic fallout from the delay to goods the blockage will cause.

“But shipping’s ongoing crew change crisis has been largely still invisible to wider public. Crew are still working hard around the globe to keep global trade moving, despite 200,000 seafarers being impacted by overly harsh restrictions which stop them boarding or disembarking ships.”

“We hope this incident will remind governments of the vital role that seafarers and shipping plays in keeping the world supplied. Seafarers must not be forgotten as soon as this incident is over.”