How an empty box can cause supply chain havoc 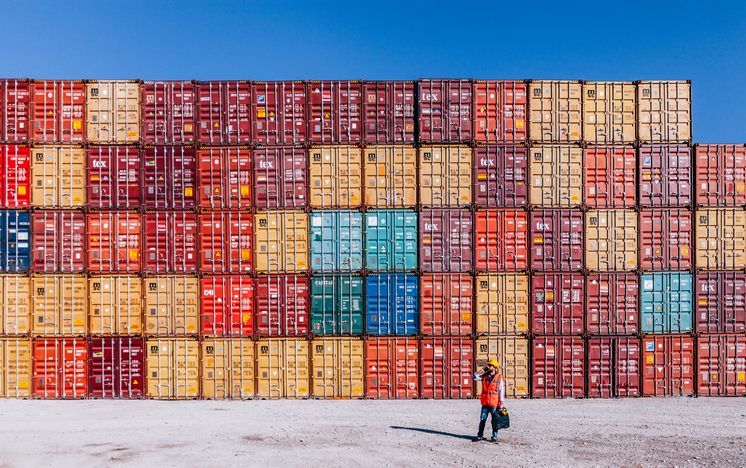 Container equipment shortages are causing problems for the global supply chain due to the disparity of empty containers in different regions.

Box shortages have forced freight rates to record highs because there is now a surplus of empties in the US and Europe and a shortage in Asia.

This is the result of a glut of cargo leaving China after the economy opened up earlier in 2020 and a low level of exports from Europe and the US.

The Port of Los Angeles for example has experienced an unprecedented cargo surge with November volumes up 22% year-on-year. In addition, empty containers, heavily in demand in Asia, increased 34.2% compared to November 2019, reaching 294,010 TEUs.

This combined with a 5.5% decrease of loaded exports from the Port of Los Angeles has resulted in too many empties at the Port.

Similarly, in the UK the Port of Felixstowe is facing a similar situation, in September the port was reporting a weekly import volume of over 30% higher than average levels.

Compounded by a number of containers of PPE occupying storage space at the Port this has ultimately resulted in container congestion at the port.

In a recent statement the British Ports Association (BPA) noted that some ports and terminals have reported that the peak has passed.

However, Felixstowe has said the high container volumes at the port are expected to last until early 2021.

The overall shortage of empty containers in Asia is predicted to last until at least January 2021 according to modelling from Sea-Intelligence.

Having explored many strategies that can be taken to resolve the problem the consultancy concluded that the only scenario in which there is a prospective resolution is one where carriers both procure new containers, as well as reposition aggressively.

In addition, Drewry Shipping Consultants said that the surge in cargo demand has boosted investment in new container equipment. With this renewed demand manufacturing has recovered and is expected to reach 2.67 million TEU by the end of 2020.

Drewry noted in its recent opinion piece that the ramp up of newbuild production of containers will certainly help alleviate some of the ongoing container equipment shortages, but the greatest impact will come from a normalisation of cargo demand development and carrier sailing schedules, as Covid-19 related disruption unwinds through the first half of 2021.

The BPA also commented on the increased freight rates noting that, “We are aware that some in the freight sector have seen increases in shipping costs. This is not something the ports sector has any control over and is a challenge for the shipping community.”

Overall, speaking from the UK perspective the BPA said, “The underlying issues are well understood and there is no case for significant intervention or change to Government policy.”