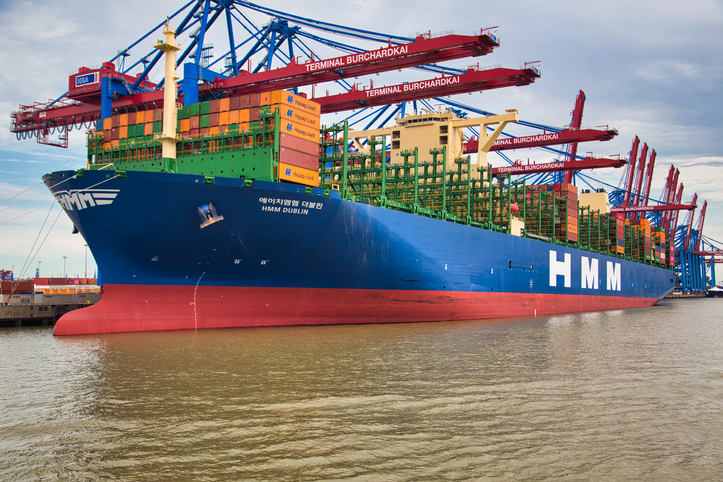 Shipping expert Lars Jensen commented on the company’s financial results: “It might also be noted that they provide ‘Net income before income tax’ as KRW 5.316 billion ($4.438 billion), whereas the ‘Net income’ is stated as KRW 5.326 billion ($4.450 billion).

“In other words, seemingly a negative tax payment for 2021 despite the record-high profits. I cannot from the disclosure see exactly why this is the case, but one assumption might be the carrying-forward of negative tax implications from deficits in previous years.”

Some of HMM’s operational highlights from 2021 include the signing of newbuilding contracts with Daewoo Shipbuilding & Marine Engineering (DSME) and Hyundai Heavy Industries (HHI) for twelve 13,000 TEU container vessels. This cost a total of $1.57 billion.

In a statement, HMM said that under an agreement with DSME, each company will build six vessels scheduled for delivery in the first half of 2024. All ships will be installed with hybrid scrubbers and designed to be LNG-ready.

In March, the shipping line announced that the first container ship in its mega-ship fleet had begun its maiden voyage from the Port of Busan.

The vessel had a nominal capacity of 16,010 TEU and was equipped with 1,200 plugs for reefer containers.

The service set sail from Busan on 7 December and full circulation takes a total of 84 days.