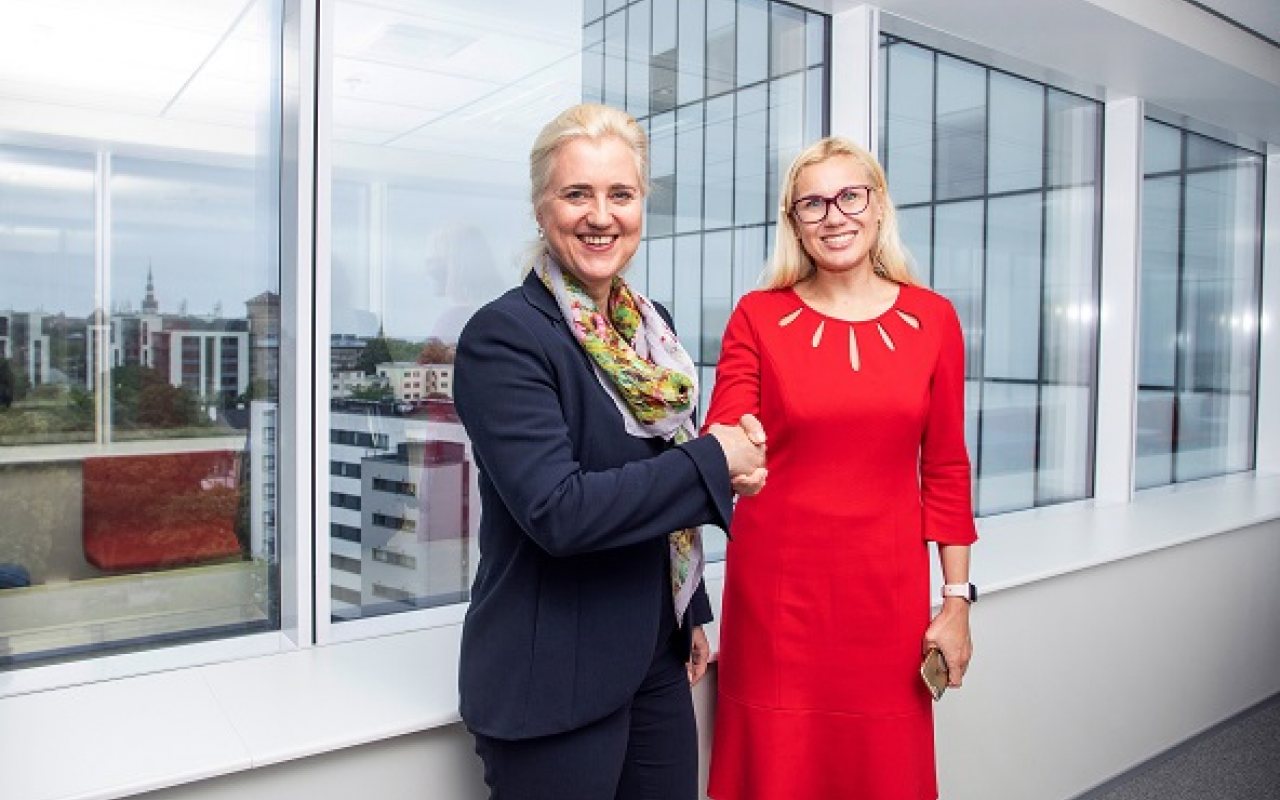 HHLA reported today (June 3) that the transaction is complete after the last sales conditions dated 26 March 2018 were fulfilled on June 27, resulting in all shares in Transiidikeskuse AS being transferred to HHLA International GmbH.

With the purchase of Transiidikeskuse AS, HHLA is expanding its regional diversification.

The Port of Muuga is the main port in Estonia and an important maritime location in the Baltic region.

According to HHLA, the port is a “clear market leader in container handling” in the Baltic country.

Regional infrastructural projects such as the Rail Baltica project, a greenfield rail transport infrastructure project with a goal to integrate the Baltic States in the European rail network, will develop the Port of Muuga into a multimodal hub.

Angela Titzrath, Chairwoman of HHLA’s Executive Board, met with Estonia’s Minister of Economic Affairs, Kadri Simson, during her visit to Tallinn.

Simson welcomed HHLA’s commitment to the Port of Muuga, saying that it made the site stronger and supported the government’s efforts to attract European investors to the country.

Titzrath reported on the positive response of numerous HHLA customers to the takeover.

She said that Muuga offered a great deal of potential as a European port, and that with its expertise in terminal operation, HHLA wanted to lead the facility further into a successful future as part of a logistics network.

During a visit to the Estonian capital of Tallinn, Titzrath said: “We’re delighted that the takeover has now been completed.

“This will allow us to successfully advance the ongoing integration of TK into the HHLA Group.

“We see great potential in the Port of Muuga, as well as in the entire regional market, and we are determined to make the most of it with the help of TK’s highly motivated workforce.

“The takeover of TK is a first successful step in the implementation of our strategy.

“Hamburg and Tallinn share a long history as Hanseatic cities.

“We wish to revive this spirit, not least to generate growth in our core market.”

The HHLA Executive Board has discussed the next steps of the integration with those responsible at TK.

The former CEO of TK, Vladimir Popov, and the CFO, Helena Hakkinen, will continue to be responsible for the company’s successful development.