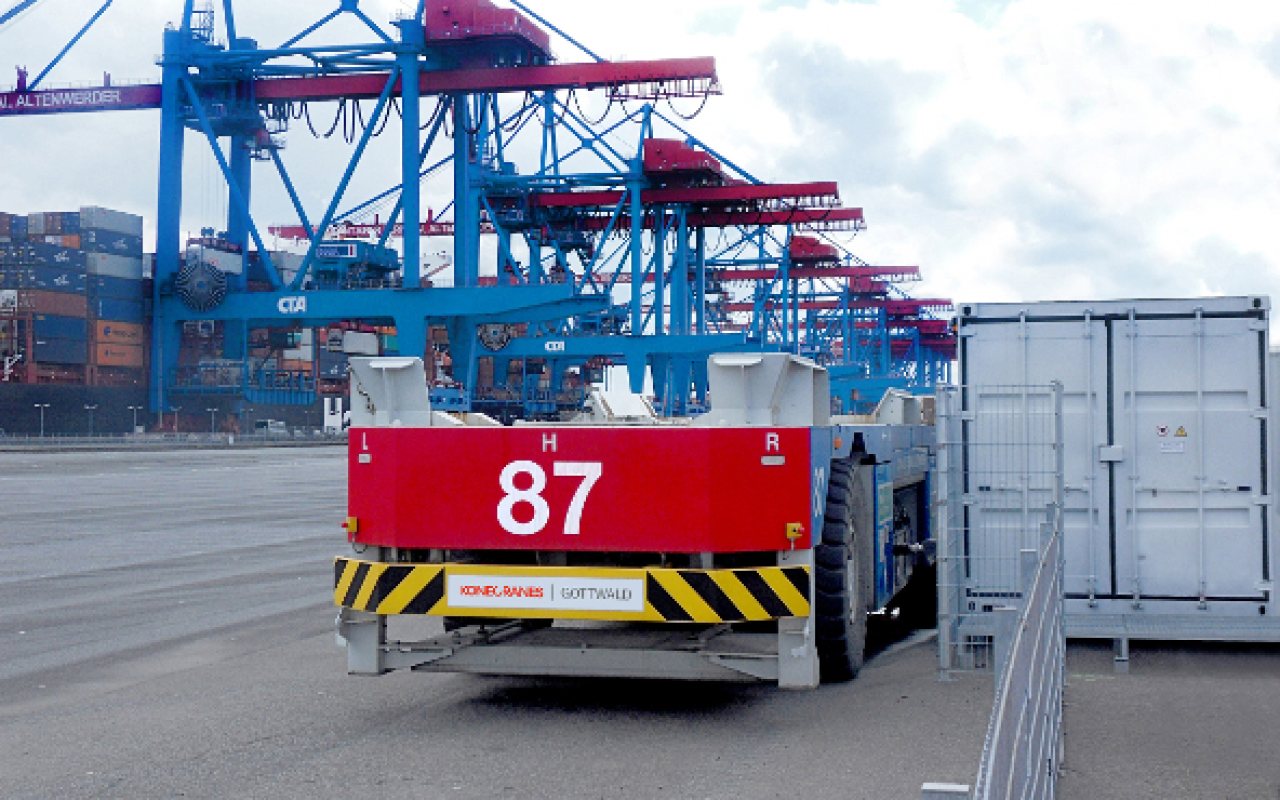 The order was booked in the first quarter of 2017 and machines are scheduled to be delivered in spring 2018 together with six fully automated quick chargers.

Jens Hansen, Board Member and Chief Operating Officer of HHLA, said: “Our CTA with its high degree of automation is already leading the way for container handling of the future, to which the AGV technology of Konecranes has made a major contribution.

“With our entry into lithium-ion battery drive technology, we are continuing to develop consistently in terms of efficient and sustainable container handling.”

HHLA and Konecranes first AGV deal was in 2001. These were equipped with diesel-hydraulic drives, but this was followed by diesel-electric drive train AGVs in 2006. In 2011, AGVs with lead-acid batteries were delivered. These were the first battery-driven AGVs on the market. To date, a total of nearly 100 AGVs have been delivered to CTA.

“With the Li-ion batteries, we are now able to offer terminal operators a battery with greater efficiency at lower deadweights and up to three times the number of charging cycles in comparison to lead-acid batteries.

“Since the Li-ion batteries can be charged around four times faster, it is also possible to charge in the vehicle in connection with an automated quick charger.

“This also means that the electrification of brownfield AGV terminals can be facilitated without the need for major investment in the infrastructure.”