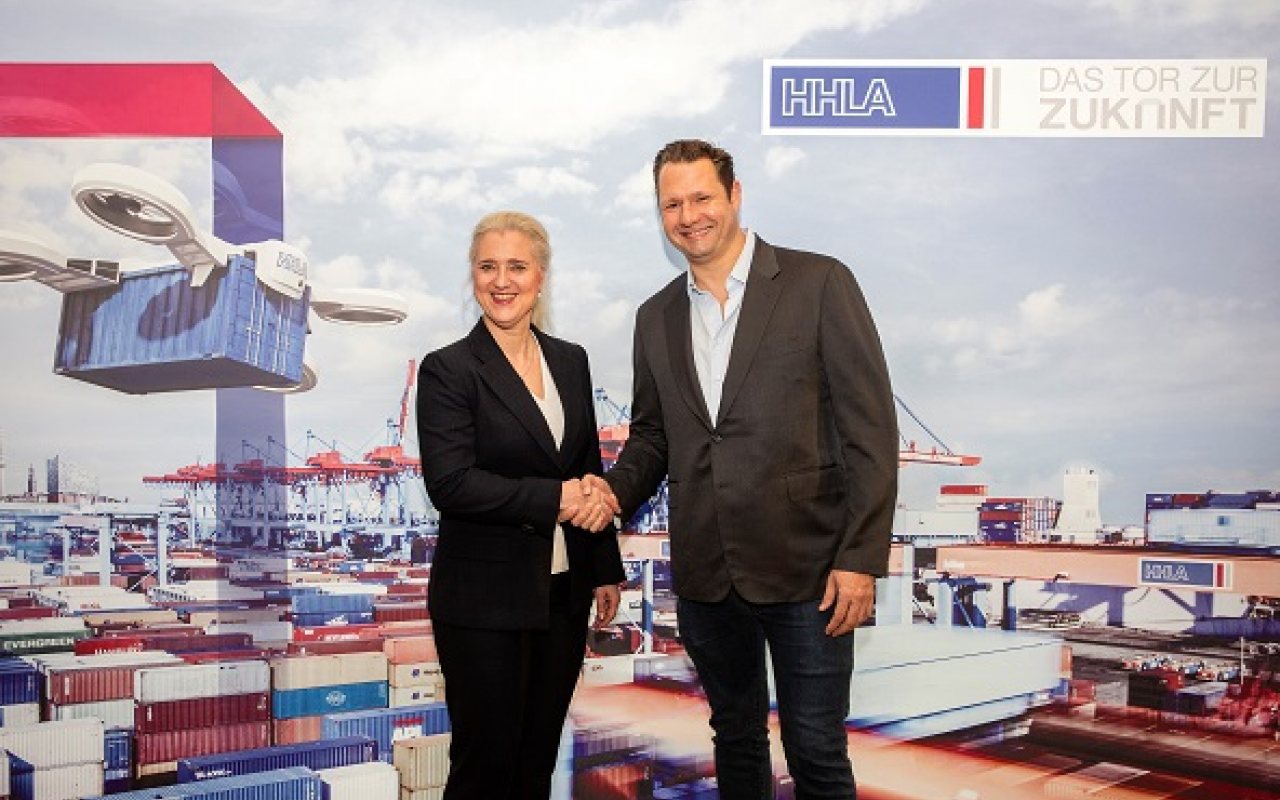 Hamburger Hafen und Logistik AG (HHLA) has agreed to work with development Hyperloop Transportation Technologies (HTT) to transport containers at high speed to and from the Port of Hamburg, according to a statement.

The announcement is an update to a plan first suggested on December 3 and a joint-press conference between the two companies on December 4 confirmed the project.

The goal of the venture is to develop and later market a Hyperloop transport system for shipping containers.

Initially, it will see the construction of a transfer station for testing purposes at an HHLA terminal in Hamburg, after which a transport capsule for standard shipping containers will be developed.

PTI Insight – Ports in the Cloud: The Next Step in Automation

Behind the concept of Hyperloop is the idea of transporting people and goods at speeds reaching and even exceeding 1,000 kilometers an hour (km/h).

A test track for transporting people and goods is currently under construction in Toulouse, France, with the first test journeys set to take place in 2019.

Speaking at the press conference, Angela Titzrath, Chairwoman of HHLA’s Executive Board, said: “With the Hyperloop transport system, HHLA is pursuing the goal of developing an additional component of efficient logistic mobility solutions in Germany.

What is the future of smart ports and the supply chain? Find out with a Port Technology technical paper

”As a gateway to the future, we want to employ innovative approaches to make a contribution towards relieving the strain on the transport infrastructure in and around the Port of Hamburg and to use the capacities of our terminal facilities in an even more efficient way.”

Dirk Ahlborn, founder and CEO of HTT, also commented: “HHLA has a long history of innovation. Years before we were talking about self-driving vehicles, containers moved autonomously in Hamburg.

“Together, we will develop a complete system, that not only concentrates on speed and efficiency but also takes into account the issues ports face in daily operation.”

Michael Westhagemann, Minister for Economy, Transport and Innovation of the Free and Hanseatic City of Hamburg, spoke about the impotance of digital innovation.

He said: Digitisation and technological developments are increasingly changing our day-to-day work.

“In order for us to remain a leading global logistics hub in the future, we need new ideas and new business models in the logistics environment, as well as infrastructure projects such as the adjustment of the navigation channel of the river Elbe and the expansion of motorways.

“It is good when we can develop and test such innovations here in Hamburg.” 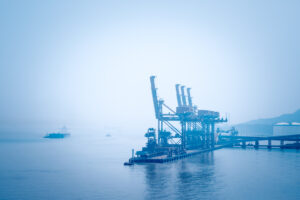 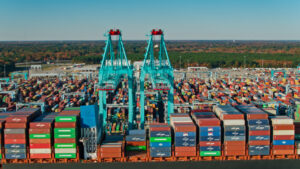