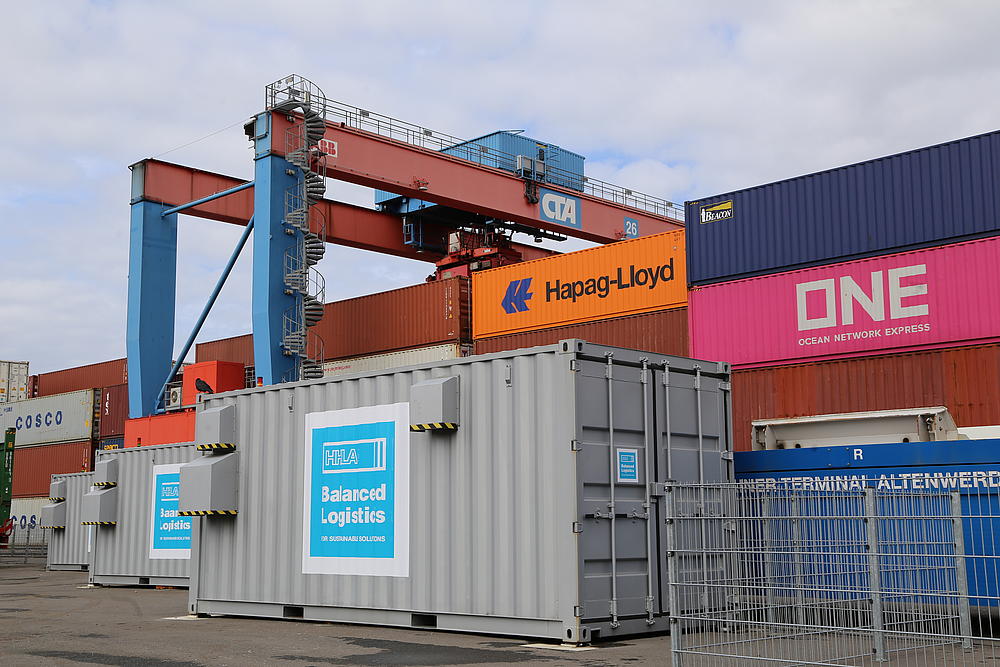 In a statement HHLA said it had added two charging stations on 4 September, which will be used to supply green energy to the AGV fleet in charge of transporting containers between the quayside and container storage blocks at CTA.

Four further charging units, each stored in a 20-foot container, will be delivered to the terminal in the coming weeks. This will increase the number of charging stations at CTA to 13 by the end of 2020, and five more will be added in the next year.

Additionally, it will put 16 additional lithium-ion AGVs into operation by the end of the year.

With the expansion of climate-friendly energy supply at CTA, HHLA is ensuring the continued operation of its growing battery-powered AGV fleet. Half of the vehicles employed are already powered by lithium-ion batteries.

By the end of 2022, all of the almost 100 vehicles should be powered by lithium-ion batteries. This will result in an annual reduction in emissions of approximately 15,500 tonnes of CO₂ and around 118 tonnes of nitrogen oxide because the electric AGVs do not generate any local CO₂, nitrogen oxide or fine particulate matter emissions.

The battery-powered vehicles are also attractive from an economic standpoint because their ratio of energy consumed to actual power output is three times higher than that of diesel AGVs. Further advantages of lithium-ion batteries include their charging time, which is just one and a half hours, high durability and freedom from maintenance.

The conversion of the AGV fleet at CTA, supported by Hamburg’s Ministry for Environment, Climate, Energy and Agriculture with support from the European Regional Development Fund (ERDF) as part of the “Energiewende in Unternehmen” subsidy programme, is an important component of HHLA’s sustainability strategy. The goal is to halve CO2 emissions by 2030 and achieve climate neutral-ity across the Group by 2040.

Due to its high degree of automation and electrification, the CTA is now the world’s first container handling facility to be certified climate-neutral. Terminal processes that still produce CO2 emissions today will be gradually electrified, or their transition to electrical power will be field-tested.

HHLA compensates for CO2 emissions that are still being generated through emissions reduction certificates, thereby supporting environmentally friendly projects. The goal is to constantly reduce the need to compensate, which will be driven forward through the expansion of the battery-powered AGV fleet.