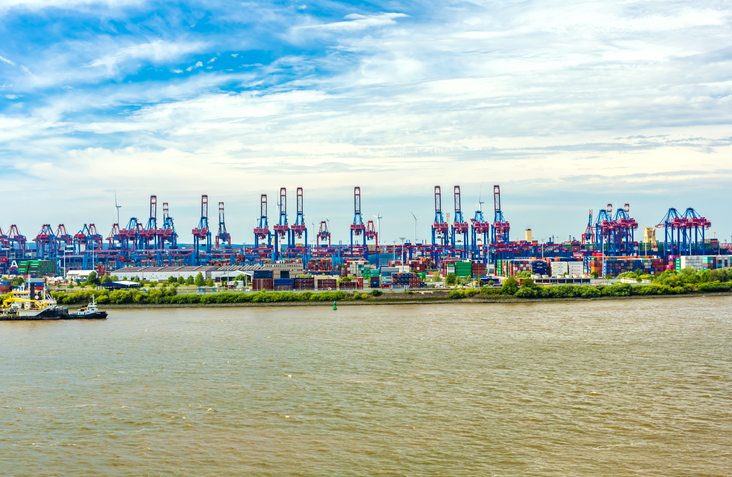 The Port of Hamburg Marketing has predicted that container traffic volumes will stabilise in 2021 and that it expects the hub to handle 8.7 million TEU.

The Port posted a 1.8% year-on-year (YoY) increase in TEU volume in Q1, which it said was driven by a “steep increase” in traffic in March.

Axel Mattern, Joint CEO of Port of Hamburg Marketing, said, “The month of March brought the crucial turnaround for container handling. Compared to March 2020, this was ahead by 9.4%.

“From March, we discerned a recovery in several areas of the economy, stronger consumer demand, and renewed stability in the number of liner services calling in Hamburg.

“With 697,000 TEU being handled on seaport-hinterland services by rail, a 5.1 percent gain, we achieved a fine result.”

Trade with China, the Port’s biggest commercial partner, increased by 16% in Q1 YoY, but volumes with the US only rose by 0.7% YoY.

Rail traffic also grew by 5.1%, which according to Ingo Egloff, Executive Board member, shows that the Port’s infrastructure can handle volumes when demand increases steeply.

Federal and Hamburg maritime authorities have also transmitted a positive signal for the Port of Hamburg with initial partial clearance at the beginning of May for the new navigation channel depths and the passing box.

At the first stage, vessels can utilize around half of the total draft improvements gained. The ‘CMA CGM Jacques Saadé’ was the first containership in the Megamax Class to do this.

With a length of 400 metres and a breadth of 61 metres, this LNG-powered containership is among the vessels immediately able to benefit from 90 centimetres of extra draft. This enables her to bring around 1000 more containers to Hamburg.

Jens Meier, CEO of Hamburg Port Authority, said, “Since the go-ahead for the new depths in the navigation channel a few weeks ago, higher drafts irrespective of the tide have given us considerably great freedom for manoeuvre in our traffic planning.

“In addition, completion of the passing box now enables ever larger vessels to pass each other simply and safely.”