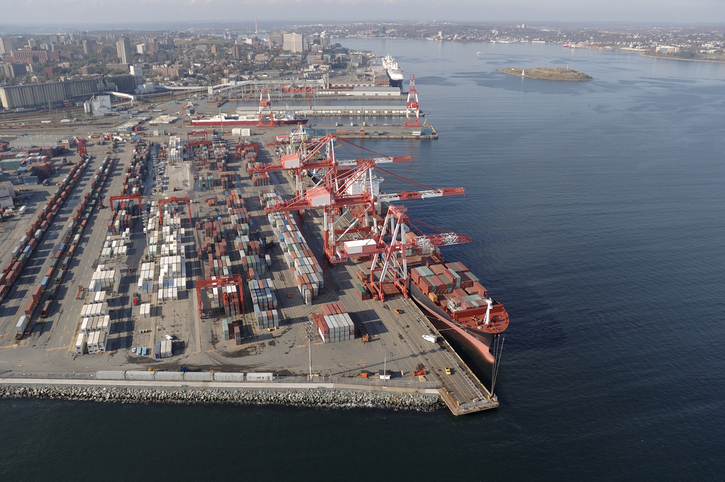 The Port of Halifax has said its South End Container Terminal extension is complete and fully operational after becoming the longest and deepest container berth in Eastern Canada.

The terminal, operated by PSA Halifax, now has the longest and deepest container berth in Eastern Canada with 800m continuous length and 16m depth. It has already received its first vessel, the ZIM Tarragona, which called on 23 October 2020.

The Port said the recent installation of a new Super Post-Panamax (SPPX) crane, the largest in Eastern Canada, brings the total compliment of SPPX quay cranes at PSA Halifax to five.

Vessels over 15,000 TEU already calling further show how the Port of Halifax is a significant player amongst East Coast deep water ports and is taking part in the growing deployment of Ultra-Class Container Vessels.

Kim Holtermand, CEO & Managing Director, PSA Halifax, said: “PSA Halifax handles the largest container vessels calling at any port in Canada and with the opening of the berth extension we have the capability to berth two ultra-class vessels simultaneously, or three vessels on the strategically important Mediterranean, North Europe and Regional trades that support Atlantic Canadian exporters and deliver for those global Ocean Carriers that frequent our terminal.

Allan Gray, Halifax Port Authority President and CEO, also commented: “All of us are absolutely thrilled to see this project at successful completion. The construction team has done an excellent job navigating expected challenges like inclement weather, and they did it without serious incident during a global health emergency that continues to impact just about every aspect of life as we know it.

“The completion of this project comes at the same time we are seeing the first of the 15,000+ TEU Ultra-Class Container Vessels calling at our port, and it will help ensure we remain a competitive international gateway which will provide tremendous benefit to national trade corridors, the local economy and the Province of Nova Scotia.”