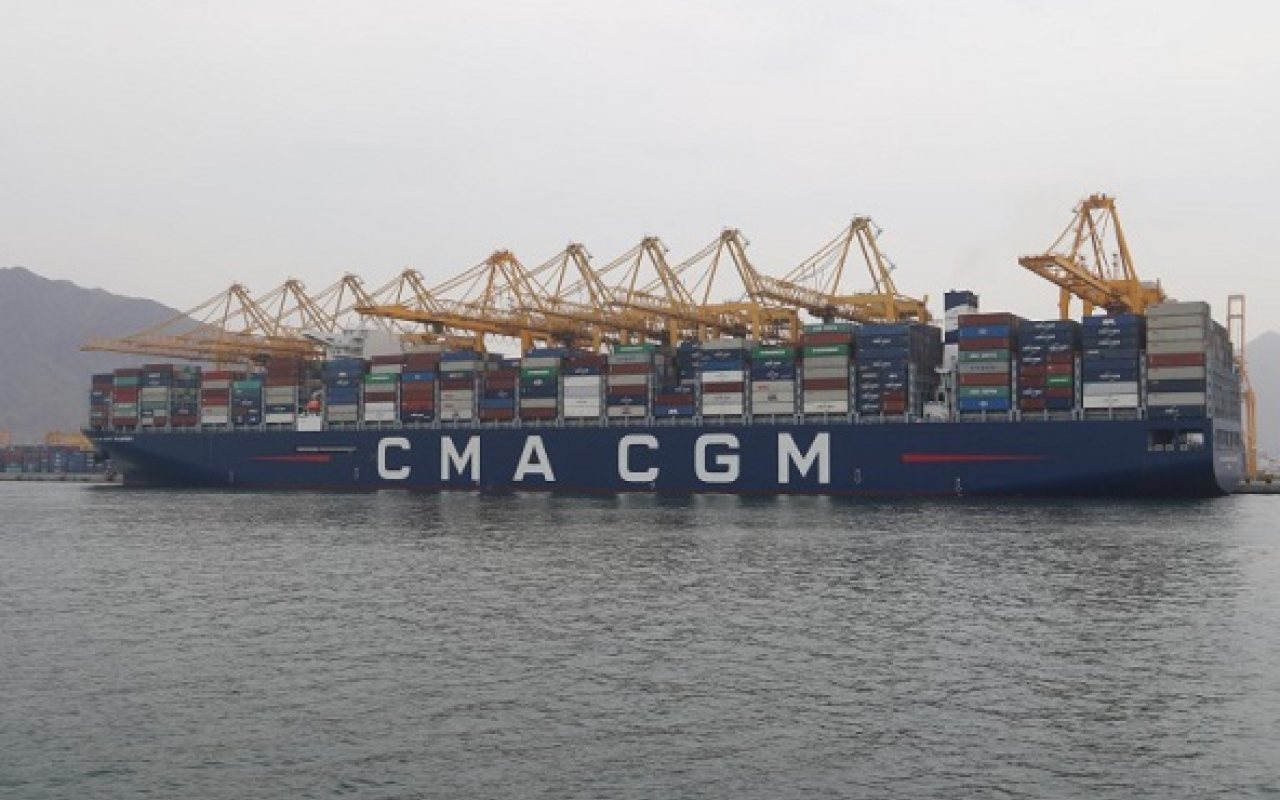 Gulftainer welcomed the CMA CGM Antoine De Saint Exupery on its maiden call at its flagship Khorfakkan Container Terminal (KCT) on the east coast of the United Arab Emirates (UAE).

With a capacity of 20,600 twenty-foot equivalent units (TEU), the 400-metre ship is one of the largest containerships in the world and marks KCT’s largest ever vessel call.

French-based CMA CGM is the third largest container shipping company with 445 vessels with a combined capacity of over two million TEU.

The company deployed the newbuilding on its French Asia Line 1 service, which connects Asia to Northern Europe.

Prior to its arrival at KCT, the vessel, which is longer than four football fields and bigger than the Empire State Building and the Eiffel Tower, had made calls in a number of major ports within Europe.

The CMA CGM Antoine de Saint Exupéry was caught on camera when it visited the Port of Hamburg, securing its place as the largest containership to call at the port

Speaking on the occasion, Peter Richards, Group CEO of UAE-headquartered Gulftainer, said: “We are delighted to welcome the CMA CGM Antoine De Saint Exupery, at our flagship Khorfakkan Container Terminal.

“Receiving one of the largest containerships in the world signifies our ability to deliver the highest standards of operational efficiency, which is of tremendous value to large vessels such as this.

“It represents another achievement for Gulftainer and is a testament to our strengthening relationship with the CMA CGM group, as well as their confidence in us.”

The Journal of Commerce has recognized KCT, Gulftainer’s flagship terminal, as the fastest terminal in the MENA region and third-fastest in the world.

Its strategic location on the main Asia Europe trade lane, combined with the ability to connect the Gulf, Indian Subcontinent and East Coast of Africa, makes KCT an ideal hub for main line carriers.

In the UAE, the company also operates the Sharjah Container Terminal (SCT) and the container operations at Hamriya Port on behalf of the Sharjah Port Authority.

Richards added: “Given the fast-paced changes in the industry, we are constantly reviewing our services and capabilities across our portfolio.

“While KCT has traditionally been used as a transhipment hub, we are increasingly receiving gateway cargo as well, which we see as a massive opportunity going forward.”

Read more: Gulftainer recently announced that its subsidiary GT USA has inked an agreement on terms with the State of Delaware, US, which would grant GT USA exclusive rights to operate and develop the Port of Wilmington for 50 years