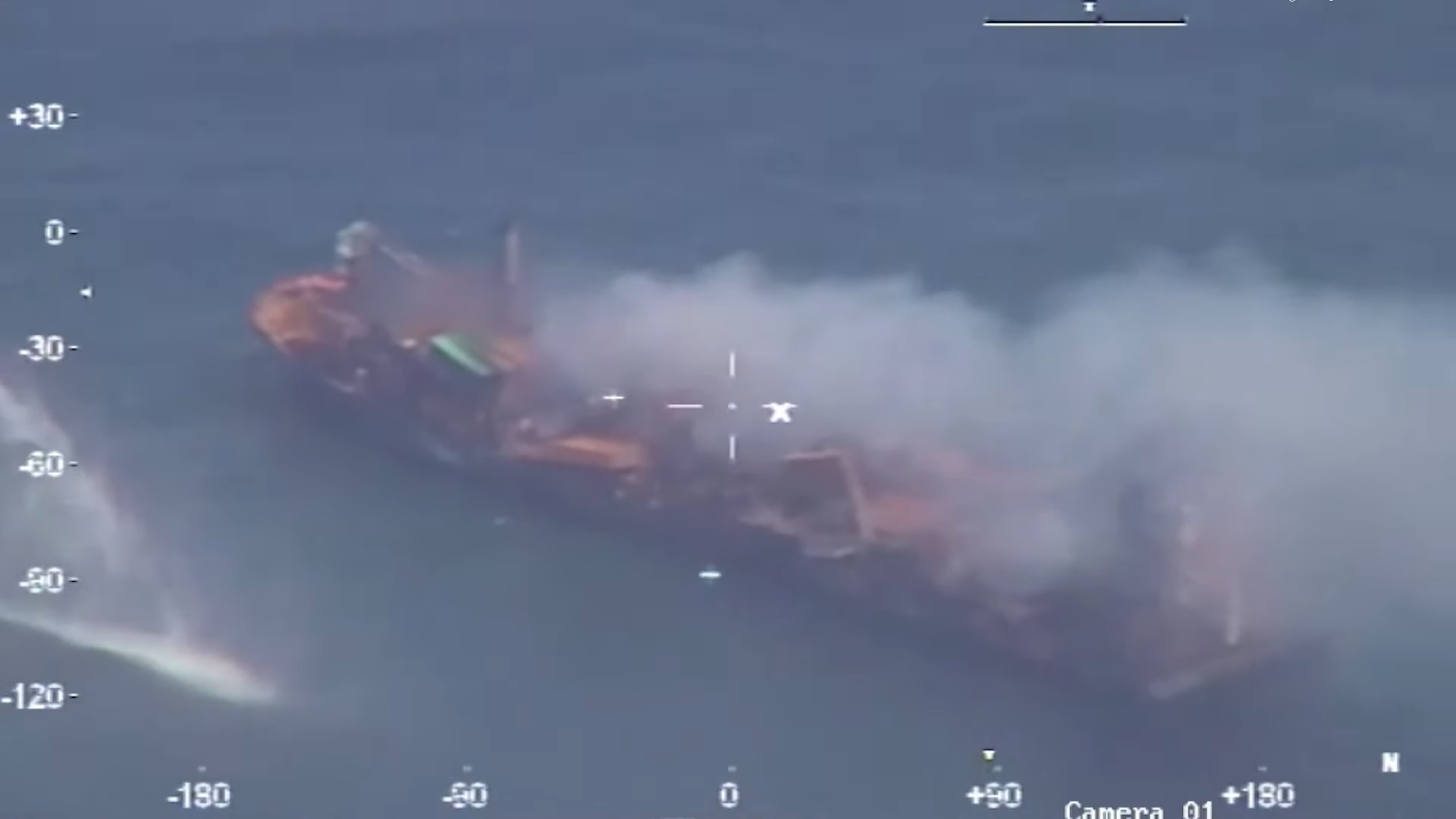 X-Press Feeders has said a grey sheen has appeared from the wreck of the X-Press Pearl, raising the possibility that it is starting to leak fuel into the surrounding sea, and that it might not be able to salvage the vessel until September 2021.

The company said in an update on 17 June 2021 the grey sheen has been seen emanating from the vessel’s stern since it sank, discolouring the surrounding sea. If this proves to be true, it could mean the vessel started to leak fuel while it sank or after hitting the seabed.

This is a change from the update given on 3 June 202 when X-Press Feeders insisted there was no pollution and no debris from the vessel, denying reports to the contrary.

Furthermore, it also confirmed the contents of all 1,486 containers on board the vessel has been exposed to seawater.

X-Press Feeders explained that it cannot be fully investigated or salvaged until the South-West Monsoon period, which lasts from June to September, is over.

It also noted that the wreck is now wholly sitting on the seabed at a depth of 21m and caretaker salvors are observing a 24-hour watch to deal with any possible debris or spillage.

“Due to the exposed nature of the anchorage to the prevailing South Westerly Monsoon, it is likely that the wreck removal can only start after the SW monsoon subsides; caretaker services will remain on site until then,” the company said.

Representatives of ITOPF and Oil Spill Response are monitoring updates from the scene and are ready to deploy in case of any reported spill.

They will continue to minimise pollution and monitor the wreck’s condition and report daily to experts ashore and government agencies.

The vessel was submerged on 15 June 2021 following a fire that began on 27 May, which culminated in it being declared a total loss within 24 hours.

Initial reports suggest the fire was caused by a chemical reaction, itself a result of a nitric acid leak in one of its containers, while it was travelling from the Port of Hazira, India, to Colombo, Sri Lanka, demonstrating the fragility of supply chains and the danger of transporting chemicals.

Industry experts are divided on how similar incidents can be avoided in the future, with some believing there is little new technologies or greater regulation can do.

“The caretakers will install navigational warning lights and markers on the wreck for the safety of other vessels,” X-Press Feeders continued.

“When conditions allow, side-scan sonar will be used to locate any sunken containers or debris in the anchorage for removal.”