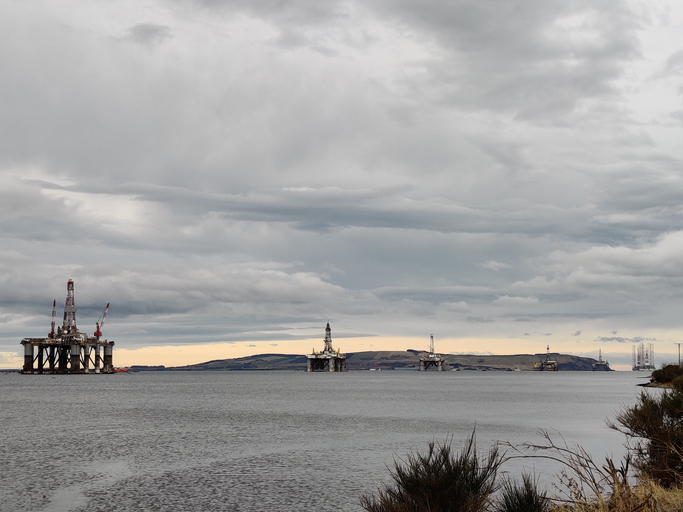 The Port of Cromarty Firth will become one of the UK’s landmark hubs for green hydrogen production and transport – capitalising on a burgeoning local demand.

The Scottish port, largely operating in renewable energy, oil, and gas projects, has moved further into the renewable fuels industry since the midpoint of 2020.

Based on the North Sea coast, the port is ideal for renewable power sourcing through wind energy to provide green power to a hydrogen electrolyser, producing hydrogen completely emissions-free.

Joanne Allday, Strategic Business Development Manager at the port, told PTI that a green-powered electrolyser will initially feed power requirements to one of Scotland’s most famous exports: whisky.

The ‘Distilleries Project’ feasibility study, working with major distilleries including Glenmorangie, Whyte & Mackay, and Diageo, found that the initial 14 tonnes produced per day would meet the distillers’ requirements and reduce carbon emissions from a particularly energy-intensive production process.

The July 2021 feasibility study recognised the port as the ideal fit for the location of the UK’s largest (35 megawatt (MW)) green hydrogen electrolyser – with construction possible by 2024.

Joanne Allday will be speaking at Port Technology’s GreenTech for Ports & Terminals on 22 and 23 September 2021. Register now!

“We have been able to quantify [demand] for green hydrogen well – particularly the regional demand,” Allday said.

Offering a completely new business model for ports and terminals and meeting net-zero requirements set out by the Scottish government, establishing Cromarty Firth as a lynchpin for green power could reverberate across industries beyond local whisky distilleries.

“We’ve been working closely with the Scottish Gas Network (SGN), and they have quantified that we could completely decarbonise the gas grid from one end –because we sit right at the end of the gas grid,” Allday explained.

“There has also been a joint study between the five local authorities in the north of Scotland looking at municipal fleets: some [cars and light vans] will favour electric, but refuse vans, wagons, and larger vehicles will be more likely [powered] by hydrogen,” she added.

In addition to local authority fleets, the green demand will continue to grow in the rail and bus sector, according to Allday. Further, the port will see demand from vessels frequenting its facilities, Allday notes.

“We’re trying to get a sense of the maritime fleet as well,” she outlined. “That’s more difficult to quantify because vessel owners are [asking]: what technology is it going to be? Is it going to be hydrogen or battery? I think that will come with time as [shippers] have given us their fuel requirements and future expectations.”

“They are all asking us what clean fuels we will have available, when they will be available, and when it will be transferred. It’s positive to be in the industry at the moment, because there’s so much change, and everyone is trying to decarbonise,” Allday noted.

Looking forward, what steppingstones do Allday and the team at Cromarty Firth need to see to make its sustainability vision a reality?

“One of them is improvement on transmission charges,” Allday explained. A transmission charge, which is the cost to transfer power onto a network, is more expensive in Scotland as opposed to south of the border in England, she said.

“It’s difficult to compete on a level playing field in the north of Scotland in particular. Anywhere south towards England, you are paying a significant percentage of cost to connect to the grid. We have an outdated grid system, hindering the development of these renewables in spite of the targets that both governments have set.”

The Scottish Government has targeted 2045 to reach net-zero emissions. Across the European Union (EU), existing ambitions aim for at least a 40% cut in greenhouse gas  emissions by 2030, with at least a 32% share for renewable energy.

To meet the target, Allday called for a subsidy system and regulatory framework in place so that early adopters of clean fuels are incentivised to help the market develop.

“We’re looking at bringing in green hydrogen next year as a pilot – but a lot of the regulations don’t exist yet,” she explained.

“I think in this instance, industry is moving a lot faster than the regulatory environment. We all need to be able to do this in the safest possible way, and also in a way that the early adopters of clean fuels like hydrogen are not significantly disadvantaged.

“The government has just opened a consultation on that, launching the hydrogen strategy last week. We’re on the right track, but it’s not quite keeping pace with the industry.”