Green hydrogen production facility being built at Port of Zeebrugge 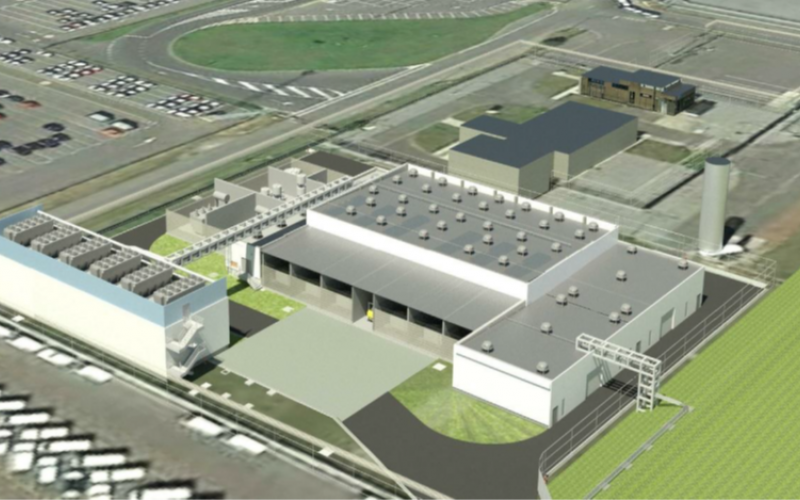 A new green hydrogen production facility is set to be built by the Hyoffwind consortium and its partners at the Port of Zeebrugge.

The Hyoffwind project was first set up in 2018 and consists of Virya Energy and Fluxys. The partnership aims to develop a power-to-gas facility that can convert renewable electricity into green hydrogen.

Recently, the two companies have signed an agreement with engineering group John Cockerill and contractors BESIX to build the green hydrogen production unit.

These partners will be responsible for the design and construction of the proposed facility.

Under this agreement, Hyoffwind will also contribute to the flexibility and balance of the energy system by providing an effective solution for the increased variability created as a result of renewable electricity production.

According to the Port of Zeebrugge, green hydrogen is considered a crucial building block for a renewable energy economy as it can be used for a variety of applications.

Following the outcome of a feasibility study, carried out with the support of the Federal Energy Transition Fund, a tender process was started involving multiple parties. The permit application process began in late 2021 and the consortium expects to receive a permit by mid-2022.

The final investment decision is forecasted to be made over the next few months. This is subject to the granting of subsidies by the Flemish government under its recovery plan.

In 2020, the government awarded €8 million ($9 million) in strategic ecological aid to Hyoffwind. Flemish Minister for Economy and Innovation Hilde Crevits will provide another €23 million ($26 million) under the recovery plan.

Overall, this project at the Port of Zeebrugge is expected to make a major contribution to the Flemish, Belgian and European hydrogen strategy by taking the first step towards the development of Flanders and Belgium as European green hydrogen hubs.

“With Hyoffwind, we are entering the next stage in the transition towards more fit for purpose green energy sources by enabling the start of a green hydrogen supply chain,” said Paul Tummers, CEO of Virya Energy.

“The availability of clean hydrogen is set to further decarbonise industries such as transport and logistics. By partnership with John Cockerill and BESIX, we have the complete know-how and experience to become one of the first important building blocks supporting the European hydrogen strategy.

“At Virya Energy, we see the development of green hydrogen as a crucial element towards an end-to-end green energy service offering.”

Pascal De Buck, CEO of Fluxys, added: “As an infrastructure company, we are shaping the future energy system by making our transmission system accommodate among others green hydrogen, a carbon-neutral energy carrier.

“We want to be an active actor of the energy transition in Belgium, with a view to making our country an import and transit hub in a European wide hydrogen backbone.

“Together with our partners, we are convinced the Hyoffwind project can bring a significant contribution in that respect, as it has the potential to help kickstart a hydrogen economy in our country.”

Jean-Luc Maurange, CEO of John Cockerill, also commented: “With our partner BESIX, we are honoured to have been selected by Virya Energy and Fluxys for this landmark pioneer green hydrogen project.

“As the world-leading designer and manufacturer of high-capacity alkaline electrolysers, John Cockerill is fully committed towards the energy transition.

“With our rapidly growing team of hydrogen experts based in Belgium and France, we strive to constantly develop innovative technological solutions. This project really answers the need of our times. It is a significant step forward in the fight against climate change.”

The Port of Zeebrugge has also recently extended its concession agreement with COSCO Shipping Ports Limited (COSCO) for another 15 years.

The extended concession period for the CSP Zeebrugge container terminal, located at the Albert II dock, took effect from 1 January 2022, and will now run until 31 December 2055. The signing took place during an online ceremony.