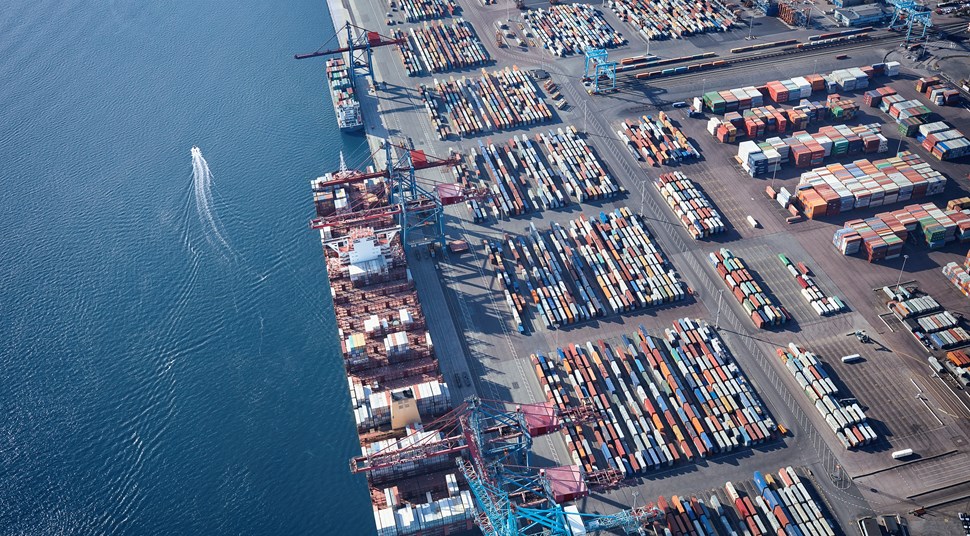 APM Terminals Gothenburg has launched a new climate strategy, Green Gothenburg Gateway, to support the port’s climate goal of reducing carbon emissions by 70% throughout the whole of the Gothenburg area by 2030.

Parts of the strategy includes a machine part completely run on renewable fuels, a doubling of rail-borne freight and optimizing of loading and discharging operations.

Under the Green Gothenburg Gateway, the terminal is aiming for a fossil-free future following a series of innovative measures, such as electrically operated cranes and gates, and terminal buildings heated by biogas. The container handling equipment, including more than 40 straddle carriers, will be powered by fossil-free fuel HVO100. All measures are to be implemented by 2020.

Over the next three years, APM Terminals Gothenburg intends to double the freight volumes transported by rail. The operator has already modernized and increased the capacity of the terminal’s rail handling system.

Outside the terminal, the Gothenburg Port Authority has invested about 50 million Euros in the Railport Scandinavia network.

In a statement released on 6 December the Port of Gothenburg highlighted other initiatives regarding environment and climate issues.

These include shoreside power of vessels which has been available since the early 2000s and a port tariff discount for vessels that report good environmental performance which has been in place since 2013. Gothenburg Port Authority has been climate neutral since 2015.

“A growing number of transport purchasers are demanding a solid, assertive, and quantifiable environment and climate work, which is a fact that gives us a competitive edge over other ports. Alongside increased digitalization and growth, we regard our environment and climate work as a key factor that will enable us to achieve our vision of becoming the world’s most competitive port,” said Elvir Dzanic, Gothenburg Port Authority chief executive.

In October 2019 the port authority adopted new exacting environmental goals. Under these new goals, port-related carbon emissions will be reduced by 70 per cent by 2030. Not only within the port itself but also throughout an area extending from the outer port entrance 15 kilometres the west, right up to the city boundary.

“This is unique. There is no other port in the world that is working according to such a strict environmental target. But despite our spirit and determination, it will be difficult to realise our goals if we do not have the major players in and around the port with us all the way. We are extremely pleased with the investments that are being made by APM Terminals Gothenburg,” said Dzanic.