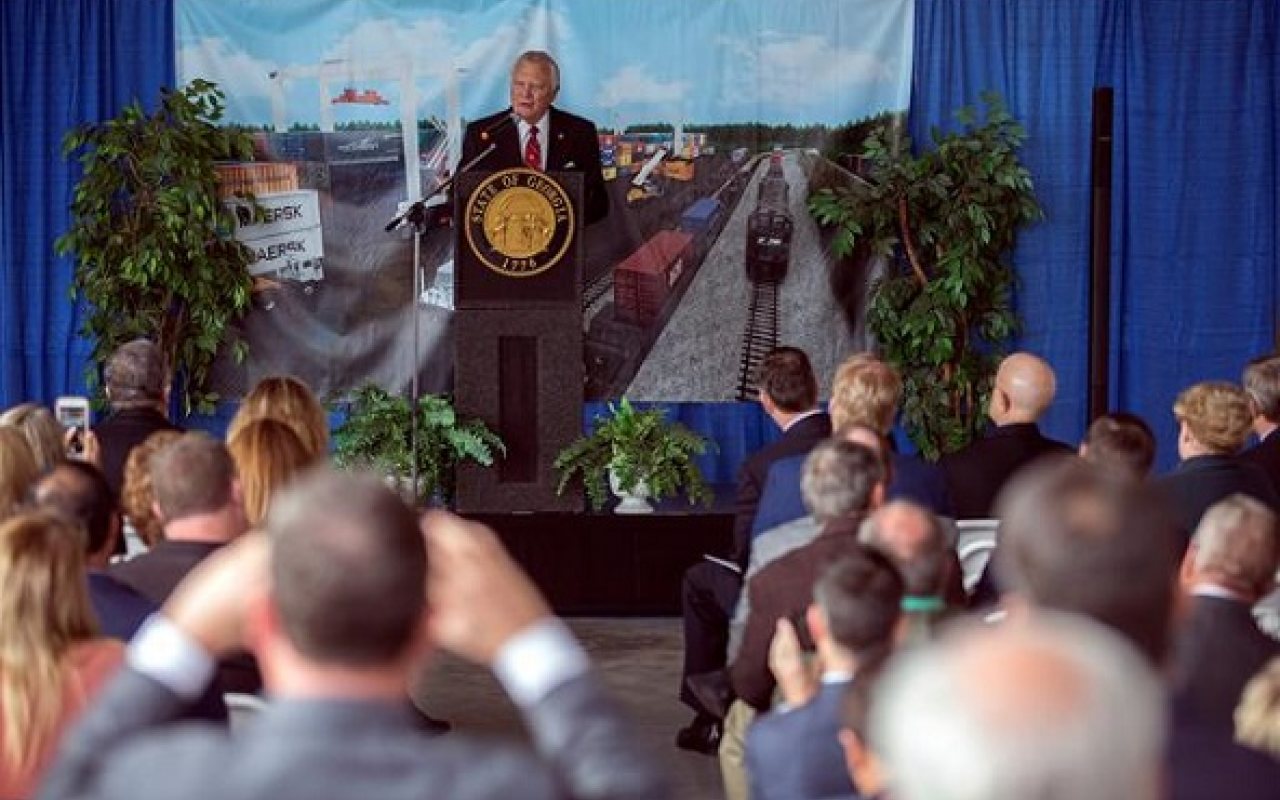 Governor Nathan Deal, and representatives from the Georgia Ports Authority (GPA), have announced plans to construct the GPA’s next inland port in Hall County.

Set to open in 2021, cargo moved via the Northeast Georgia Inland Port, situated near Gainesville, will reduce Atlanta truck traffic by shifting a significant proportion of container transport to rail.

According to a statement, the 104-acre facility will also draw from the 1.5 million population in counties surrounding Hall, such as Gwinnett.

The terminal is to be operated by the GPA and served by Norfolk Southern, which will handle both import and export containers, as well as providing a direct rail route to and from the Port of Savannah's Garden City Terminal.

Currently, containers moving by truck travel a 600-mile roundtrip to and from the Port of Savannah.

When the new rail yard opens, drivers will be able to make shorter trips from area manufacturers and distribution facilities to the Northeast Georgia port.

.@GaPorts currently has an operating fleet of 30 ship-to-shore #cranes, more than any other single terminal in the nation. By 2028, GPA will expand its STS crane fleet from 30 to 42 cranes. Video: Port Police Lt. Jeremy Polston pic.twitter.com/mmhBtQxujk

Speaking in Gainesville on December 3, 2018, Governor Deal said: “The Northeast Georgia Inland Port will be situated in the heart of the manufacturing and logistics corridor along Interstate 85, an important region for the production of heavy equipment, food and forest products.

“Besides serving these existing port customers, it will also act as an economic development tool, drawing new investment from business and industry to Hall and its surrounding counties.”

“The new rail hub will allow importers and exporters to move loaded containers to the coast with greater efficiency, and provide a ready source of empty containers for Georgia exports.”

“That’s good news for Georgians, who will benefit from increased employment options as more companies expand or locate here. Georgia Ports already support more than 440,000 jobs across every corner of the state.”