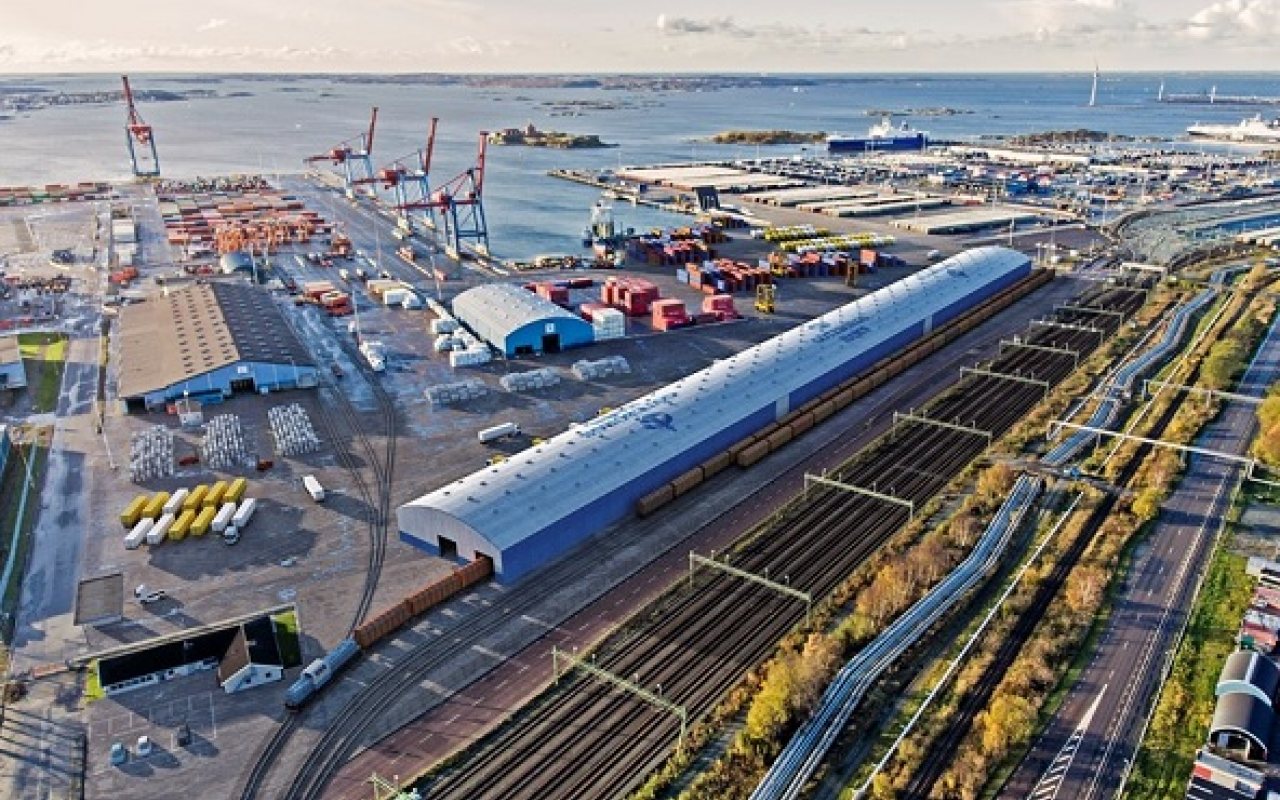 The Port of Gothenburg has revealed that the construction of its Svea Terminal, a rail-connected crossdocking facility for forest products, has now commenced.

According to a statement, the new facility is set to begin operations in the first half of 2020 and will offer weather-protected transloading immediately beside the port’s ro-ro and container terminals.

Once completed, export cargo such as paper- and carton board, pulp and sawed timber will be able to travel directly into the terminal for transloading into containers or trailers, improving the efficiency of onward transport to global markets.

With the world’s largest storage tent on-site at 21,600 square metres (sqm) – described by Gothenburg as being the size of three football pitches – transloading of forest products will take place in unexposed conditions.

In addition to this tent, the 45,000 sqm terminal will contain open storage areas and five rail tracks, one of which will be a production track leading into the facility’s storage track.

Reinforcement of the surface areas at Svea Terminal is underway (Credit: Port of Gothenburg)

Claes Sundmark, Vice President, Container, Ro-Ro and Rail at Gothenburg Port Authority, commented: “Once the new terminal is operational, rail-borne freight volumes at the port could increase even further thanks to the expansion in space and transloading capacity that has been added to keep pace with the market demand.

The new marshalling tracks will also reinforce the port’s rail offering as a whole.”

Svea Terminal, which will be linked to the Railport system, is one of many rail investments made by the Port of Gothenburg to “increase capacity and reliability”.

The terminal operator also made it clear that the improvement of services between China and Sweden is a work in progress… @APMTerminals @PortGot #PTIDaily #Europe #China #SupplyChainhttps://t.co/98gazClpvb

Other initiatives that have boosted the port’s rail capabilities include the building the Arken Combi Terminal, completed in 2018, and APM Terminals’ efforts to modernize rail operations at Sweden’s largest trade hub.

Sundmark added: “Compared with the other larger ports in the world, we have an extremely high proportion of containerised goods that pass through the port by the Railport system.

“This is largely due to the virtually unbeatable rail concept constantly under development in partnership with the Swedish Transport Administration, freight owners, rail operators, shipping lines and port operators.”