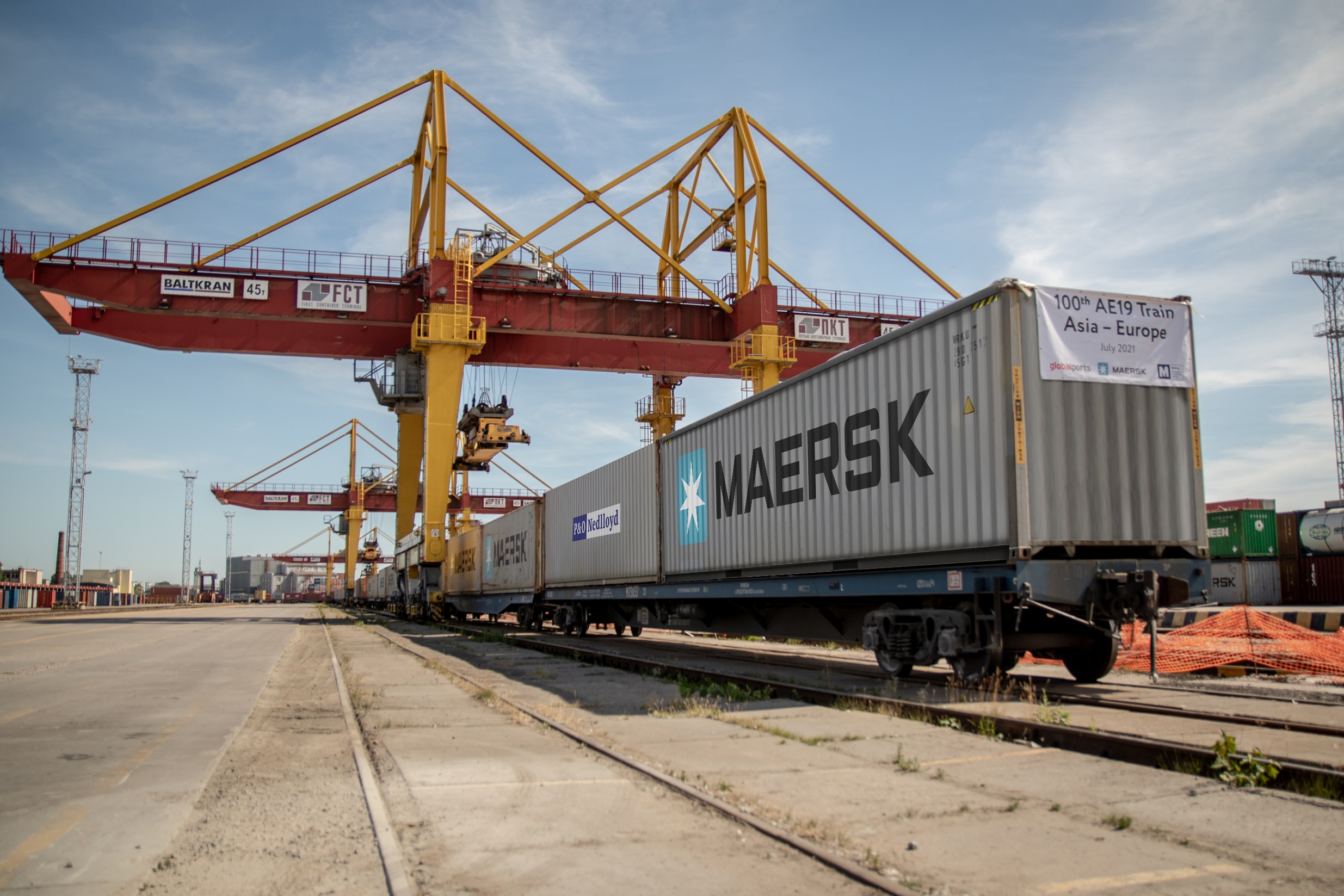 In a statement, the terminal operator said the intermodal service the organised in partnership with Maersk and the transportation company Modul.

The train arrived from Global Ports’ terminal VSC in the Port of Vostochny to FCT in the Big Port of St. Petersburg on 6 July 2021.

The train was loaded with 78 containers of 125 TEU with equipment and spare parts, batteries, furniture, fabrics, and other goods.

The containers were first delivered by sea from China, Korea, and Taiwan to VSC, where they were loaded on a train and dispatched to St. Petersburg.

The containers will be loaded onto a Maersk vessel at FCT to be delivered to Poland and on to the United Kingdom.

Zsolt Katona, CEO of Maersk Eastern Europe, said, “Two years ago launching the first transit train on the AE19 service from Asia to Europe via Russia we couldn’t imagine that today we would be able to celebrate already the 100th train on this trans-continental route.

“Such a quick development of this new transit option between Pacific and Baltic coasts of Russia became possible thanks to well-coordinated and dedicated work from all participants of this important project: shippers, partners and authorities.”

Albert Likholet, Chief Executive Officer of Global Ports management LLC, also commented, “We are seeing a steady growth in demand for transit shipments from Asia to Europe and back via Russia.

“These figures confirm the market demand for this offering and the great growth potential of the transit service.

“We are grateful to our partners Maersk and Modul and our Global Ports customers for their continued trust. Global Ports will continue to provide a high level of service throughout our terminal network and support partners in attracting cargo to the route.”