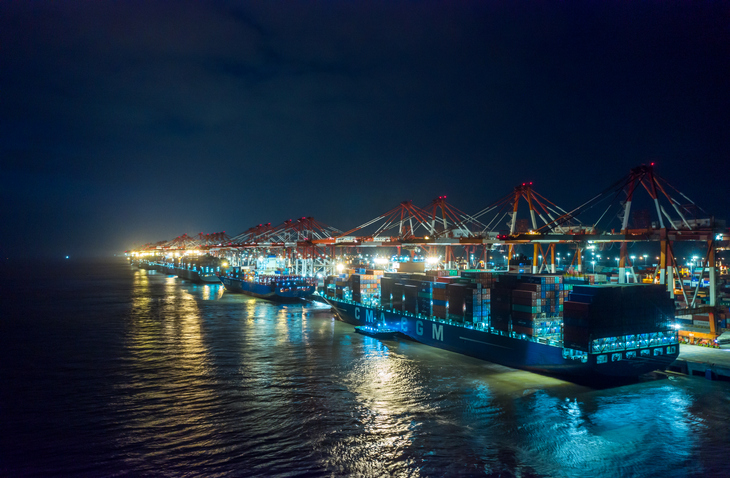 China is leading the recovery in demand for containerised goods but global throughput remains vulnerable to a second wave of COVID-19, according to Drewry Shipping Consultants’ (Drewry) latest Container Port Throughput Indices.

Drewry said it is seeing “clear signs” that demand has been improving since July, where the index rose by six points from June and crossed 130 points for the first time in 2020. However, the index was still 4.2 points lower than it was July 2019.

The Drewry Container Port Throughput Indices are a series of volume growth/decline indicators based on monthly throughput data for a sample of over 220 ports worldwide, representing over 75% of global volumes. The base point for the indices is the 100 points it reached January 2012.

Drewry attributed this growth to domestic container traffic and pointed out that China’s 10 biggest ports grew 14.8% on 2019.

Across Asia, outside China, the index increased by 3% on June but 7.8% down on 2019. Drewry described demand across Asia as “sluggish” compared to China.

In North America demand grew by 13.9%, the fastest increase of all regions in July, but still fell by 13.9% on 2019. The three biggest ports in the region – Los Angeles, Long Beach and New Jersey-New York – contributed close to 44% of the growth seen globally in July.

“The increasing likelhood of a full-blown second wave of the virus across the region does not bode well for a sustained recovery in port volumes,” Drewry said.

In a recent webinar, Drewry explained that global throughput had been slowing since the second quarter of 2018 and that the effects of the COVID-19 pandemic had pushed it into negative territory for the since 2016.

Furthermore, Drewry, said there had been a “steep downturn” in global TEU throughput growth in the second quarter of 2020.

However, global port throughput is expected to increase by 3.5% over a five-year period between 2019 and 2024. The growth will be led by the Middle East and South Asia region, which will increase by 4.5% per annum.