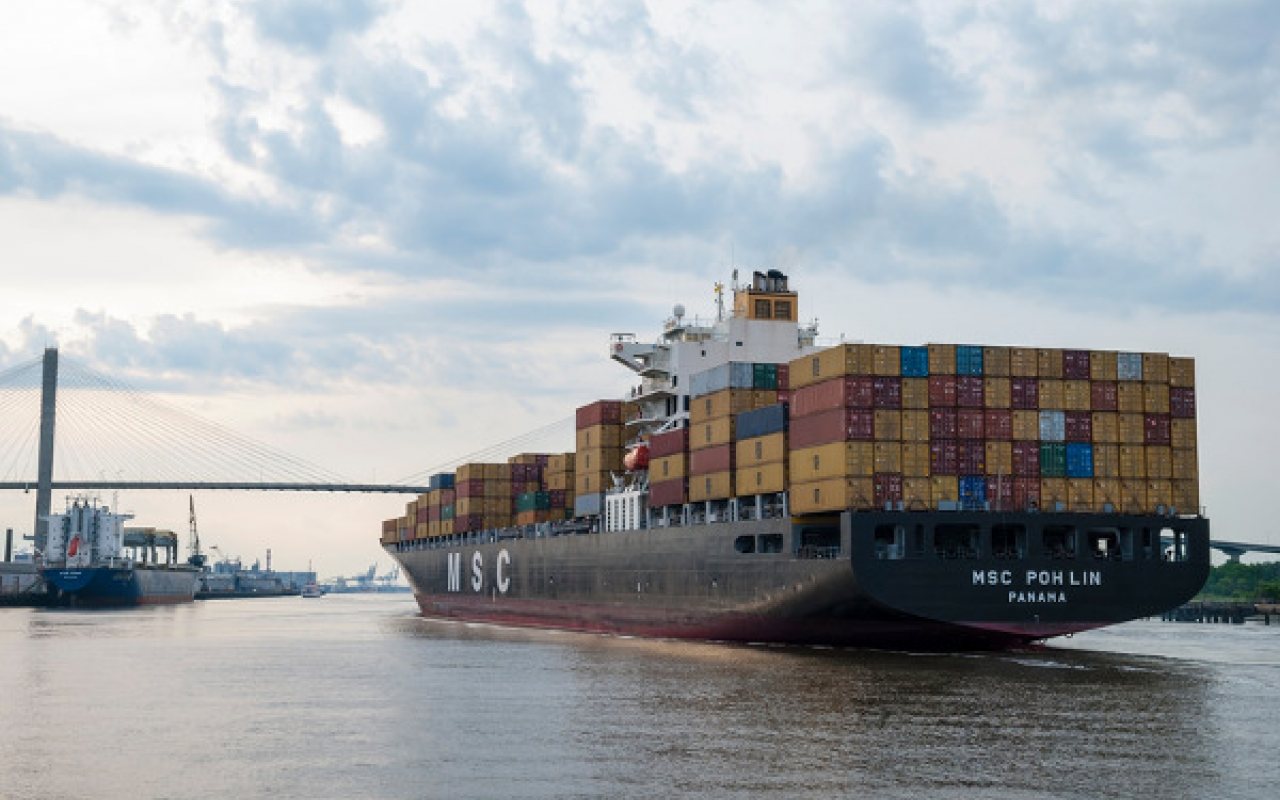 Griff Lynch, Executive Director of the Georgia Ports Authority has revealed that the GPA saw an August record of more than 330,000 TEU, an increase of 5% compared to August, 2015.

Lynch said: “August container unit volumes were the third highest in the Authority's history, behind April and May, 2015 at the height of diverted cargo from the West Coast. Loaded imports continue to perform well, demonstrating a high level of diverted cargo retention.”

Total cargo across all terminals reached more than 2.3 million tonnes in August, an increase of more than 106,000 tonnes, or 4.7%.

Jimmy Allgood, Board Chairman of the GPA, said: “The Authority has started off the fiscal year on a strong footing, with positive year-over-year growth in both July and August. Our volumes have exceeded previously forecasted levels, but are in line with expectations for the balance of FY2017.”

The initiative will focus on the growth of intermodal rail, extending the Port of Savannah’s reach to capture new markets ranging in an arc from Atlanta to Memphis, St. Louis, Chicago and the Ohio Valley.

A key facet of the plan, Lynch explained, is a “game-changing” rail expansion at Garden City Terminal.

He said: “We anticipate construction on our new, mega intermodal terminal to begin this March.”

He added that additional track will allow the GPA to build unit trains at more than 3,000 metres long on terminal.

The ability to move 500 containers behind one locomotive will make more efficient use of track, lowering the per-container cost of transportation for GPA rail partners CSX and Norfolk Southern.

Lynch added: “In turn, this is a powerful incentive for them to offer faster, more frequent service to vital inland markets.”

The construction project will create the largest on-port rail facility of its kind on the US East Coast – all within the terminal’s current footprint.

Lynch said: “The project is a multi-phased program that will reconfigure the Port of Savannah’s on-dock intermodal container transfer facilities to bring rail switching activities inside the port.”

Second, the project includes rebuilding a bridge over new yard tracks and the Pipemakers Canal.

Scheduled milestones to be completed by Q4, 2020 include an SR 25 Overpass, rail track connection between Chatham and Mason ICTF, Mason ICTF expanded to service both CSX and NS and Rail Mounted Gantry Cranes delivered and commissioned.

The $128 million rail project is funded in part by a $44 million federal FASTLANE grant from the US Department of Transportation.

The remaining $84 million will be provided by GPA internal capital funds. The GPA is part of a three-way partnership with Chatham County and the Georgia Department of Transportation that is working together to design and construct the SR 25 Overpass.

Chatham County is designing the bridge structure to be placed within GDOT right of way.

Also at the authority’s meeting, Lynch updated the board on the progress of the Savannah Harbor Expansion Project.

Lynch concluded: “To date, approximately 25% of the SHEP entrance channel dredging has been completed.”