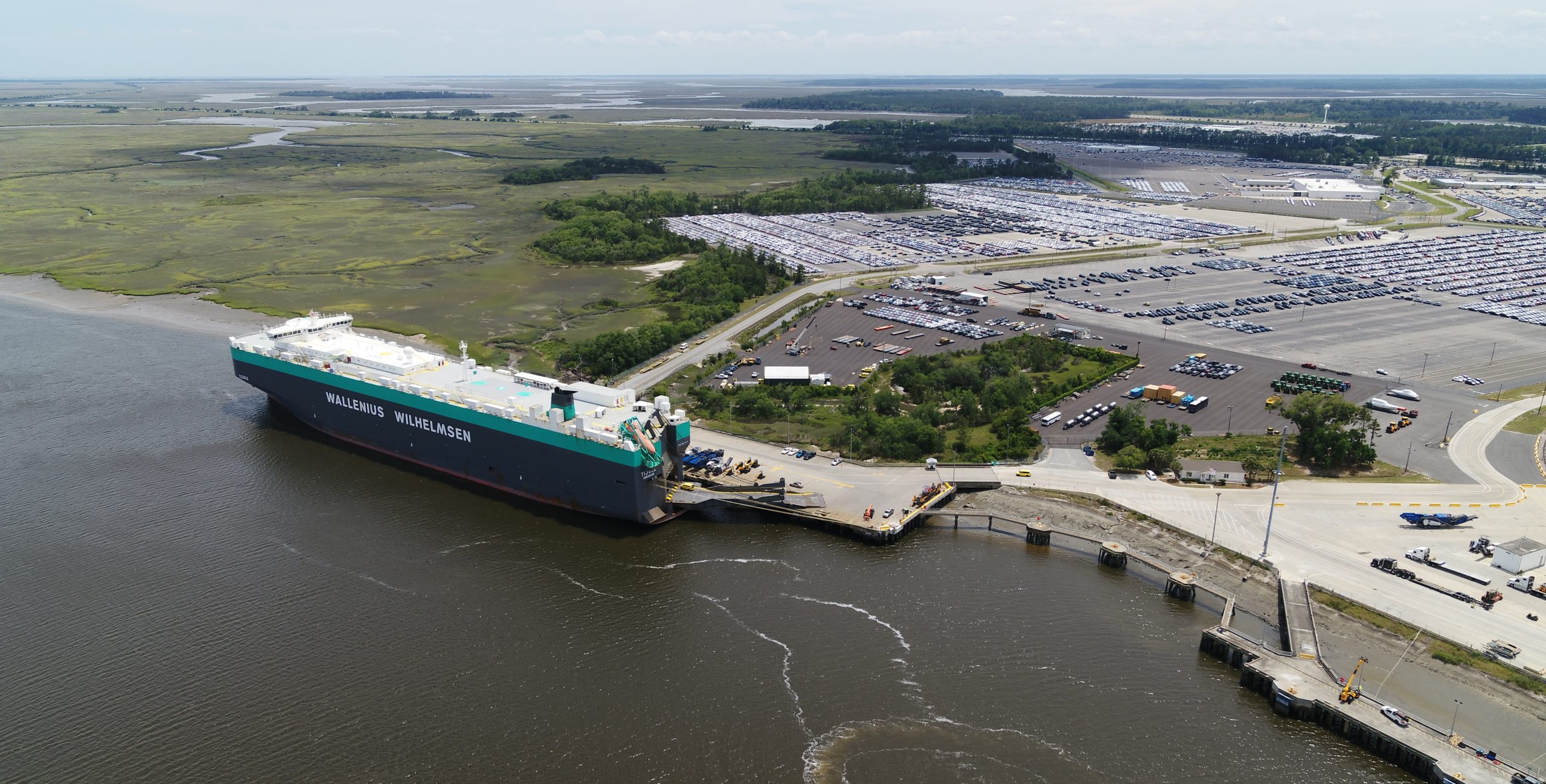 Nissan North America has chosen the Port of Brunswick, Georgia, as a new point of entry to serve US markets.

The Port of Brunswick handled 53,600 units of vehicles and heavy machinery in August, an increase of 1,700 compared to the same month last year. The auto port recently added Nissan to its list of customers.

“We are pleased that Nissan has chosen the Peach State as its gateway to the Southeast,” said Griff Lynch, Executive Director of the Georgia Ports Authority.

“Brunswick’s central location and superior connectivity, combined with the ease of doing business in Georgia, make it the perfect home for Nissan to serve the fastest growing region in the US.”

Nissan North America joins two dozen other major auto manufacturers at Colonel’s Island. The 1,700-acre terminal provides immediate access to Interstate 95, and from there, I-10 and I-16.

“Brunswick is a great fit into Nissan’s network, based on its location close to our dealerships in the southeastern US, proximity to I-95 for truck haul-away, and rail connections,” said J.S. Bolton, Director of Supply Chain Management for Nissan.

At the GPA Board meeting Tuesday, Lynch reported that August Roll-on/Roll-off volumes at the Port of Brunswick grew 3.3 per cent to 53,600 units, an increase of 1,700 units of vehicles and heavy machinery compared to August 2021.

“For manufacturers seeking to serve areas such as Atlanta, Birmingham, Nashville, Charlotte or markets across Florida, the auto port at Colonel’s Island offers the best mix of inland connectivity and a broad ocean carrier network,” said Cliff Pyron, Chief Commercial Officer at GPA.

To help accommodate new business, GPA has developed an additional 85 acres for storage.

Wallenius Wilhelmsen Solutions is building three new buildings to support its auto processing operation for Nissan and Infiniti. The buildings are expected to be complete this autumn.

At the port meeting, the GPA Board approved $60 million for additional buildings, property development and civil infrastructure to expand Ro/Ro capacity at Colonel’s Island Terminal.

The new slate of projects is in addition to $186.8 million in improvements the board approved in January and March.

A total of $25.4 million will go to upgrades for GPA common areas.

The Port of Brunswick recently received federal approval to add a fourth berth at Colonel’s Island. The project will more efficiently accommodate the larger vessels with a capacity of 7,000-plus vehicles that are becoming the industry standard at US ports.

Earlier this month the GPA ordered 12 Konecranes Rubber-Tyred Gantries (RTGs) for the Port of Savannah, Georgia.