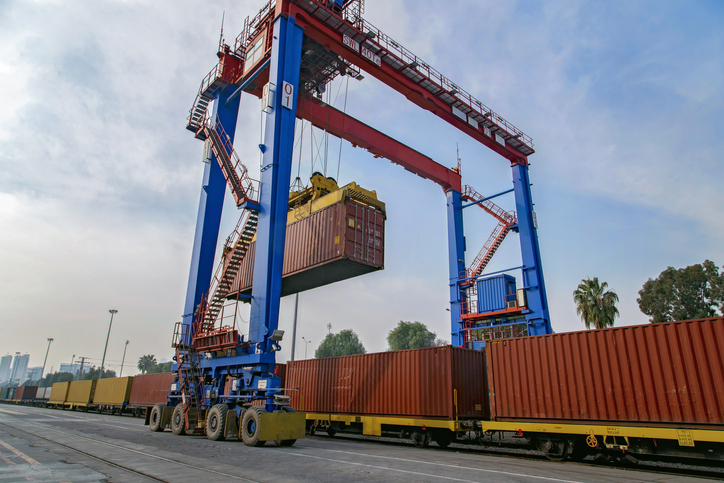 The Georgia Ports Authority, alongside Governor Brian P. Kemp, has announced it is now operating a second set of nine new rail tracks at its Mason Mega Rail Terminal at the Port of Savannah.

With the expansion, there is now a total of 18 tracks at the terminal and capacity to and from the Port of Savannah has increased by more than 30%.

“The massive new Mason Mega Railyard is coming online at the perfect time to help address the influx of cargo crossing the docks at the Port of Savannah,” said Governor Kemp. “The added rail capacity, along with new container storage on and off terminal, are already serving as important tools to resolve the supply chain issues for Georgia and the nation.

“What we are doing in Georgia is working, and I am proud that we’re helping identify solutions for hardworking Georgians and Americans.”

The GPA and its two Class I rail providers are also working in tandem to open temporary container yards to expedite cargo flow at the Port of Savannah. As of 15 November 2021, the port authority will open its first off-terminal overflow container yard less than five miles from the port.

Griff Lynch, Executive Director for the Georgia Ports Authority, added “We’re setting up multiple inland locations that will be connected via truck or rail to the Port of Savannah. We’re working with both CSX and Norfolk Southern to provide inland and off-dock locations to move these long-dwell imports off the facility. We think this will make a huge difference for both importers and exports as we clear out our yard.”

On 12 November 2021, the port authority also announced it had, for the first time in its history, handled more than 500,000 TEU in a single month.

“We couldn’t be moving a half-million TEU per month without the combined effort of GPA employees, the International Longshoremen’s Association, and the cargo owners who are clearing containers,” continued Lynch.

The Georgia Ports Authority previously announced it had invested $34 million into the Port of Savannah to help it expedite an additional 1.6 million TEU in capacity which will be delivered in two phases. Announced in September 2021, the project’s expenditures also included the purchase of 22.2 acres adjacent to the GPA’s 145-acre West Expansion property.